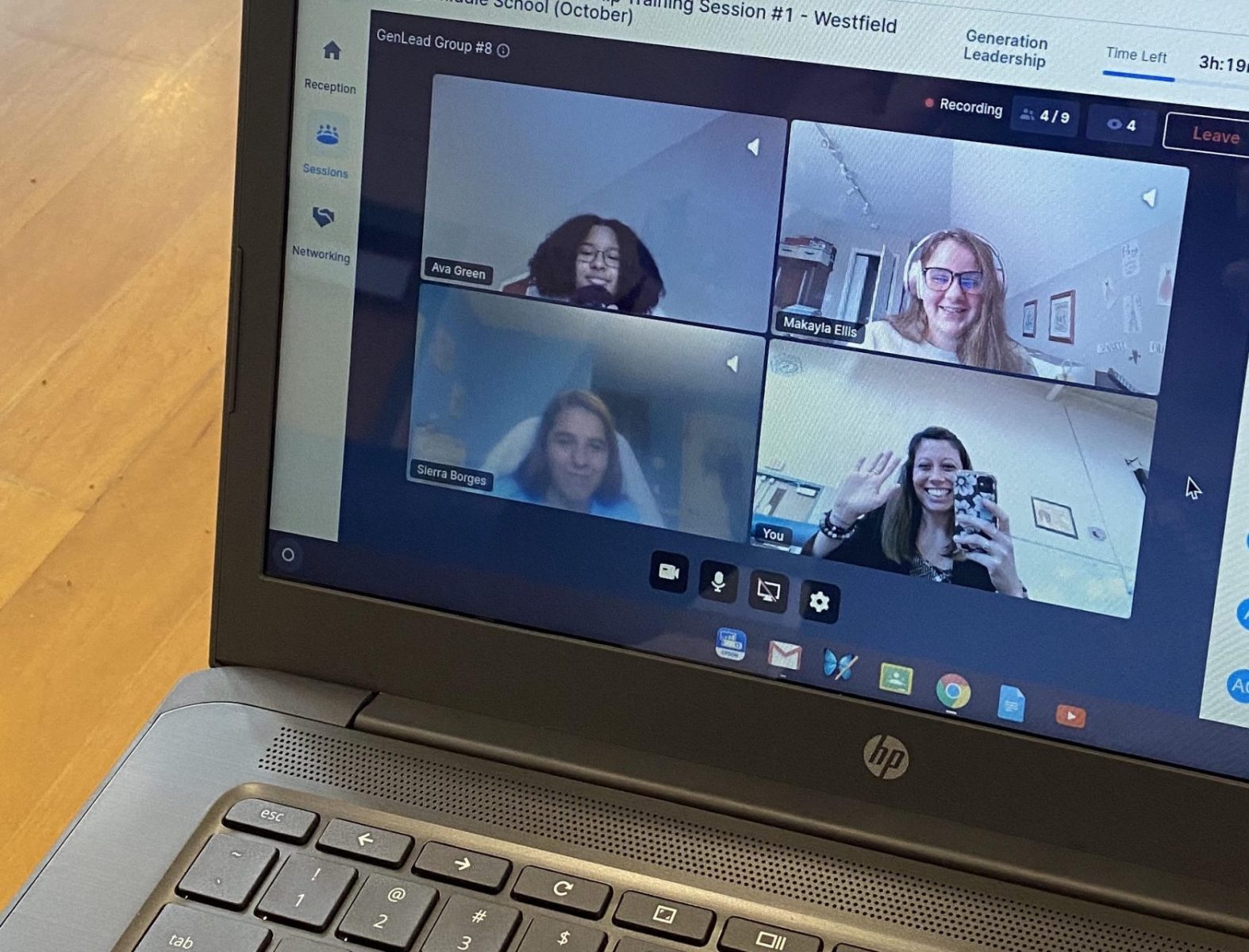 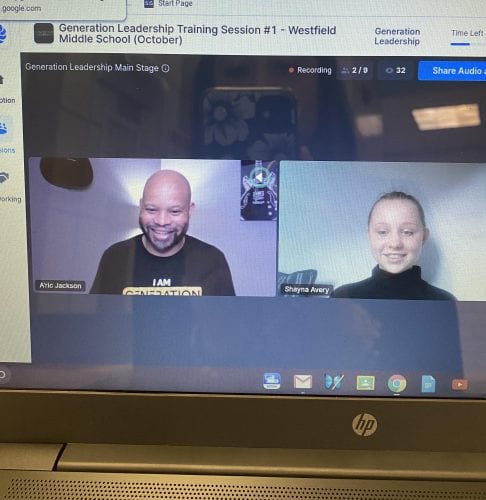 Generation Leadership was created by motivational speaker Aric Jackson as a training program for student leaders to develop their unique leadership styles. In the past three years, Jackson has participated in the launch of the program at the middle school, speaking to all of the students at a kickoff event, as well as working in a small group with the students selected by their teachers to be a part of the Generation Leadership team.

This year, the kickoff event was held online, with almost the entire student body of 800 participating. “We had almost everybody there. Kids were excited to be on, listening to him and being inspired by him. Parents were listening, too; it was neat to have them listen to his messages as well,” Kennedy said, adding that Jackson spoke about the “ripple” effect and asked students to be mindful of the ripple they put out into the world, 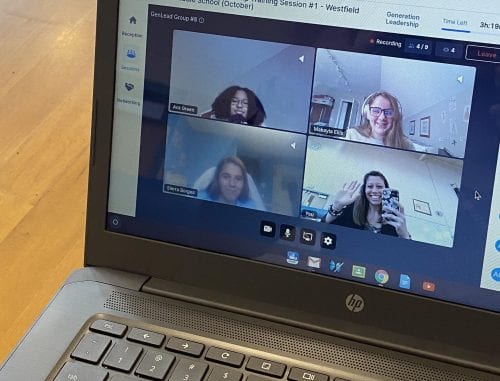 Then on Oct. 22, the group of students selected by their teachers to be a part of Generation Leadership participated in their first of three days of leadership training led online by Jackson himself.

“The students were incredible. We faced many technological obstacles, but their patience and excitement was impressive. By 9:30 a.m., the nine students in the building were participating as well as 27 students at home in Aric’s training. He led students through connection activities ultimately culminating in asking students to take the leadership and ownership over the group collectively,” Kennedy said.

Kennedy said the initial technical difficulties involved getting the video to load for the nine students gathered in the cafeteria. She got on the phone with the Tech Center, and when it finally went through, there was an uproar among the students. “That’s the kind of energy they have, all laughing at the same things,” she said.

During the training, Kennedy said the students were well-spoken, curious, invested, and thoughtful.

“Watching this experience unfold, it is so clear the value of this work and the importance of supporting our students to be leaders in their own lives, in the community, and in the world,” she said,

At the middle school, seventh-grade students returned to school every other week in A and B cohorts beginning on Oct. 19, a total 150 students per week. “It was pretty unbelievable how resilient our kids are, how strong they are,” Kennedy said, adding that school is so different, with changes such as one-way hallways and stairs.

“They’re so excited to be in school,” she said, adding that it was a little emotional on the first day. “It was a pretty powerful experience to have kids back in the building.”

On Nov. 2, Cohort A for eighth grade will begin in person school, and Cohort B the week after starting Nov. 9. Kennedy said by that week, the school will have had all of their hybrid students in at some point. She said some students love the online piece, too. “It’s neat that we have all of these different things to offer,” she said.

Kennedy said for the Generation Leadership students, they are finding a lot of opportunities for them to work on leadership skills at home or in person, by supporting each other and the school. She said one of the students was on the hiring committee for an art teacher, and they also plan to incorporate some of the students into the school’s leadership team.

Last year, some of the students created video tours of the building for new students

“There are ways for them to be leaders, even if we’re not all in the same space at the same time,” Kennedy said, adding, “We are proud of our WMS Generation Leadership students and all of our WMS students who have taken on the challenges of this year with strength and courage. Go WMS! #WMSROCKS!”