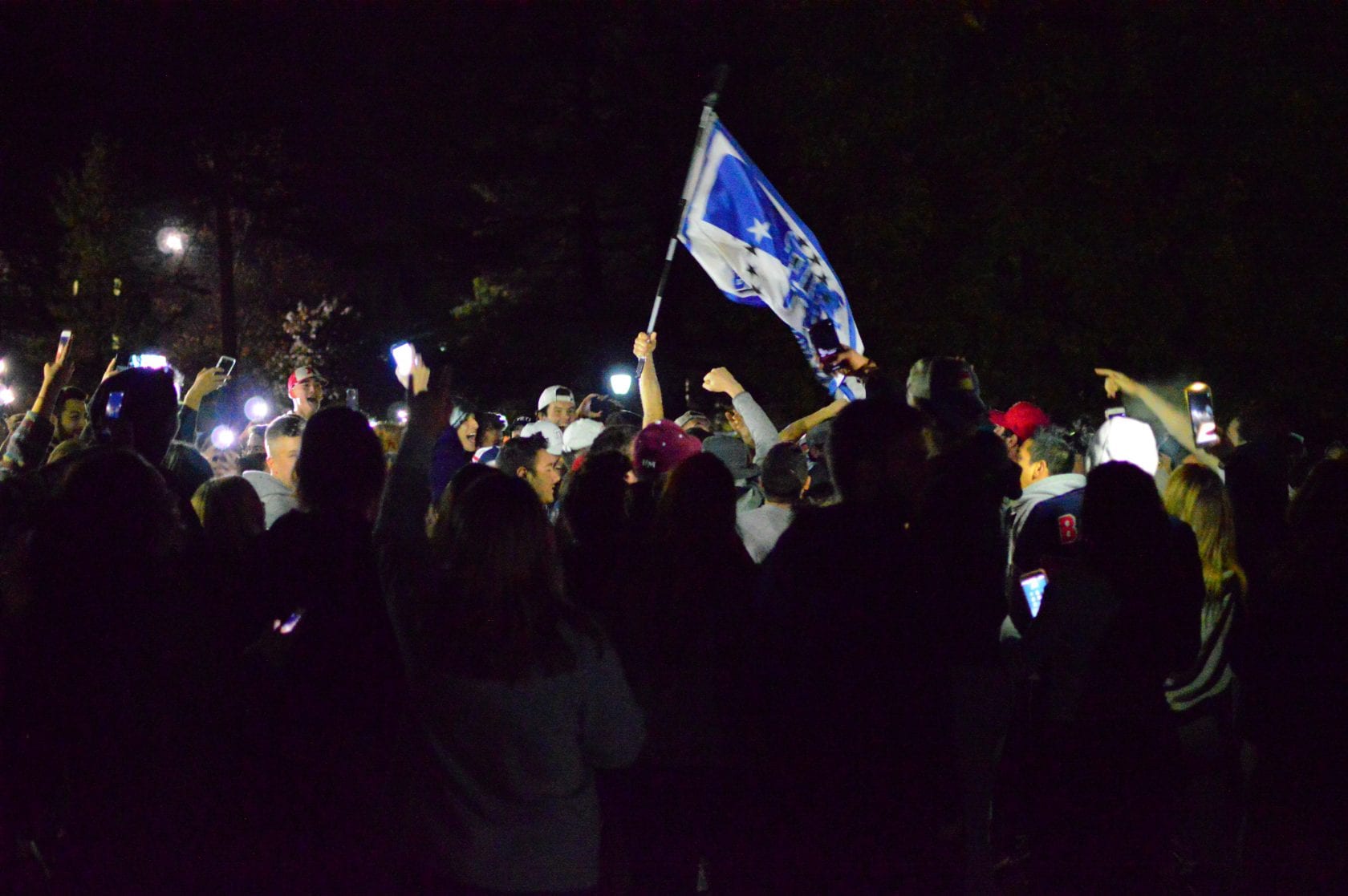 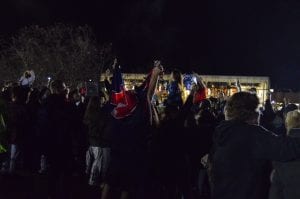 Dozens of Massachusetts State Police officers and school administrators were present on the campus green as a deterrent from students beginning to riot or doing damage to the campus centerpiece.

In previous years when the Red Sox or New England Patriots won their respective championships, students would gather around the globe and enter its enclosure.

In 2015, following the Patriots last minute victory against the Seattle Seahawks in Superbowl 49, students entered the fenced in enclosure and began violently shaking the globe until it broke apart. 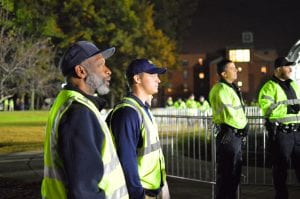 On Sunday night, State Police, local police, and campus security set up barricades around the new globe and floodlights surrounding the campus green.

After the strikeout to clinch the series victory for the Red Sox, students ran out of their dorms, but at first seemed deterred from rushing to the globe. They instead formed a group outside Courtney Hall and began chanting and celebrating. Before long they ran towards the globe and continued their celebrations there.

Despite chants of ‘we want the globe,’ the group of students never attempted to enter the enclosure. Plastic bottles were thrown about, but police never attempted to intervene to break up the crowd. The celebration broke apart on its own in 30 minutes without a major incident.

In 2017, after the Patriots defeated the Atlanta Falcons in Superbowl 51, students once again rushed the globe. When the celebrations began to escalate and harder objects such as beer cans and bottles were thrown, police arrived donning riot gear to control the crowd and prevent them from getting near the globe. 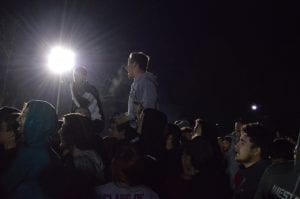 “I think the extra police presence has something to do with it,” said Carl Pickron, Vice-President of student affairs at WSU, “the students are respectful. This is good. This is why we are here.” Pickron was among the administrators standing among state police before the game ended.

“This generation of students only knows winning New England teams,” says Pickron, adding that the frequency of championships may contribute to this year’s celebration being relatively calm.

The current globe on the campus green of WSU was paid for with fundraisers held by students after the destruction of the old sculpture, according to Pickron. The fundraisers were also supplemented by Residential Life. The old globe was originally located in the lobby of what is now the Horace Mann center before it was moved to the campus green.

It is unknown if any arrests occurred during the celebrations.