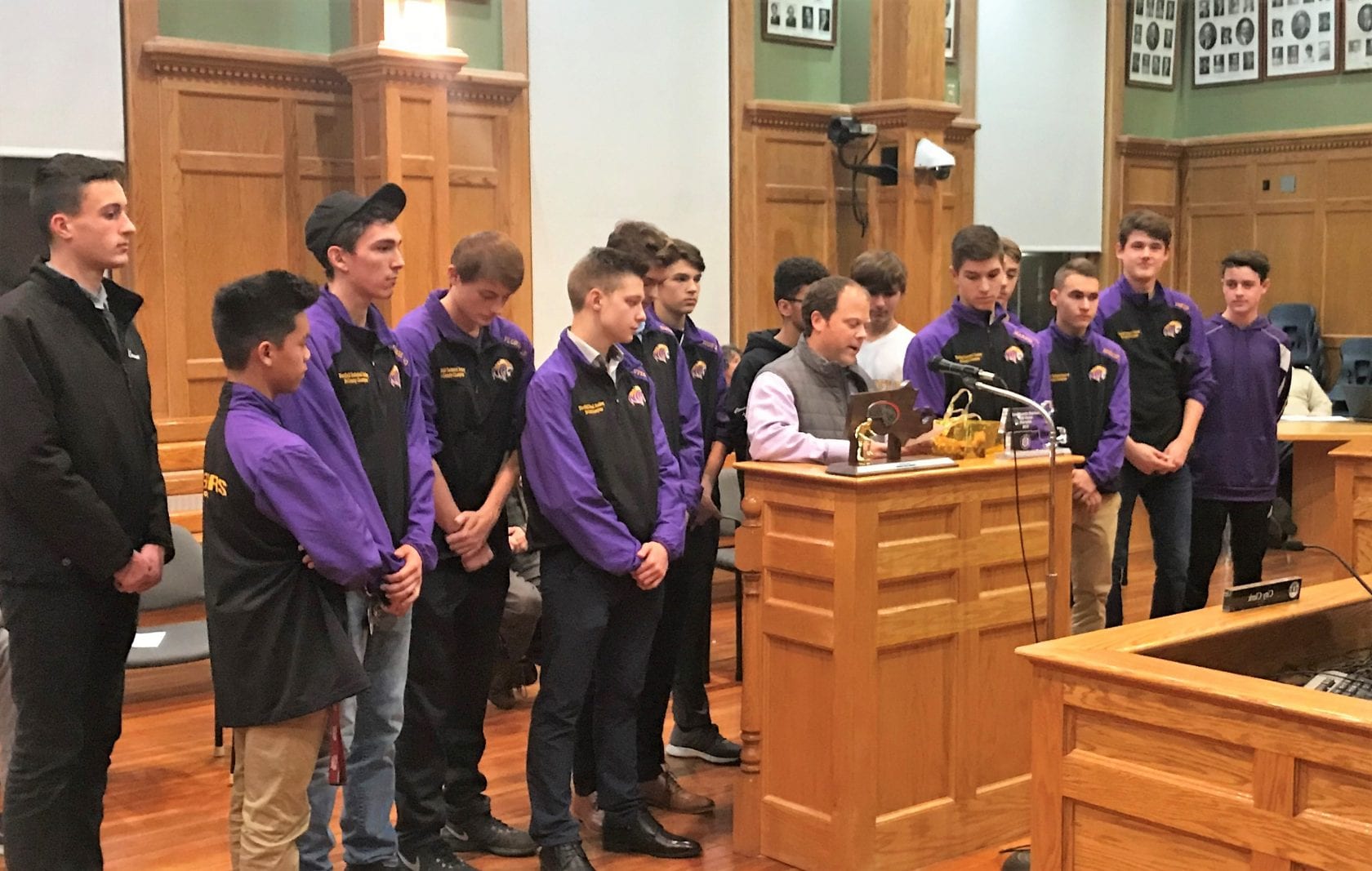 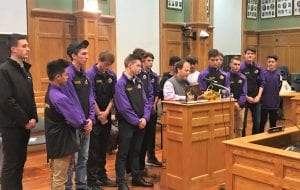 WESTFIELD – The Westfield Technical Academy boys soccer team was highlighted for their achievements this fall at Monday’s School Committee meeting. Athletic Director Daniel Trudeau introduced the team and coach Kyle Dulude, who he said he had coached against at his previous school, but “it was cool to be a fan of them this year.”

Trudeau called their finish as runners up in the Division 4 state championship “an unbelievable accomplishment. They are a great group of kids, with a great leader,” he said.

Dulude thanked the Superintendent and the School Committee for their support. He said the team won the state vocational tournament for the third time, and entered the Western Mass tournament undefeated 21-0. He said it was hard to lose by one goal, but one of their lessons was “striving for perfection is more important than being perfect.”

Dulude said they were the first vocational team to make it to the finals, to “break the barrier.” He thanked Trudeau for showing up at the games. “Our players knew Dan because he made an effort, which all the kids appreciated,” he said.

Dulude also said the team wore the initials K.S. for Kevin Sullivan, “celebrating a life well-lived.” He said they wanted to retire one of the jerseys in his honor, and gave it to Mayor Brian P. Sullivan at Monday’s meeting.