WESTFIELD – It was from during the country’s darkest days that one of local sports’ fans brightest creations was born.
In the 1930s, United States President Franklin Roosevelt attempted to revive the economy with a plan, known as the “New Deal,” and from it some nearly 600 unemployed Westfield residents (and millions of other Americans) got back to work.
This information, graciously weened from the pages of local sports author Daniel Genovese’s comprehensive book, “The Old Ballground: Volume 2: Town Teams & Bush Leaguers,” goes on to detail the evolution of baseball in the Whip City by highlighting the significance of some local residents who made it all possible. 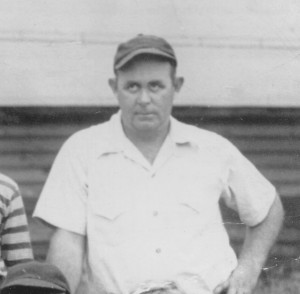 One of the projects by the Works Progress Administration featured the installation of a major recreational facility, Municipal Field.
The project, which cost $150,000, would be comprised of three levels – one with a baseball diamond, football field, running track with jumping and pole vault pits, concrete grandstands, and a field house; another ball field, known as Jachym Field, which included a field hockey field, a softball and baseball diamond; and a lower tier which included tennis courts, horseshoe lanes, basketball courts, croquet, handball, volleyball, and paddle tennis courts, as well as another field house.
During the four decades spanning the 1920s through 1950s, William George Bullens dedicated his life to playing baseball, empowering the city’s youth by running a baseball school with another notable local sports figure, Joe Jachym, teaching the fundamentals of the game.
As a coach and playground director, Bullens committed to keeping Westfield’s diamond shining. In turn, the City of Westfield later dedicated the field to him.
It was during this time, in the early 1950s, that Babe Ruth Baseball was born. Over the course of the next 65 years, the league expanded from 10 teams to now include some million-plus players on more than 60,000 teams spanning the entire country.
As Babe Ruth Baseball grew, so did the sport in the City of Westfield.
The middle tier of Municipal Field land donated by Albert Steiger was named after Joseph Jachym, a local ballplayer who graduated from Notre Dame and went on to play in the minor leagues and worked for the Detroit Tigers (1939).

After exiting the majors, Jachym returned to the Whip City to coach the Westfield Trade School baseball and basketball teams from 1939-1965. He went on to win city championships in basketball and Bi-County League championships in baseball (1955, ’59, ’60, ’65).
As baseball continued grow into America’s pastime, Little League ballparks emerged on Cross Street and Papermill Road in the early 1980s. Little League dedicated the field to Ralph E. Sanville, a local spectator who tragically died at a ballgame.
Throughout the last 100 years or so, other ballparks cropped up throughout the city.
In 1908, Milton B. Whitney, a rich banker and chairman on several city boards, donated land for a park which three years later was named Whitney Playground. It stands as the oldest designated playground in the city and is now home to the Westfield Technical Academy Tigers’ softball team, and the city’s adult softball league.
It is also through the generosity of other local residents that allowed Little League softball players to reach lofty heights, including a World Series berth.
In the 1920s, Sadie Knox inherited property from her father, Vincent Barnes, one of the biggest landowners in the entire state. She eventually turned the land over for the development of Barnes Airport. Her son received the family homestead, which was later given to the city for a playground, now known as Sadie Knox where Little League softball players play.
Ballparks have cropped up all over the city during the last 100 years – some since of which have since come and gone – like Crane Park, East Mountain Playground, and Hampton Ponds Playground.
For a sport that began with just one local ball club playing against the likes of Northampton, Southampton, and Thompsonville (Conn.) in 1889, Westfield baseball has come a long, long way.
Notes: “The Old Ball Ground,” the inspiration is actually located right in the middle of Broad Street, across from the fire station. General Shepard is located in dead center field facing toward home. This dates back to the mid-to-late 1840s, beginning with a unique early version of the game called wicket ball, which evolved into baseball. This ball field was used until the mid 1870s. Obviously Broad Street was not as busy as it is today. – Material was used from local author Daniel Genovese’s book, “The Old Ballground: Volume 2: Town Teams & Bush Leaguers and “Westfield Massachusetts 1669-1969: The First Three Hundred Years” written by Edward C. Jones and Roscoe S Scott. Local historian Robert Brown also contributed to this story.