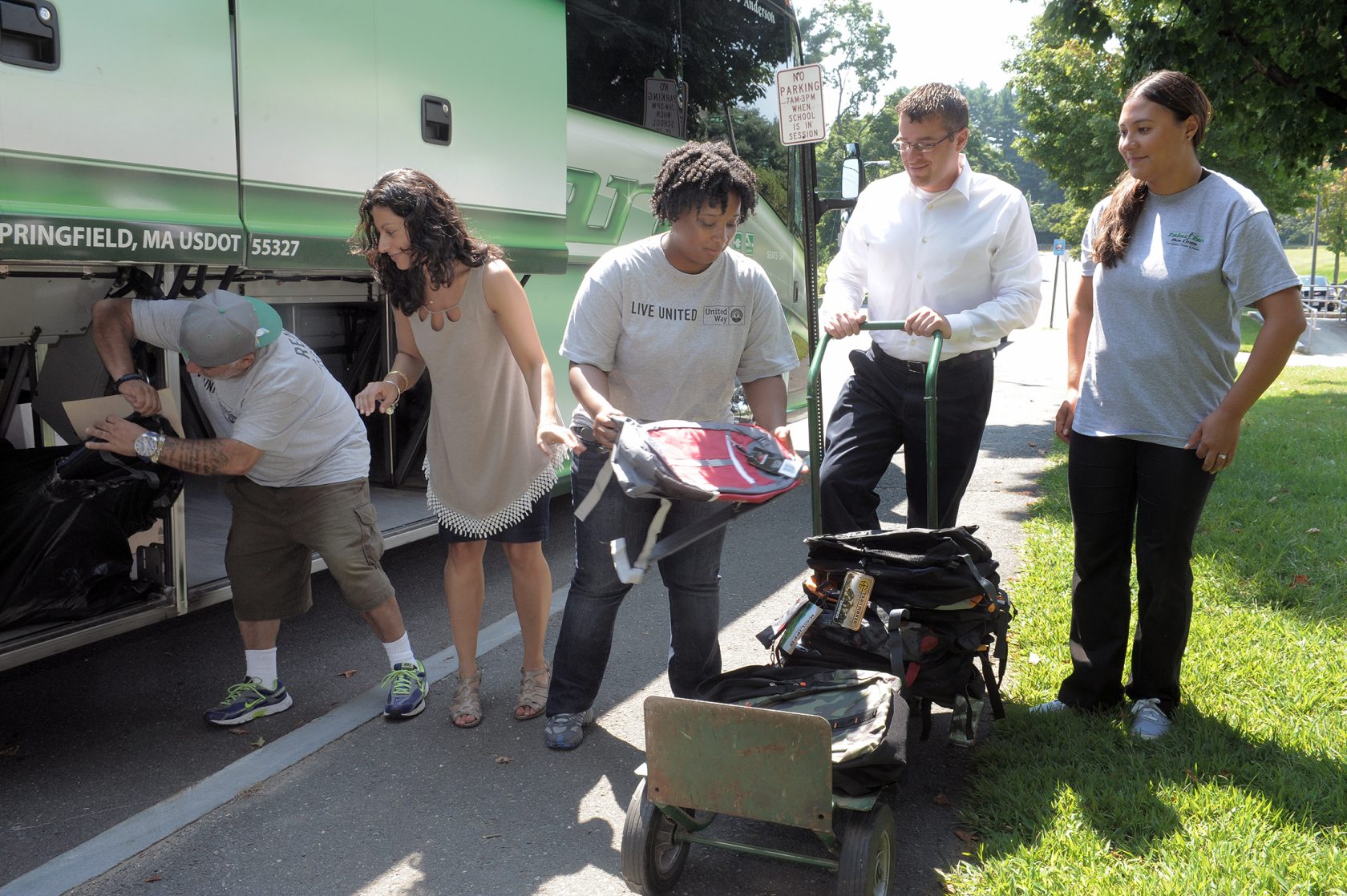 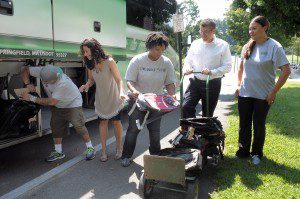 Stefan Czaporowski, second from right, holds a pushcart as, donated backpacks from the United Way are unloaded in Westfield after a past Stuff the Bus drive. (WNG FIle Photo)

WESTFIELD- Westfield Gas and Electric has partnered with United Way and Peter Pan Bus for their Stuff the Bus drive to collect donations of school supplies to children in need as the new school year approaches.

A collection bin has been placed in the Westfield Gas and Electric building on Elm Street. United Way is seeking basic school supplies such as number two pencils with erasers, pens, crayons, folders, binders, and notebooks, among other items.

WG&E Marketing and Communications Specialist Lisa Stowe said the utility company did not participate in the drive last year, but did so this year after she offered support to a representative of United Way.

“I met up with a representative from United Way at the Go Westfield Forum. I asked how WG&E can help and they suggested that we take part in the drive,” said Stowe, “There are a lot of kids in Westfield who get support from the Stuff the Bus campaign.”

Stowe noted that the one thing that is not necessary to donate is backpacks. She said that United Way typically purchases the backpacks. Last year, the  United Way of Pioneer Valley distributed more than 2,000 backpacks to students in Springfield, Holyoke, South Hadley, West Springfield, Chicopee and Westfield.

The goal for this year is to donate at least 2,200 backpacks in addition to other school supplies.

The Stuff the Bus campaign ends on Aug. 16h with a Rollercoaster Day at Six Flags New England in Agawam. Those who bring between six and 19 school supply items to Six Flags on that day will be given entry to the park for $20.19. Those who bring at least 20 items will be admitted for free.