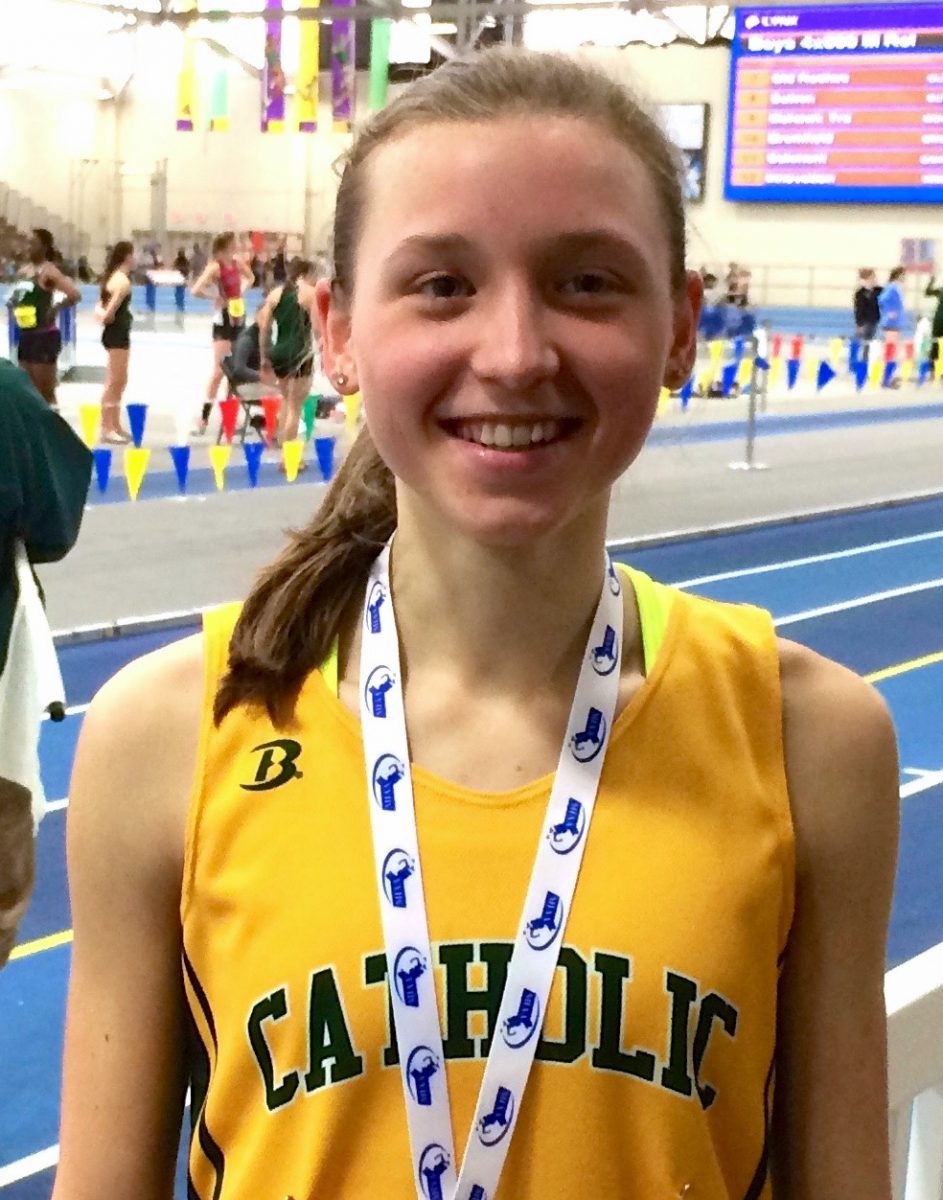 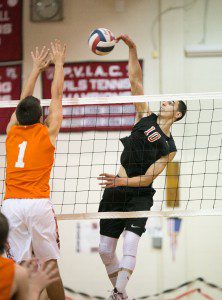 Westfield’s Manny Golob , right, spikes the ball during a regular season match against Agawam. The Brownies, Chicopee Comp Colts, West Springfield Terriers and others stand in the path of a Bombers’ sectional title. (Photo by: Liam Sheehan)

WESTFIELD – With the high school boys’ volleyball Division I tournament bracket having been unveiled Tuesday, one can only ponder the likelihood of a third and final showdown between the regular season’s two best teams.
Defending Western Massachusetts champion Chicopee Comp and Westfield drew the top two seeds – and first-round byes – in the division’s field of 11 tourney teams.
The top-seeded Colts (15-1) and No. 2 Bombers (16-2) are poised to meet in the championship June 8 at Holyoke Community College. The two teams split the regular season series 1-1.
First, the two teams will have to navigate the pitfalls and unpredictably often associated with a high school postseason. They will both open tournament play June 1 in their respective quarterfinal matchups at 6:30 p.m.
Chicopee Comp will host the winner of No. 8 Commerce (16-4)/No. 9 Putnam (11-8). Westfield will host the No. 7 East Longmeadow (11-7)/No. 10 Holyoke (9-9) winner.
Other notable tournament teams include No. 3 Agawam (13-5) and No. 4 West Springfield (11-7).
TOURNAMENT TALK: The rest of the high school spring sports postseason is set to take shape as the remaining tournament brackets become revealed later this week.
On Friday, May 29, the lacrosse playoffs will be revealed.
The Westfield boys’ lacrosse team finished up its spectacular regular season with a record of 15-2, losing only to Longmeadow (twice). The Bombers knocked the Lancers from the postseason last year to become the west sectional champs. 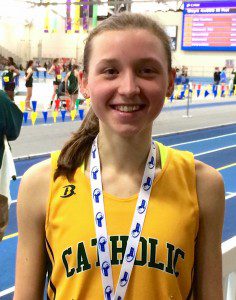 On Saturday, May 30, the focus shifts to track and field when the Westfield boys’ and girls’ track and field teams travel to Fitchburg State University for the West/Central Division I championships. Southwick’s road trip will be a bit easier when they compete for the Division II crown at Westfield State University. Both events begin at 10 a.m.
The Southwick boys’ track and field team claimed the Division 2 district title last Friday at Wahconah Regional High School. Another athlete from town, Holyoke Catholic’s Julie Carroll (Southwick) won the girls’ two-mile race in11:50.26.
Other postseason schedule release dates include: baseball (June 1), softball (June 2), and boys’ and girls’ team tennis (June 2).