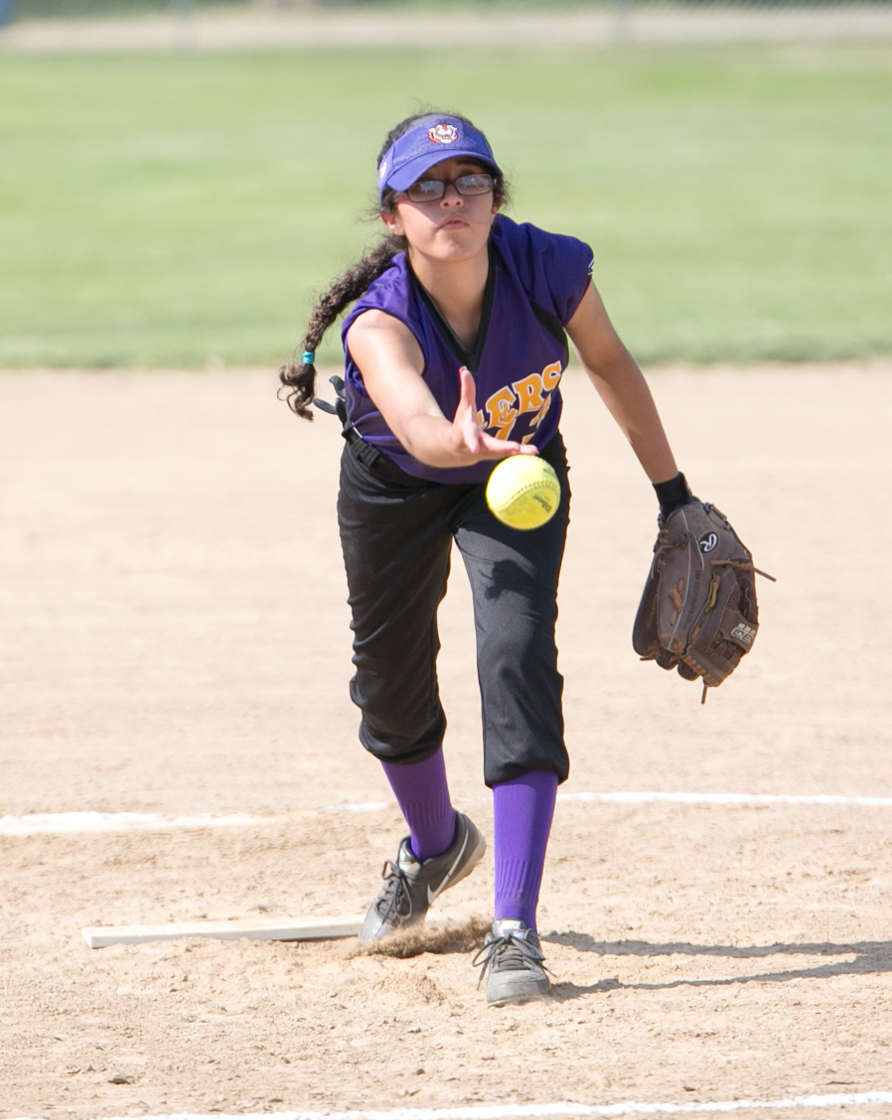 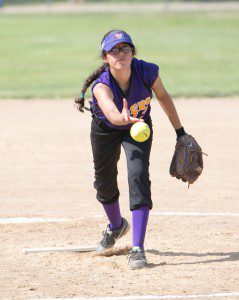 WESTFIELD – Senior Day for Westfield Vocational-Technical High School proved to be a thrilling event Wednesday afternoon at Whitney Park, but the Tiger comeback fell short in the ninth inning as the visiting Pioneers from Pathfinder Regional escaped the Whip City with a 13-11 victory.
The Tigers (3-14, 3-13 Tri-County) mounted a successful comeback in the sixth inning, scoring four runs in the frame to take a 10-9 lead, but the Pioneers (9-10, 8-7 Tri-County) scored two runs in the seventh and ninth innings to keep their tournament hopes alive.
In a game which featured a combined 27 walks and 20 wild pitches, Cheyenne Slack led the way for the Tigers, recording two of the six hits, including a two-run triple to right-centerfield which tied the game at 9-all in the sixth inning. Taya Allen tied the game in the seventh with a RBI single, and lone senior Katie Nesmolova started the game with a double. 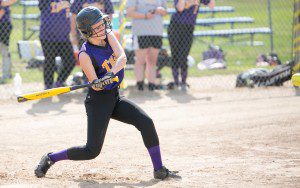 Kate Nesmolova swings at an incoming pitch from the Tigers opponent, Pathfinder. (Photo by Liam Sheehan)

Voc-Tech came back from a 6-1 deficit after two and a half innings by plating a pair in the third inning on a wild pitch and a stolen base to chip away at the Pioneer lead. After pulling within three runs after five innings, Hannah Massoni, Stephanie Allen and Taya Allen all walked, with Massoni scoring the first run on a wild pitch. With one out, Slack smacked her two-run triple to tie the score, then came in to score herself on a throwing error to cap the four-run frame.
Taya Allen’s two-out RBI single in the seventh inning tied the score once again, but Voc-Tech could not regain the lead. With the score tied at 11 heading to the ninth inning, Pathfinder jumped on top for the final time two-run single by starting pitcher Sophia Hess.
Hess, who earned the victory in the circle, pitched her second straight scoreless frame in the bottom of the ninth, stranding the tying runs by forcing a pair of fly outs. Keisha DeJesus also went the distance for WVT.
The 2015 season is complete for the Tigers, but the Pioneers still have work to do to make the playoffs. The Palmer-based high school will finish their season at home against Smith Vocational Thursday, where a win will see PRVT to the Division 3 playoffs.