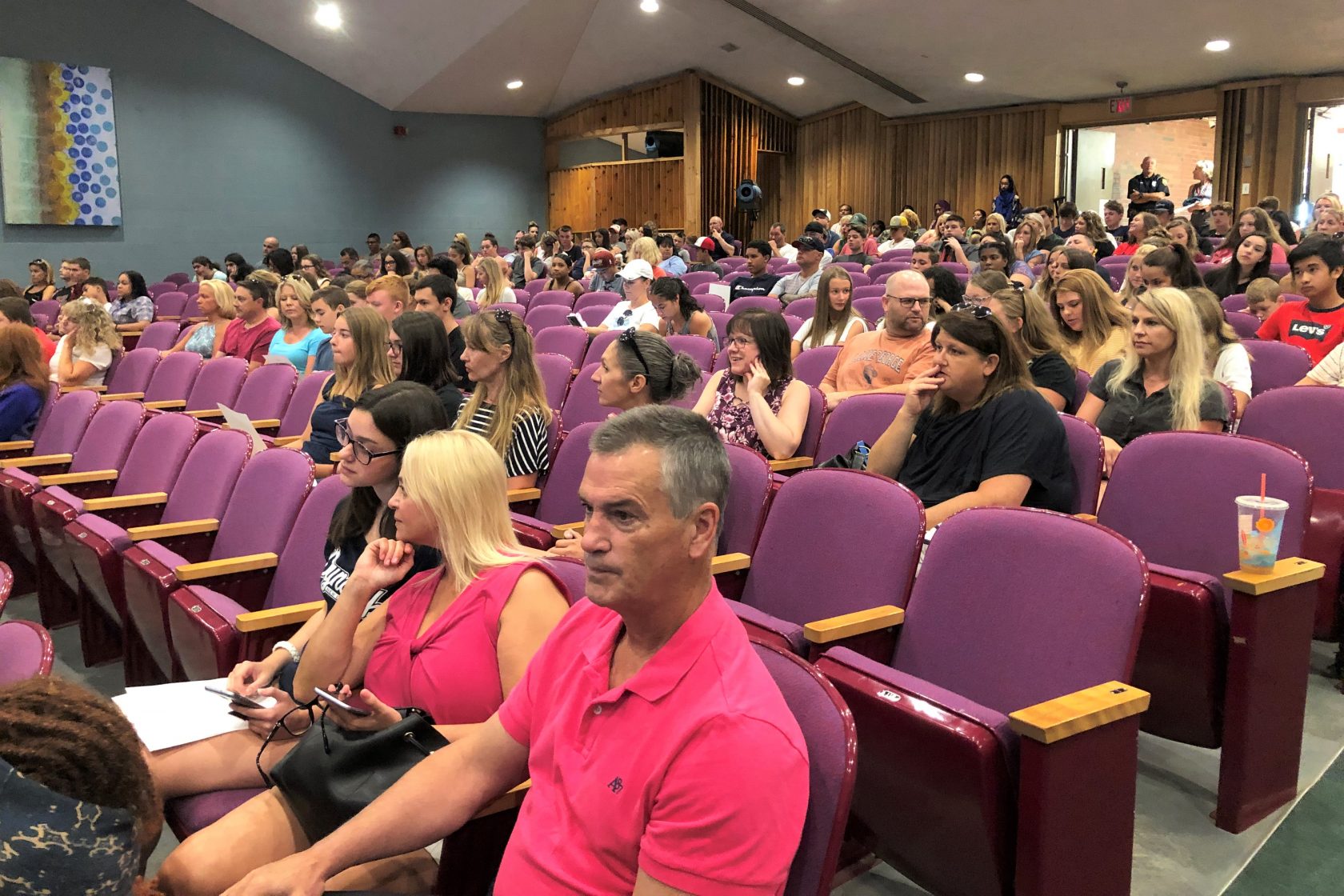 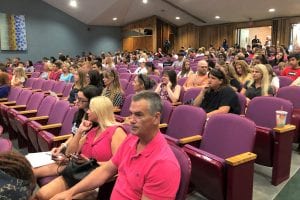 Several hundred people filled the auditorium to hear about student life and school expectations. Freshmen were then dismissed for a tour of the building and to find their lockers, while Principal Charles Jendrysik addressed the parents.

Jendrysik told the parents that the school’s priority is safety, and encouraged them to speak to the administration about any concerns. “We don’t know what we don’t know,” he said, adding, “Kids won’t learn if they’re not comfortable, or are anxious or stressed.” 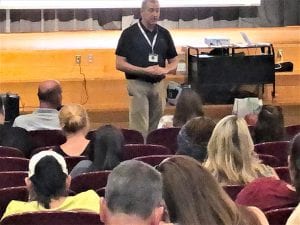 Jendrysik assured parents that the school has many resources for them. “We do a nice job of connecting with kids,” he said. 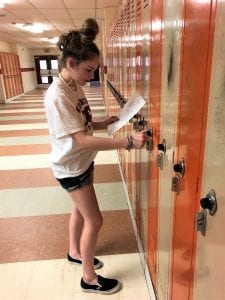 Meanwhile, the freshmen were connecting with their student guides, many from the National Honor Society. NHS seniors Colin Scanlon and Will Cameron said they would start with the “important stuff;” the cafeteria, bathrooms and lockers. They also toured the academic wings, library and gymnasium. 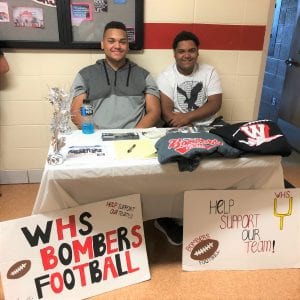 Waiting in the hall outside the auditorium were enthusiastic representatives of the WHS Marching Band program and the Bombers Football team. 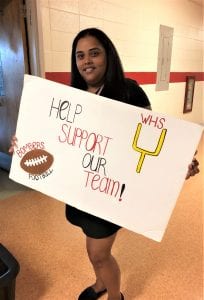 Ivette Ortiz, president of the Football Booster Club and Serrano’s mother, said the cards will be on sale for two more weeks.
Also on hand to greet the freshmen was the team’s thunderbird mascot, who they call the Bomber Bird. 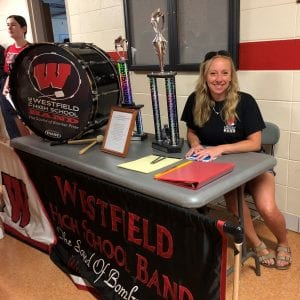 “The freshmen orientation is always one of my favorite events to host. I hope that we provided students and their parents with better understanding of our school culture, a level of comfort transitioning to the high school, and an opportunity to have any of their questions answered. I was very happy with the large turnout and am looking forward to another great year,” Jendrysik said following the event. 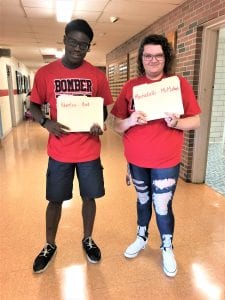