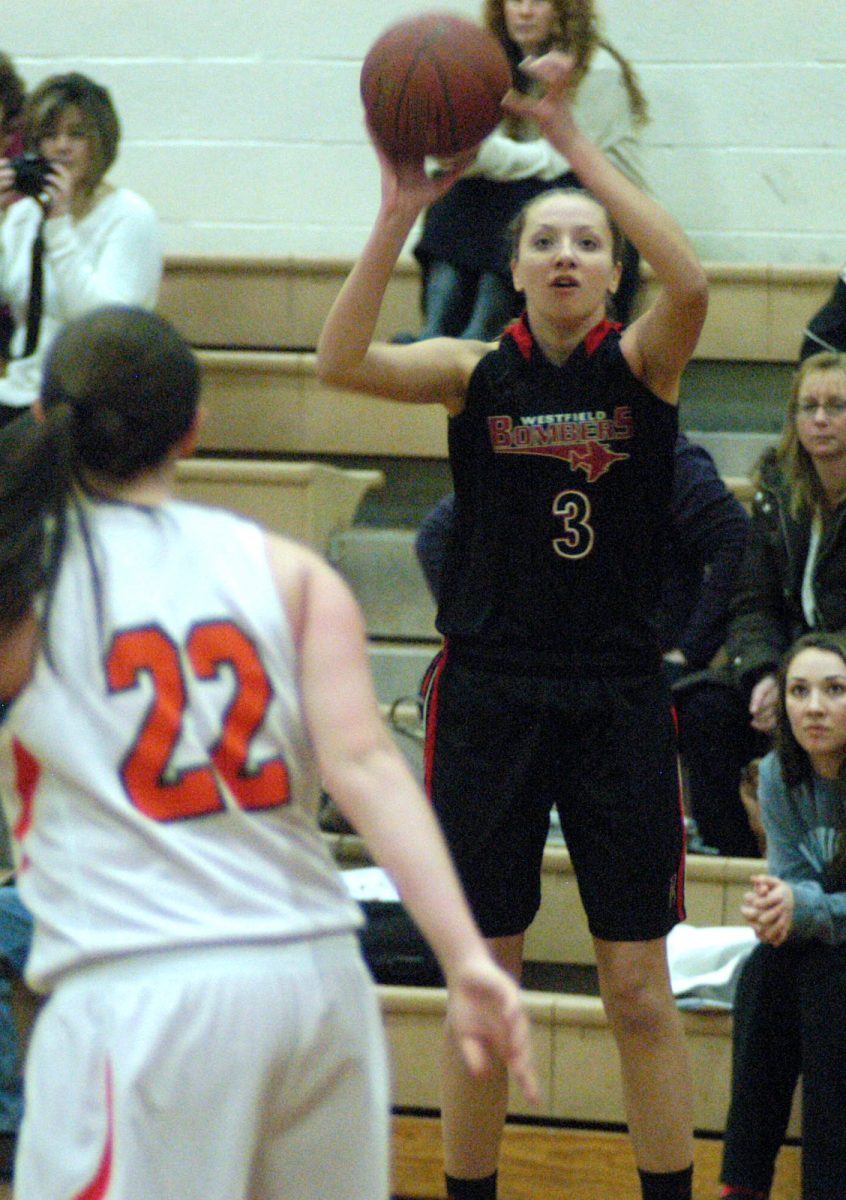 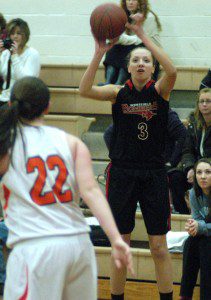 AGAWAM – The Westfield High School basketball program can breathe easy.
The Westfield girls’ hoops team secured its straight postseason berth for the first time in recent memory. The Bombers spoiled Agawam’s senior night, dispatching the Brownies 47-34.
Westfield took control from the outset, establishing a lead despite being shorthanded (Rebecca Sullivan nursed an ankle injury). The Bombers controlled the tempo in large part due to Karly Mastello, who finished with 14 points and 14 rebounds.
“Karly’s been a double-double machine all year,” Westfield coach Ralph Loos said. “She has quietly been one of the best players in Western Mass who gets no attention at all.”
Westfield’s Grace Templeton provided 11 points, including three key 3-pointers in the second quarter which helped the Bombers stretch out their lead.
“It’s been a long time since girls’ basketball team has made the tournament in back to back years,” coach Loos said. “It’s good to get that out of the way.”
“Now it’s time to play for seeding.”
The victory for the Lady Bombers came just one day after the WHS boys’ basketball team punched its way into the Division I tourney for the first time in three years.