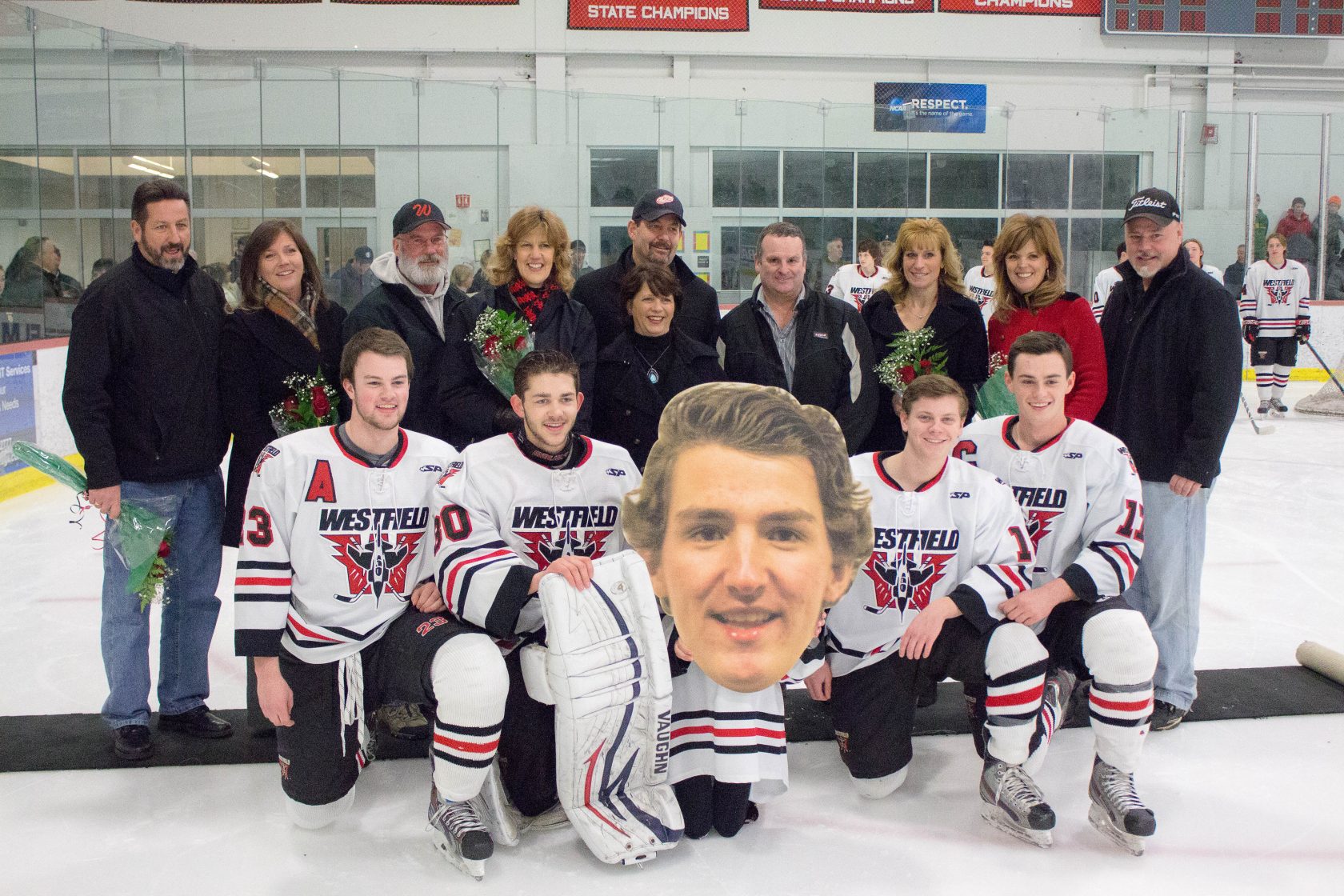 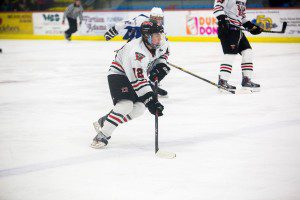 Westfield’s Johnny Danahey skates past the blue line and looks for a shot on the West Side net Wednesday night at the Amelia Park Ice Arena. (Photo by Liam Sheehan)

WESTFIELD – Liam Whitman netted one goal and two assists, and Colin Burns, Chris Sullivan, and Craig Lacey scored one goal apiece to lift Westfield to its 12th victory of the season in boys’ ice hockey, a 4-2 win over West Side on Wednesday.
The Bombers, who led 3-0 early, improved to 12-2-2.
Connor Sullivan, who is out for the season with a wrist injury, was one of several seniors honored at Wednesday night’s game at Amelia Park Ice Arena. 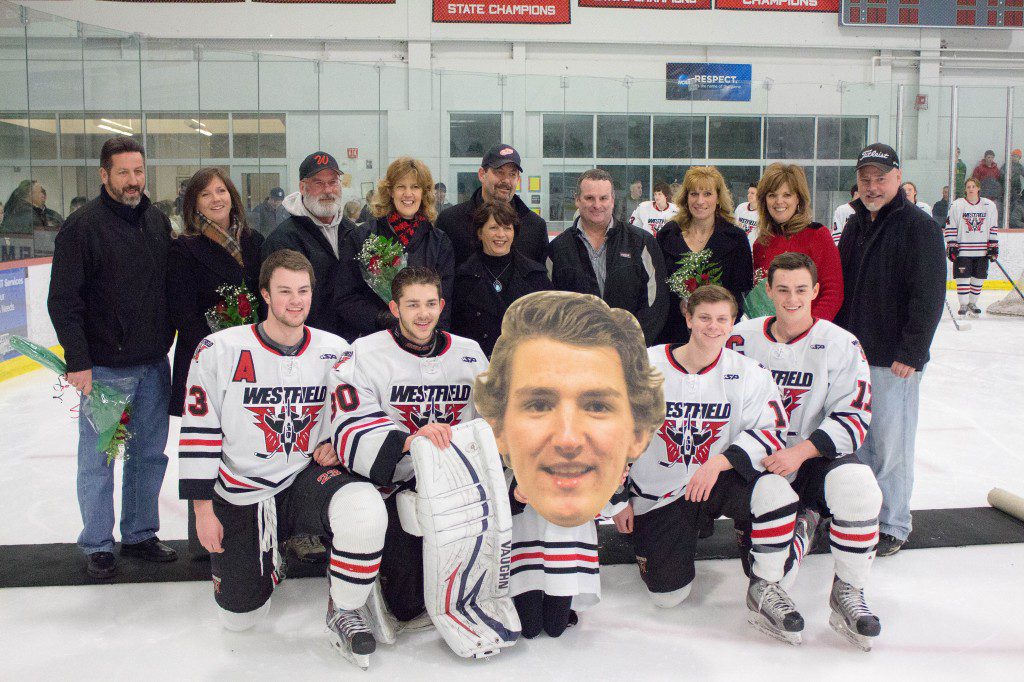 Seniors and parents pose on the ice for a photo during the Bomber Hockey Senior Night on Wednesday. Players from left to right: Assistant Captain Craig Lacey, Goalie Garrett Matthews, poster head of forward Connor Sullivan, out with an injury, Assistant Captain Samuel Evans, and Captain Christopher Sullivan. (Photo by Liam Sheehan)