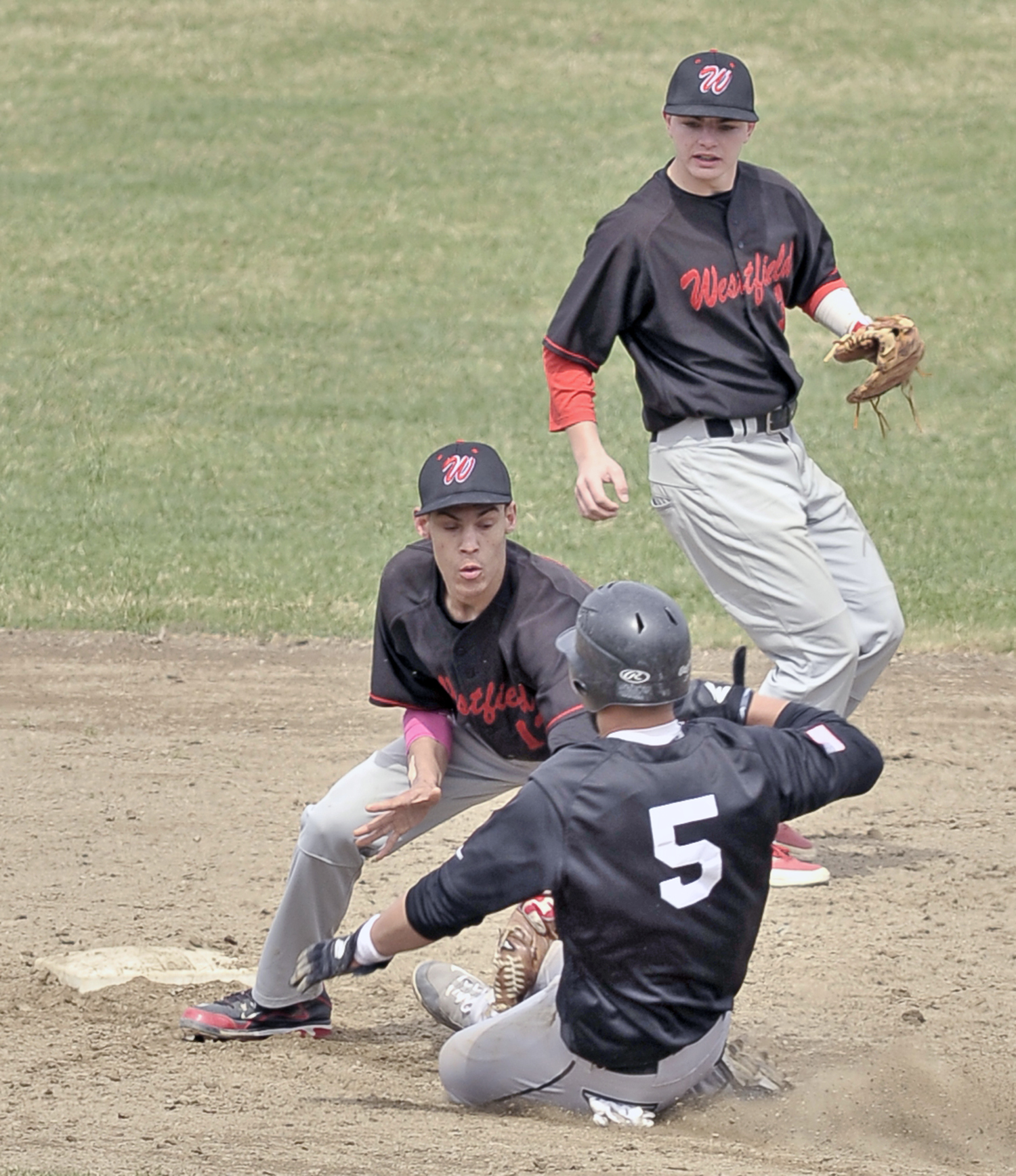 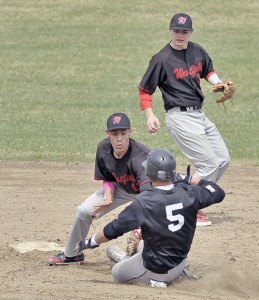 WESTFIELD – No it was not the drama club, but the Westfield High School baseball team took part in a long, drawn out thriller Friday.
Cody Neidig plated Kenny Mclean for the game-winning run in the bottom of the 11th inning for a 1-0 win over Central Friday at Bullens Field. Mclean reached base in the inning for the team’s first hit of the game.
“The Bombers only had two hits, but made the most of it,” Westfield coach Rich Discenza said.
Matt Irzyk pitched a gem on the mound for Westfield. Irzuk scattered six hits, striking out 13 batters and walking one.
LATE RESULTS
THURSDAY NIGHT
Westfield Voc-Tech 13, PVCS 2
Voc-Tech received a solid pitching effort from Jake Parsons (5 innings, 9 Ks), and reliever Ramon Avalle, a triple play with the score 4-2, and a 3-run homer from Tyler French in a seven-run, fifth inning.
“The guys rallied great in the middle of ice cold weather,” said Voc-Tech coach Kyle Dulude, whose team played in 39 degree temperatures.