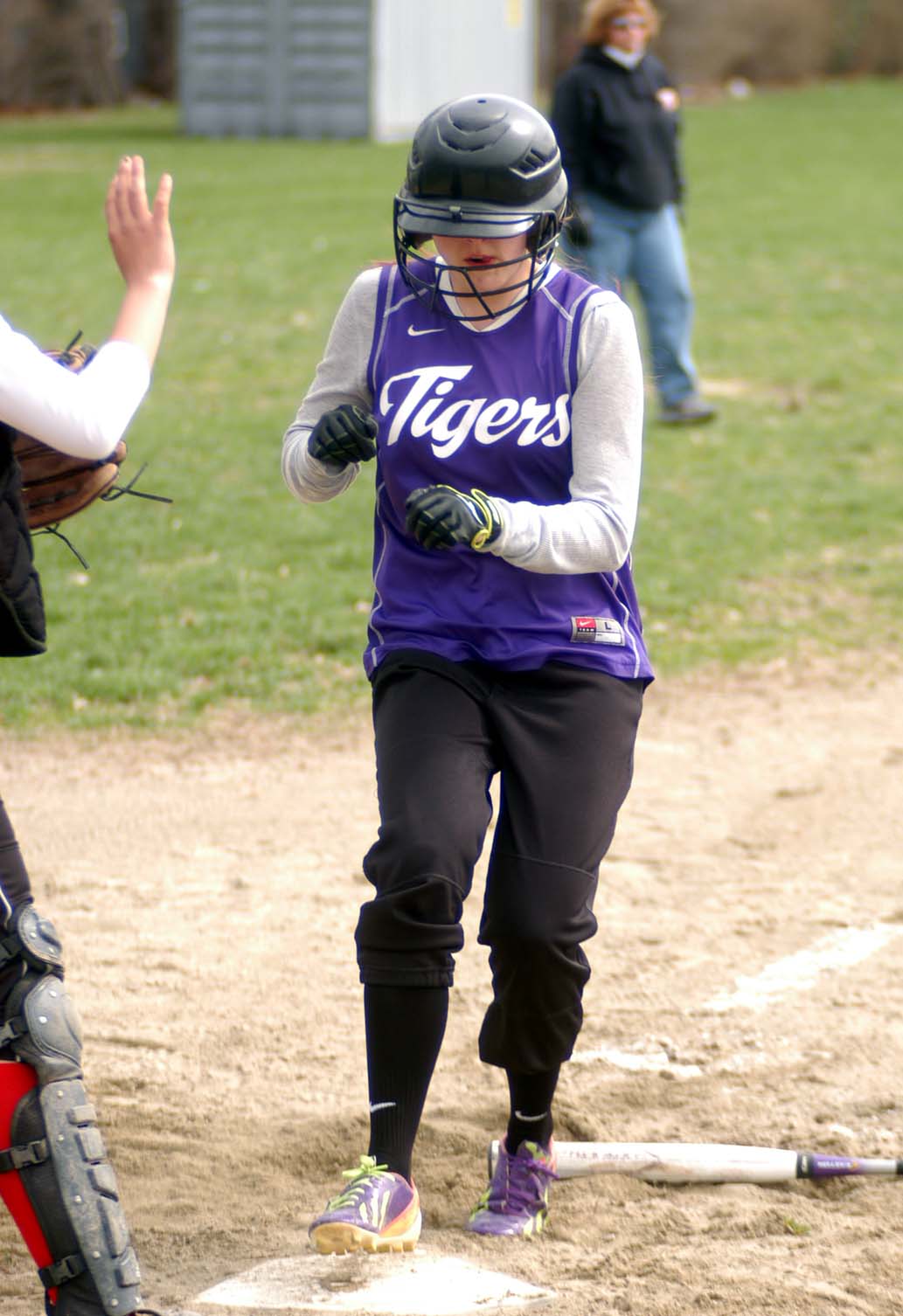 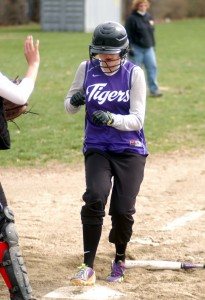 The Tigers score another run. (Photo by Chris Putz)

SPRINGFIELD – It truly was a Good Friday for the Westfield Voc-Tech softball team.
Westfield Voc-Tech had a smashing good time, crushing Commerce 28-16 Friday at Marshall Roy Field. It was the Tigers’ first victory of the season. They are now 1-3.
“This (win) was fantastic for us,” Voc-Tech co-coach Deb Falcetti said. “This gives our team the confidence that we have been searching for.”
“To pull it all together as a team, this is such a confidence booster.”
Voc-Tech rallied several times. The Tigers fell behind 7-3 in the first inning and 11-8 in the third, tying the game at 11-11 in the fourth. They surged ahead with a four-run fifth.
In the fifth, Amber Lindsay smacked an RBI double and Megan Illnicky drilled a sharp two-run line drive down the third base line. The Tigers went ahead 15-11.
“We never gave up,” Johanna Velazquez said. “Everyone was happy, cheering for each other.”
Illnicky, who came on in relief of starter Catherine Oleksak, enjoyed a 1-2-3 fifth inning.
The Voc-Tech offense poured it on over the final two innings to pull away.
In the sixth, Velazquez belted a towering two-run homer to right-center field. Lindsay drove in two runs on a great base knock in the seventh, and Velazquez hit a two-run triple in the seventh, followed by a monstrous 3-run triple.
“I’m extremely proud of this team,” Voc-Tech starting pitcher Catherine Oleksak said. “Everyone did a fantastic job.”
Illnicky offered her take on the team’s effort.
“When things get rough, we’re able to pull it together,” Illnicky said.