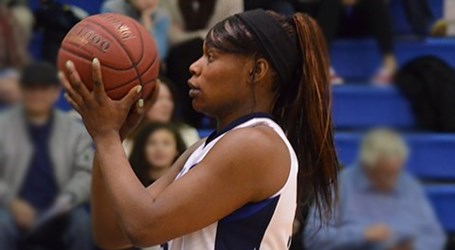 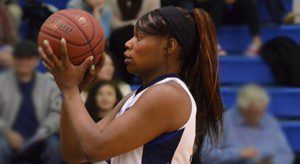 WESTFIELD – Senior Jen Ashton (Beverly/Beverly, Mass.) scored a game high 23 points, grabbed nine rebounds and handed out seven assists to lead Westfield State as the Owls outpaced Framingham State, 79-65, in the semifinals of the Massachusetts State Collegiate Athletic conference women’s basketball tournament at the Woodward Center on Thursday evening.
Westfield advances to Saturday’s MASCAC Championship game Westfield will host Bridgewater State on Saturday, time TBD. (Bridgewater was a 59-45 winner over Worcester State in the other semifinal round game tonight). The league tournament winner will receive an automatic bid to the NCAA Division III tournament.
The Owls won their school-record 16th straight game in improving to 22-4 on the season.
The two teams battled through a tight and fast paced first half, with Westfield leading 37-36 at the intermission. Ashton scored 18 first-half points for the Owls on 6-11 shooting from the floor, including 3-4 from long distance.
Westfield quickly extended its lead in the second half, with Ashton scoring a layup out of the break, a pair of free throws from Forbasaw Nkamebo (Amherst/ Amherst, Mass.), and a three-pointer by Alyssa Darling (Palmer/Palmer, Mass.) sandwiched around a bucket from Framingham’s Alycia Rackliffe (Agawam/Feeding Hills, Mass.) gave the Owls a 44-38 lead just 2:33 into the second half.
After a free throw from the Rams’ Sarah Palace (Auburn/Auburn, Mass.), Nkamebo hit two more free throws and added a layup to extend the lead to nine points, 48-39 with 15:52 left to play.
Framingam responded by sawing the lead back down to three, 52-49 on a Nicole Bostic (Oliver Ames/Easton, Mass.) layup with 12:56 left, but Westfield then embarked on a 10-2 run to push the lead up to 11, 62-51 on another Nkamebo layup.
Framingham would get no closer than nine points the rest of the way, and Westfield led by as many as 18.
The Owls got 20 points and 12 rebounds from Nkamebo, and Jill Valley added 15.
Framingham falls to 16-9 on the season. The Rams were led by 17 from Sarah Palace, and got 13 from Bostic. Rackliffe and Margo McCarthy each added 12 points for Framingham.