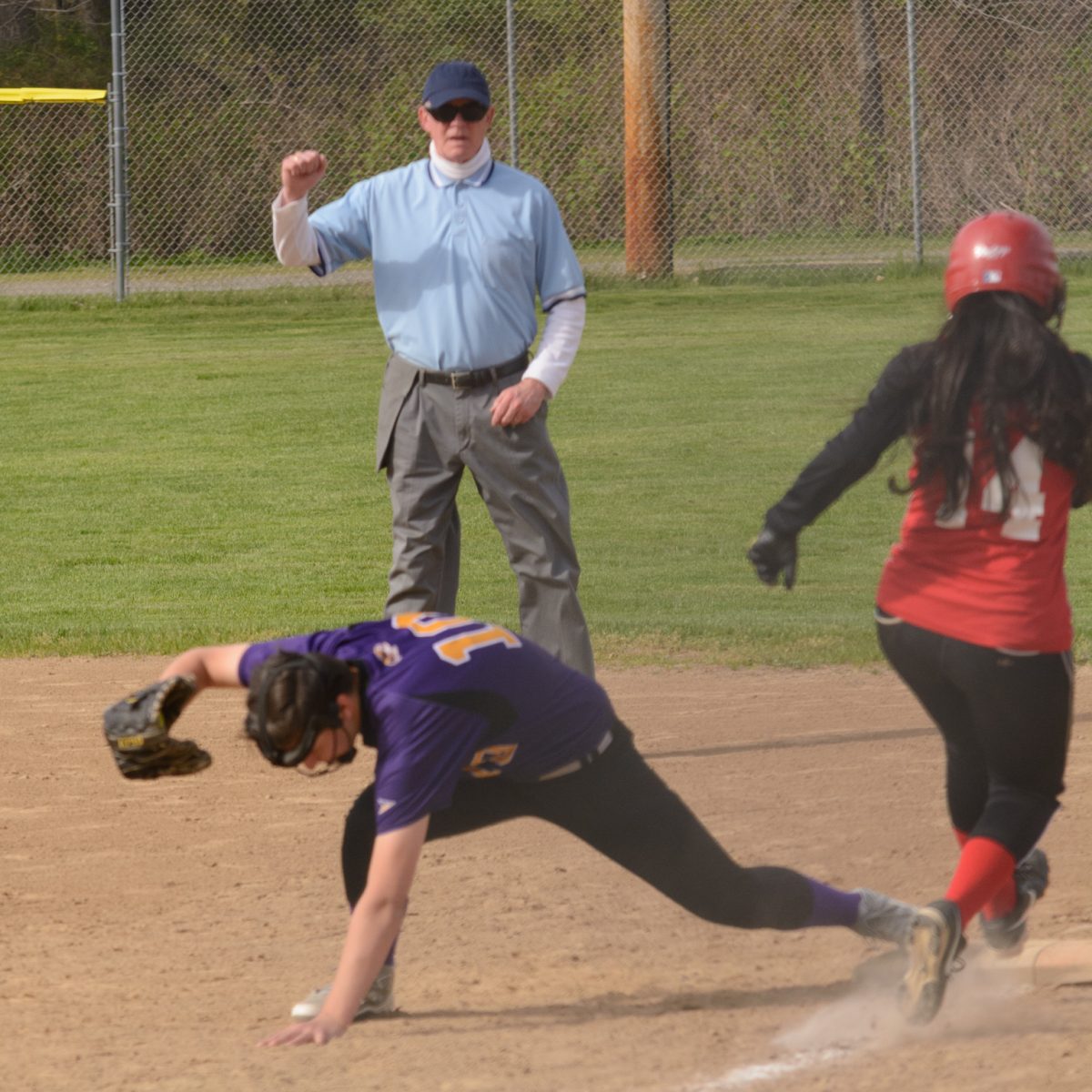 HOLYOKE – If at first you don’t succeed – try, try, try again.
The Westfield Technical Academy High School baseball team took that mantra to heart. The Tigers, who managed to put up just two runs through the game’s first four innings Tuesday, rallied for five in the sixth and two more in the seventh to overcome a five-run deficit and defeat host Dean Tech 9-7.
Dean Tech scored its first six runs on only two hits. Westfield Tech pitcher Andrew Daniels buckled down, and continued to play through some defensive struggles behind him.
Westfield Tech batted around in the sixth inning, thanks in large part to three hits and three walks.
Nick Clegg came on in relief for Westfield Tech in the sixth. He struck out the side in the seventh to earn a save.
“It was great to see our guys not quit and turn things around in the end,” Westfield Tech coach Kyle Dulude said. 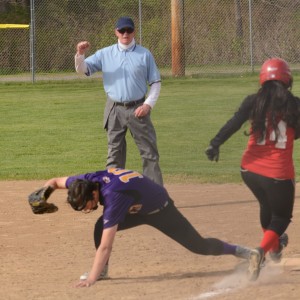 Westfield Technical Academy’s Taya Allen stretches to record an out at first base against Commerce Tuesday at Whitney Field. (Photo by Marc St. Onge)

Gators topple Red Raiders
Gateway 2, Hampshire 1
Gateway scored two runs in the bottom of the second inning, and held off a Hampshire rally.
Josh Webster went 2-for-3 with two doubles and an RBI for Gateway. Gators’ Joe Rutherford-Bean and Trevor Bruno each scored a run.
Gateway pitcher Joe Jones scattered six hits, struck out four batters, walked one, and allowed just one run in a complete game effort. 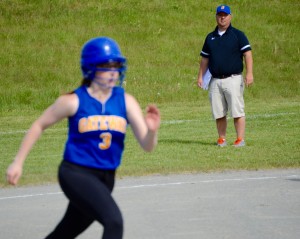 Mustangs silence Gators
Monson 13, Gateway 0
Joanna Arkoette and Audrey Gamble reached base for Gateway, respectively, on a hit-by-pitch and walk. 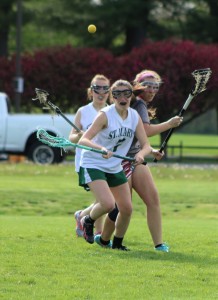 St. Mary’s Jenna Turrini looks to get out front on a sky ball Tuesday against Pope Francis at Boardman Field. (Photo by Kellie Adam)