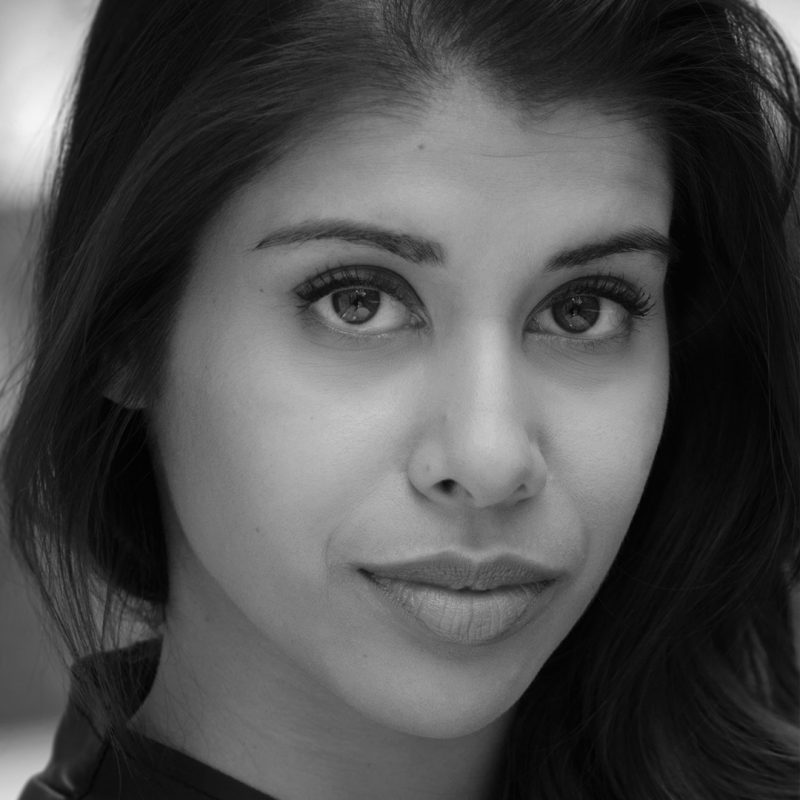 Hindsight is 2020: The ArtsBeat Year in Review: Part Two

David Adkins as Truman Capote in Holiday Memories, Berkshire Theatre Group. Adkins’ performances over the decades at Berkshire Theatre Group are legend. He brought a charming Southern gentleman to warm up the outdoors in this production with the same style he has brought to productions of The Zoo Story, Thoreau: Or Return to Walden, and Benefactors. 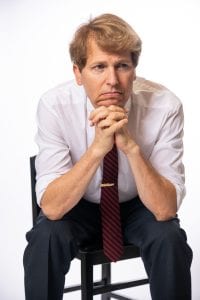 David Arrow as Robert F. Kennedy for Playhouse on Park’s production of his Kennedy: Bobby’s Last Crusade, He did a spot on impersonation, accent and all, of the late politician, and it was so adept, that it was hard to separate Arrow from the RFK portrayed on the news clips in the production.

Rajesh Bose as Afzal in TheaterWorks Hartford’s The Who & The What. Afzal is the patriarch of as Pakistani-American family, a Tevye of sorts to two daughters. He could be warm and paternal or harsh and authoritarian, sometimes in the same sentence.

Tara Franklin, as Norma McCorvey, the Jane Roe of Roe v. Wade in the WAM Theatre’s production of Lisa Loomer’s ROE. Franklin played McCorvey as a Texas teen gone bad, a total transformation from roles in plays like Chester Theatre’s On The Exhale, or Berkshire Theatre Group’s The Homecoming. Her versatile intensity sets her apart from almost any other area performances. 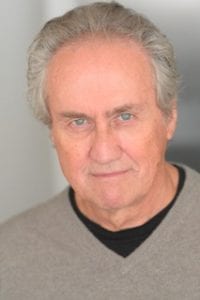 John Haag as Roger in the world premiere of Stan Freeman’s The Pitch, at The Majestic. Playing a veteran sportswriter with a secret, Haag could turn on a dime, from a warm mentor to a cub reporter, to a smoldering, guilt-ridden pro. Haag’s performance made the play.

Jenn Harris brings more laughs to TheaterWorks Hartford’s Christmas on The Rocks in multiple comedic roles, each brought to the stage with broad comedy and nuance. From Suzu from It’s a Wonderful Life to the zany Karen in Frosty The Snowman to Clara in The Nutcracker, she is hilarious. I don’t know how her co-stars, Harry Bouvy, Matt Wilkas, Randy Harrison, and Ted Lange could keep from breaking out in laughter. 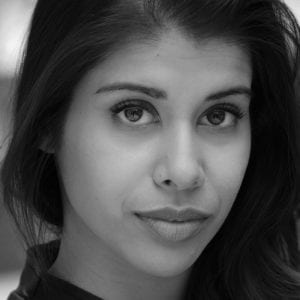 Jessica Jain brought brilliance to the role of, Zarina in The Who & The What at TheaterWorks. Zarina is an independent, headstrong, determined Pakistani-American author, and Jain’s performance is compelling on many levels.

Tim Jones as Buddy (Young Truman Capote) in Holiday Memories at Berkshire Theatre Group. He started in community productions at BTG as a high schooler, and after college and an advanced degree in aerospace studies, has returned to his roots, playing in Shrek and Godspell. He’s a young actor with incredible promise, and director Eric Hill brought out a superb performance in him. He’s one of those actors you’ll want to watch, because he’s going places. 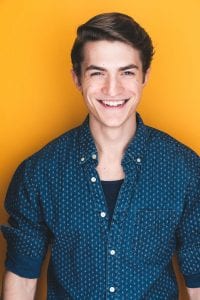 Mia Katigbak as Ljuba a Soviet-era propaganda supervisor inRussian Troll Farm: A Workplace Comedy at TheaterWorks. Katigbak played her role as one of those tough-as-nails supervisors who goes by the rule book. But underneath, she had a soft side. Katigbak was spellbinding in this new work.

Helen Sadler in the title role of Jane Eyre in Jane Eyre, at Hartford Stage. Elizabeth Williamson created a lovely rendering of the Bronte classic, and Sadler shone as the heroine in this often romantic tale.

Thanks to the tireless publicists who provide me with material for ArtsBeat, and schedule tickets for my review performances and interviews for my projects. In no specific order, I applaud: Charlie Siedenburg at Barrington Stage; Becky Brighenti, Katie Watts and Jason Weixelman at Berkshire Theatre Group; Angela Combest at Chester Theatre; Gail Burns at WAM Theatre; Lucinda Kidder at Silverthorne; Vanessa Query at LAVA; Shawn Farley and Melissa Breor at The Fine Arts Center; Matt Longhi at UMASS Music and Dance; Eddie Zitka at K&E Theater; Lynn Nichols at The Springfield Symphony Orchestra; Paul Marte at The Bushnell; Theresa MacNaughton and Todd Brandt at Hartford Stage; Freddie McInerney and Michael McKiernan at TheaterWorks, Natalie Noack and Tracy Flater at Playhouse on Park, Rorianne Schrade at Sevenars, David Kidwell from the Holyoke Civic Symphony, and Elisa Hale at Goodspeed.

Brad Shepard, Pioneer Valley Radio host, radio personality, community theatre actor and entertainer, joins forces with Richie Mitnick in a special concert to warm up the arctic month of January. They’ve taped a performance for the Westfield Senior Center, which can be caught on Westfield Community Programming Channel 15. Concert dates are: Wednesdays in January at 2:40 p.m. and Saturdays in January at 6 p.m. You can watch them at westfieldtv.org.

The UMass Wind Ensemble just released its latest CD on the MSR Classics label. The CD features three world premieres, including Stacy Garrop’s Quicksilver: Concerto for Alto Saxophone with Wind Ensemble (2017), which includes UMass saxophone professor Jonathan Hulting-Cohen as soloist; David Biedenbender’s What is Written on the Leaves (2019); and David Maslanka’s Concerto No. 3 (“Do You Know My Name?”) for Piano, Winds and Percussion (2016). The featured soloist on the Maslanka piece is the late UMass faculty pianist Nadine Shank, to whom the CD is dedicated.For details: https://www.umass.edu/music/

Hartford Symphony Orchestra has cancelled its remaining live concerts in the 2020-21 season, cancels remaining live concerts in the 2020-2021 season at The Bushnell, including the April performances of Harry Potter asnd The Goblet of Fire (which will be rescheduled). Ticketholders should contact the box-office to either hold on to their tickets, exchange them, donate them or seek refunds. For details: www.hartfordsymphony.org.

Russian Troll Farm: A Workplace Comedy, TheaterWorks’ stunning play by Sarah Gancher made the Best of 2020 lists (including mine). It’s back for a short time streaming through Jan. 14. For details: https://twhartford.org/events/russian-troll-farm/