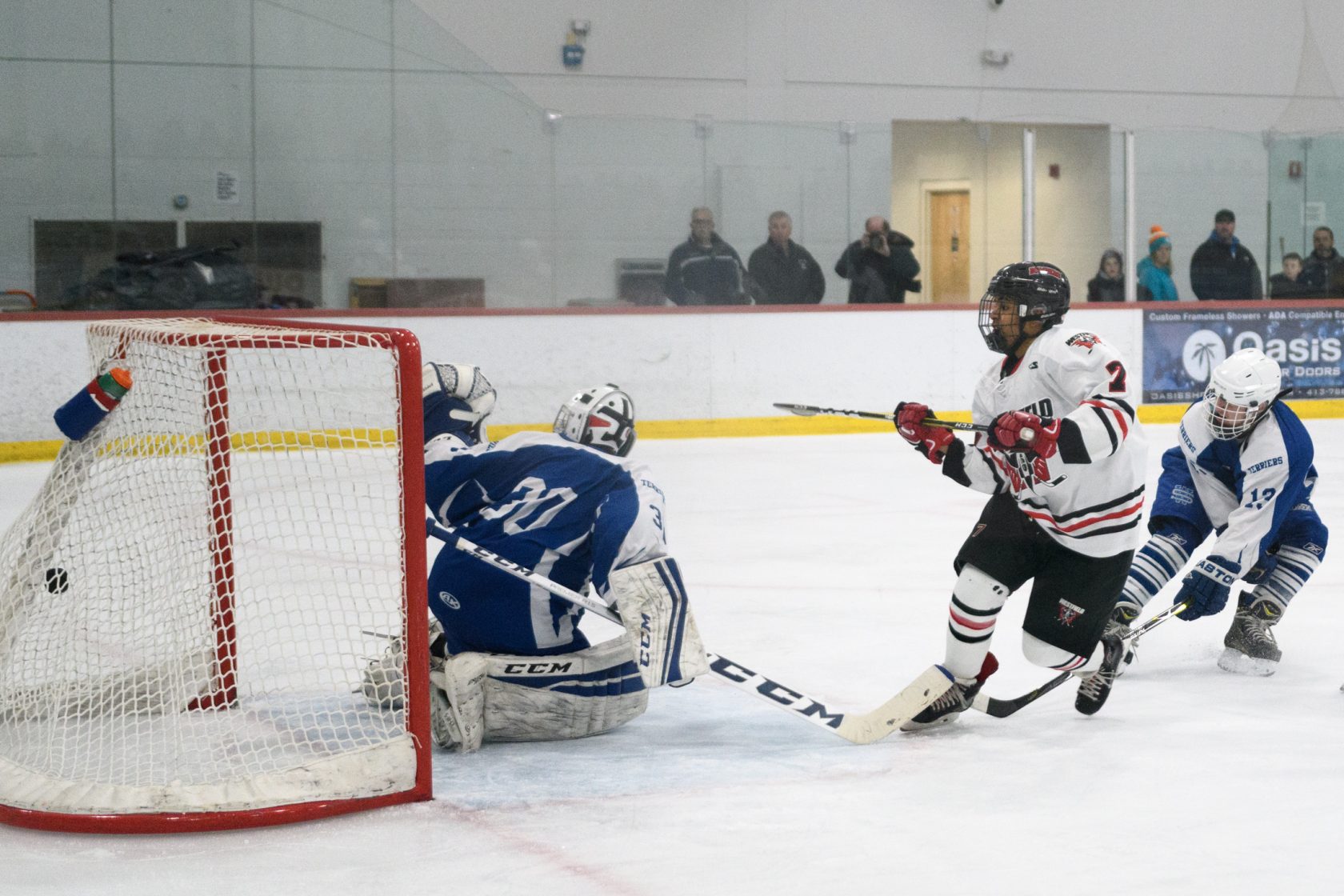 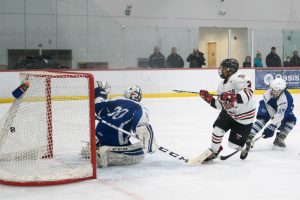 WESTFIELD – Save for a tough loss to Longmeadow earlier this season, there have been few opponents to shake the Westfield High School boys ice hockey team off its “A” game. That continues to be the case.
On Monday, Westfield received goals from three different players – Nate Boucher, Matt Pelletier, and Gavin Carzello – and the Bombers held off West Springfield 3-1 at Amelia Park Ice Arena.
Westfield improved to 8-2-1.
“Our defense and forwards played a great game,” Westfield coach C.B. “Moose” Matthews said.
Westfield had four shots hit the pipes, and one goal was called back (an official ruled that a player pushed it into the net with his body).
Max Maggipinto, Connor Fitzgerald, Alex Beauchemin, and Connor Cottengim each earned an assist for Westfield.
Bombers’ goalie Cam Parent made 17 saves.
“The last two games I thought we have progressed,” coach Matthews said. “We’re just getting ready for the last game of the year. That’ll be the key.”
Westfield closes out the 2017-18 regular season Feb. 22 with a big showdown against Longmeadow at the Olympia Ice Center in West Springfield. The puck drops at 6 p.m.
While Westfield expects to finish some unsettled business against their chief rivals that day, there are still other games ahead. Next up for the Bombers: Agawam Jan. 17 at Amelia Park Ice Arena.
“It’s still a hard road ahead,” Matthews said. “I think we’ve got a talented team with the right makeup. We will have a good year.”

BOYS BASKETBALL
Bombers rally, fall short
Watertown 59, Westfield 52
Westfield rallied from a nine-point, fourth-quarter deficit, pulling to within two points of a tie but fell short in the end.
A 3-pointer from Javi Santos near the midway point of the final quarter cut Watertown’s lead to 51-49, but Westfield missed several free throws down the stretch and failed to convert on some good looks from long range.
Westfield went 0-for-6 from the foul line in the final three minutes of regulation and finished the game 8-of-18 from the stripe.
Kam Wells led Westfield with 15 points. Bombers’ Aidan Dunn had 13.
Three players finished with double digits scoring for Watertown – Julio Fulcar (16 points), John Korte (15), and Nick McDerenott (14).