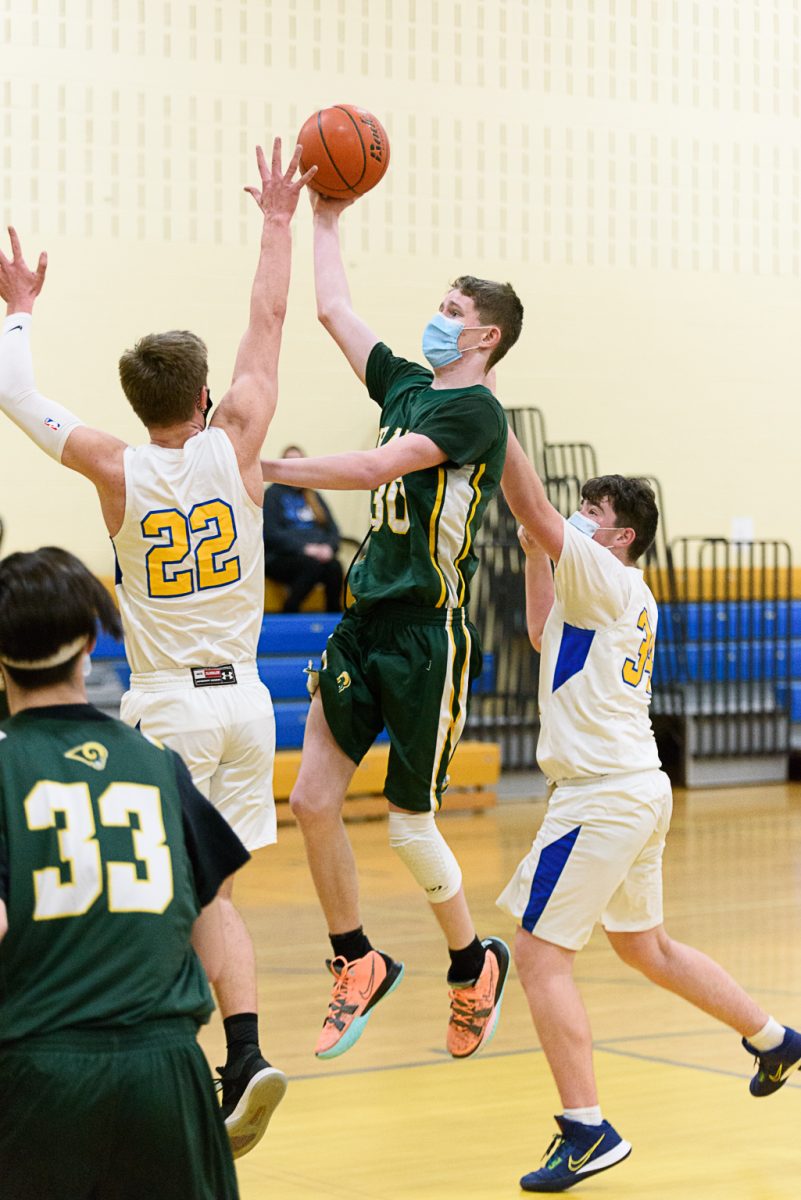 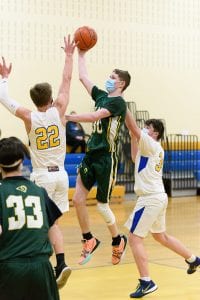 HUNTINGTON – The phrase “Christmas in July” is typically used to describe Christmas celebrations in the summer. Well, on Thursday night, the Southwick Regional High School boys basketball team enjoyed some fireworks during winter’s final days.
Southwick exploded for a 23-0 first quarter run, got off to a blistering 48-9 first half lead and powered its way to a mind-blowing 78-12 win over a short-handed Gateway on the road Thursday night.
Southwick’s Grayson Poole led all scorers with 20 points.
Southwick must have known it was their night when Nick Michael launched a 3-pointer that hit the front rim, bounced up and dropped into the net for a 5-0 lead one minute into the game. Poole scored 11 of the Rams next 18 points.
Gateway finally halted Southwick’s early surge when Ryan Keach converted a lay-up with exactly 60 seconds remaining in the opening quarter.
Southwick remained on fire in the second half, scorching Gateway for another big run, 17-0, to make it 42-4.
Gateway’s Jayden Santiago-Lopez broke up the second big Southwick run with a nice spin move in the lane, dropping in a bucket with 2:23 left in the half. He closed out the team’s scoring in the second quarter with a made 3.
The road figures to get a bit tougher for Southwick as the Rams are now set to travel to Monson to face the Mustangs March 22.