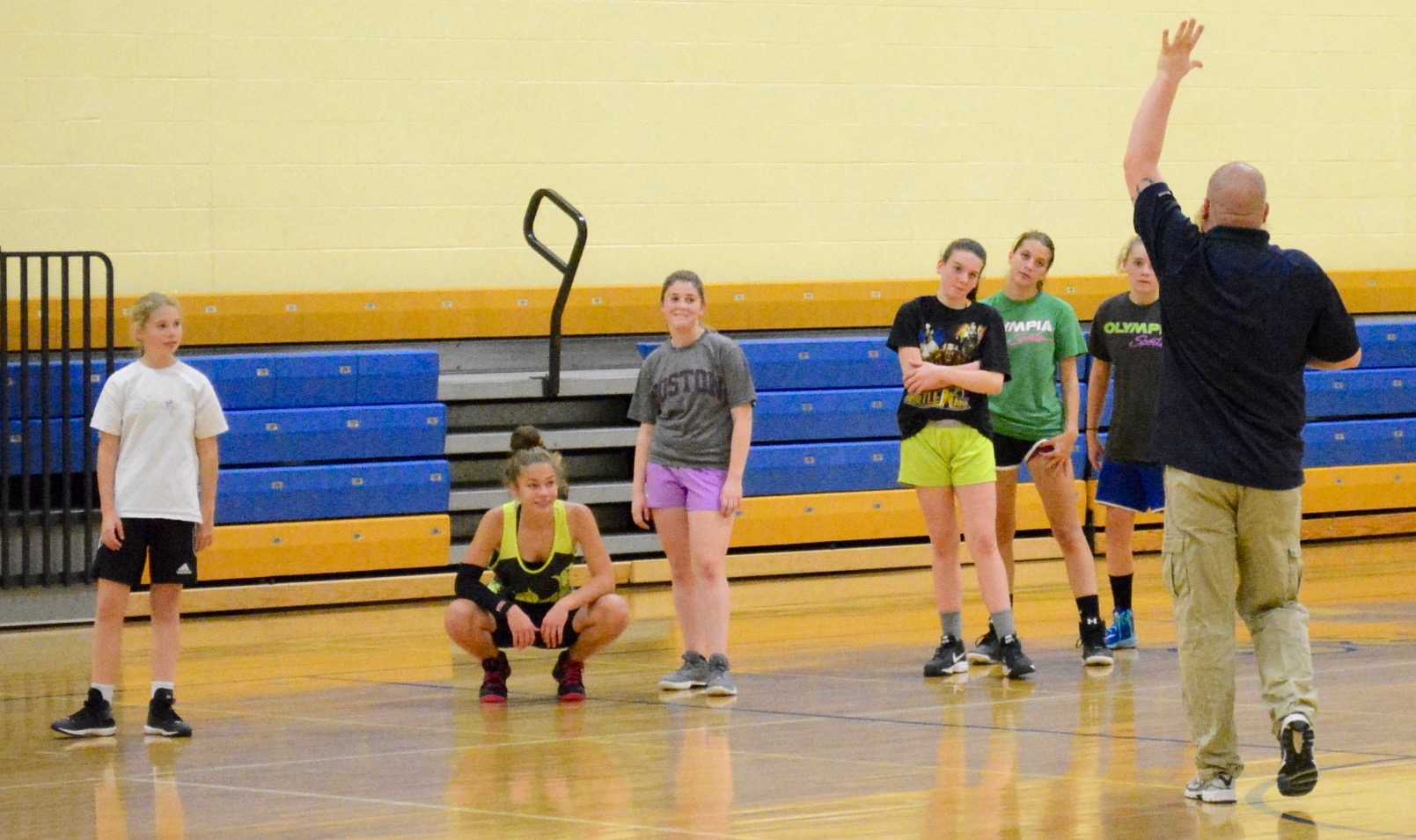 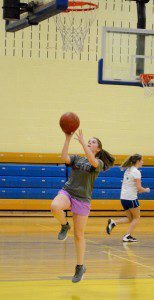 HUNTINGTON – …and they are off and running.
The Gateway Regional High School girls’ basketball team returned to the court for the first time in nearly a year with the official first day of practice for the 2015-16 regular season Monday.
Traditionally, the Monday after Thanksgiving is the first opportunity that area coaches get to see what is in store for their teams following a fall sports season that crowns victors, and, deals blows by way of injury.
Many players return; others defect to other sports, jobs, or decide to focus solely on academics.
The first thing that came to mind for Gateway girls’ hoops coach Eli Robbins, summed up best by one word – “young.”
Gateway returns just one senior, Joanna Arkoette.
Arkoette is a four-year player, who has been the team’s starting point guard for the last two years.
“Her leadership is dependable,” said Robbins. 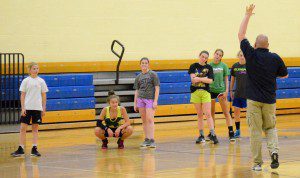 Arkoette was also instrumental in helping to fuel the girls’ soccer team’s run, as well.
“She is going to be a big key to helping our young talent develop,” Robbins said.
The underclassmen will get additional study time as Gateway’s schedule features just three games before the holiday break. The Gators open their season with consecutive road games against Dean Tech (Dec. 16) and Hopkins Academy (Dec. 18) before returning to the “Gator Pit” for their home opener Dec. 22 against St. Mary.
For a complete listing of opponents and game times, pick up your copy of The Westfield News daily, or visit us online at thewestfieldnews.com.