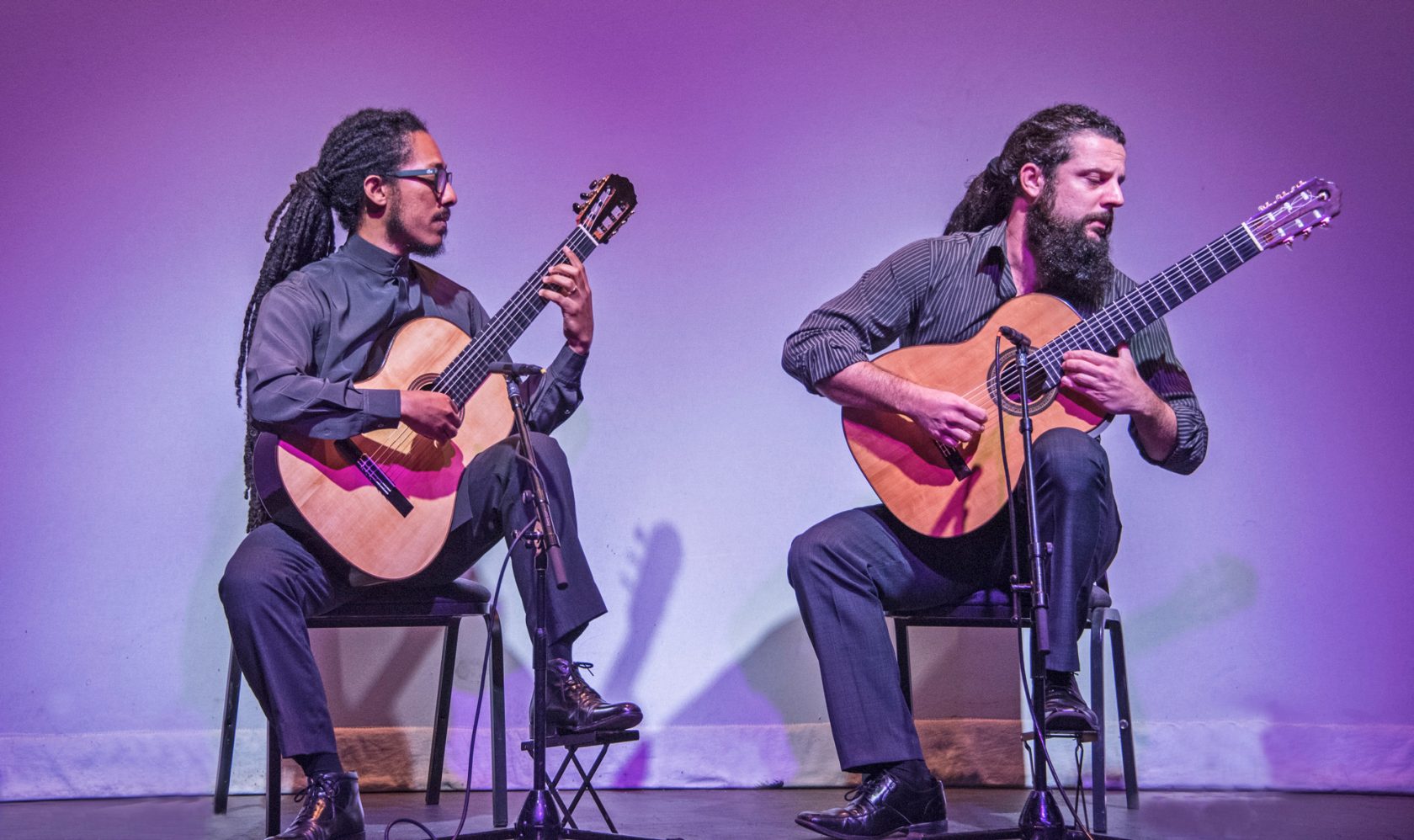 Goodspeed Musicals’ Resident Music Director Michael O’Flaherty will retire after leading the music department for 28 years. He steps down from the poidum when Billy Elliot: The Musical, closes later this month. Joining Goodspeed to head the Music Department will be Broadway Conductor, National Tour Music Director and Associate Music Supervisor Adam Souza. A Connecticut native, Souza was music director of TheaterWorks’ acclaimed musical Next To Normal. He was mentored by O’Flaherty. For details: www.goodspeed.org.

ArtsBeat is now on radio and television!  Tune in or stream every Friday at 8AM, on 89.5fm/WSKB or Westfield Community Programming Channel 15  .Upcoming guests include Lucinda Kidder from Silverthorne Theatre on November 8; Playhoue on Park’s Travy Flater on November 15; Holyoke Civic Symphony Maestro David Kidwell on November 22, and members of Albany Berkshire Ballet on November 29. Tune in or stream: www.wskb.org orwww.westfieldtv.org 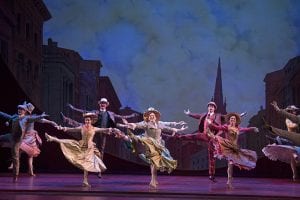 Hello, Dolly! opened on Broadway 55 years ago to become an international sensation. It made Jerry Herman a popular Broadway composer. It made superstars of Carol Channing, and later Mary Martin, Pearl Bailey, and in movies Barbra Streisand. Not a year goes by, when Hello, Dolly! isn’t taking center stage on theatres around the globe. Hello, Dolly! is one of the most beloved American musical classics, and its recent Broadway revival, created for Bette Midler, ramped up the original Gower Champion production that made history in 1964. Carolee Carmello from Broadway’s Parade, and John Bolton from Hartford Stage’s and Broadway’s Anastasia head the cast. This tour of Hello, Dolly!, playing The Bushnell November 12-17,  has been selling out in every city it plays. For details: www.bushnell.org. 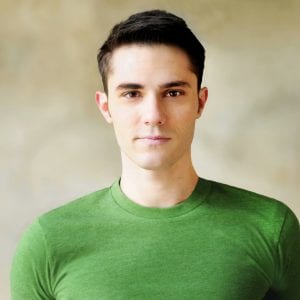 Assassins, the controversial musical by Stephen Sondheim and John Weidman, comes to The Center for The Arts in Northampton, under the auspices of K&E Theater Group, on November 14-17. Eddie Zitka, the theatre company’s Artistic Director, stages the award-winning musical, which shocked and enthralled audiences at its Off-Broadway premiere in 1990. It was later presented on Broadway and it returns to New York this season.  Assassins  profiles a group of Presidential assassins and wanna-bes in a carnival setting, with a superb musical score. It’s difficult to say whether the show is actually sympathetic to historical types like John Wilkes Booth or Lee Harvey Oswald. But, in todays political climate, it’s still intensely relevant. For details: http://www.ketg.org/

Pike St., written and performed by Nilaja Sun, is the acclaimed story of a family on the Lower East Side of New York City. As a storm approaches, a subway conductor who has quit her job to care for a child with an unspecified illness and mut support her family. Sun is best known her solo performance in No Child. Pike St plays Northampton’s Academy of Music on November 23, before moving to Hartford Stage in January. For details: www.aomtheatre.com

Games of Chance features the art of Shawn Farley and Lois Guarino, on display at The Augusta Savage Gallery at the UMass Fine Arts Center in Amherst through November 26. Farley, best known as the Marketing Director of The Fine Arts Center, has exhibited her constructions regionally. Her works are comprised of foundry molds, wood, oil, latex and/or acrylic paint. For details: https://www.umass.edu/events/art-exhibit-games-chance-shawn 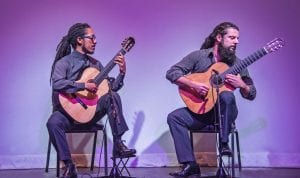 The Brazil Guitar Duo, the winners of the Concert Artists Guild International Competition,  will be on full display at UMass’s Bowker Auditorium on November 9, as part of the Fine Arts Center’s Classical Guitar Series. The following day, Brasil Guitar Duo will lead a master class for advanced guitar students, open to observers, from 9:30 a.m. to 11:30 a.m. at the Eric Carle Museum of Picture Book Art.. For details:www.fineartscenter.com/brazil

Berkshire Mountain Guitar Summit comes to Pittfield’s Colonial Theatre on November 7, under the auspices of Berkshire Theatre Group. Under the direction of Rev Tor & Friends   The concert will showcase 10 of Berkshire County’s very own guitar heroes, playing and singing iconic hits backed by Rev Tor & Friends.   There will also be a special appearance by The BTG Youth Choir backed by the Berkshire Music School Kids Rock Ensemble. For details: www.berkshiretheatregroup.org. 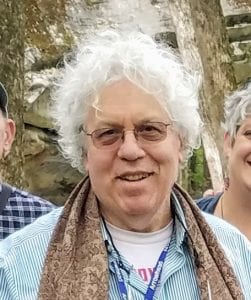 Dream/Awake, a new play written by and directed by J. Peter Bergman, plays Pittsfield’s Whitney Cener for The Arts, November 8-17. The play is about a man dealing with both seven-year-itch syndrome in his marriage and with the ghosts of his childhood experiences that have reinforced identity issues. Now he cannot help but confuse his dreams and his real life. Bergman i an area arts reporter and a member of The Berkshire Theatre Critics Association. For details: www.thewhit.org 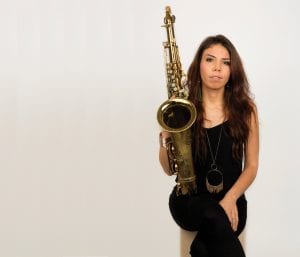 Melissa Aldana, the first female and first South American musician to win the Thelonious Monk International Jazz Saxophone Competition, brings her jazzquartet to UMass Bowker Auditorium on November 14, under the auspices of the UMass Fine Arts Center. As the 2019-2020 Billy Taylor Jazz Residency Artist at the Fine Arts Center, Aldana will spend three days in western Massachusetts prior to her performance connecting with students and communities to share her music and stories. For details: www.fineartscenter.com/aldana.

Matilda, the recent Broadway musical hit inspired by Roal Dahl’s story, will be performed by The Opera House Players at the  Enfield Annex Stage 124 North Maple Street, Enfield weekends trough November 24. ,Matilda is an extraordinary girl with the gift of telekinesis who struggles in her young life while dreaming of a better life and a happy home.For details:  www.operahouseplayers.org.

It’s A Wonderful Life: A Live Radio Play, based on the classic holiday movie, will be presented by the Valley Repertory Company on November 8-9 and 15-16 at Asnuntuck Community College in Enfield, CT.  with a fun, historical twist and unique way to experience a beloved American holiday classic.  In this production, a group of famous actors, supported by a sound-effects Foley artist, delivers the lines of all the characters from the movie live during the golden age of radio to ta live studio audience. For details: .http://valleyrep.com/