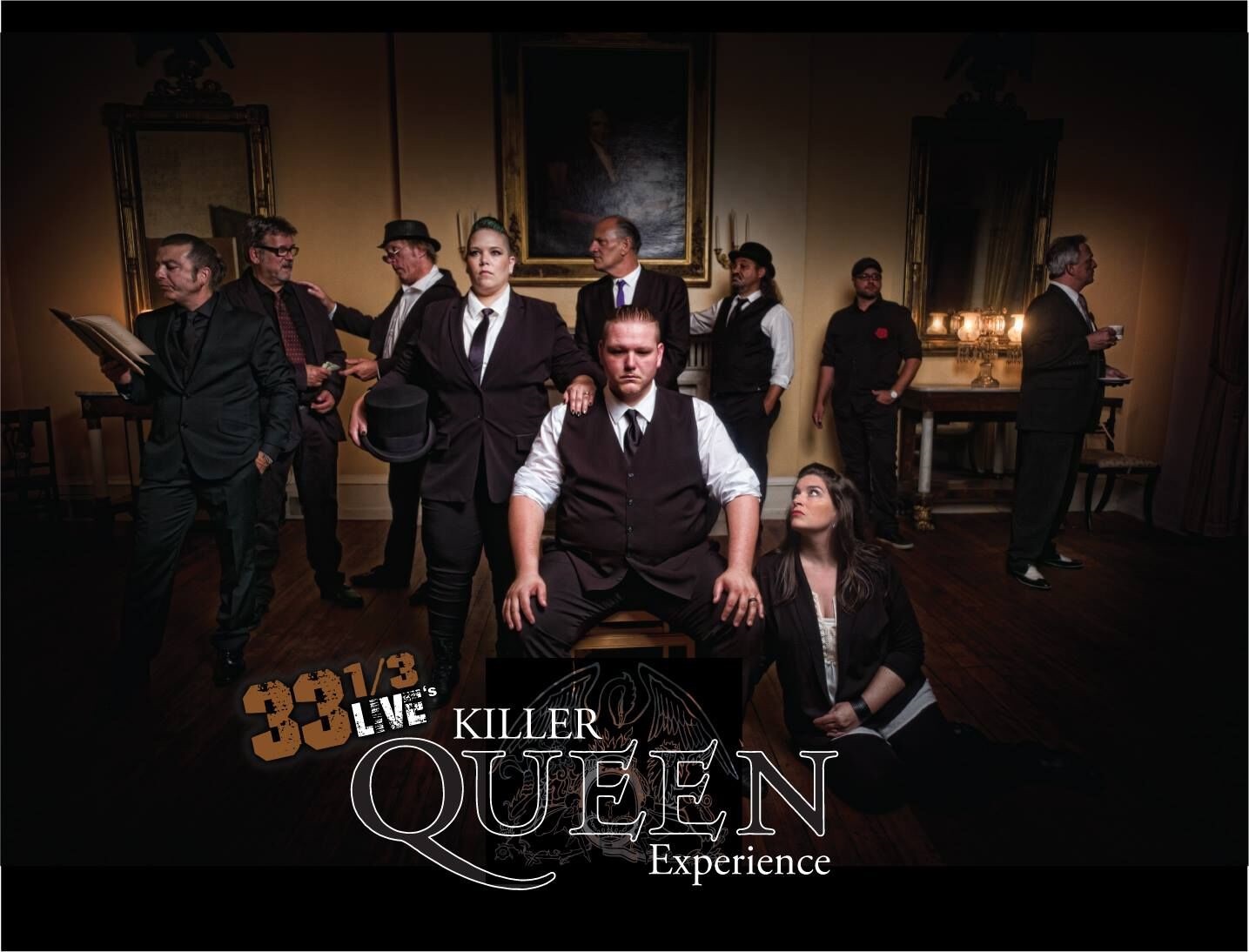 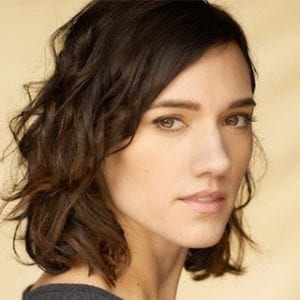 Jane Eyre, Charlotte Brontë’s beloved tale of courage, sacrifice and self-respect, will debut in a new adaptation by Hartford Stage Associate Artistic Director Elizabeth Williamson, who also directs, February 13-March 14. Brontë’s hauntingly beautiful gothic masterpiece features one of literature’s greatest feminist heroines in the character of Jane Eyre. Orphaned as a child, Jane takes a position working as governess at Thornfield Hall for the brooding Edward Rochester. The strong-willed Jane falls in love with her mysterious employer, but the discovery of a dark secret and its devastating aftermath forces the young governess to make a heart-wrenching decision that changes their lives forever.

“Jane Eyre has always been one of my favorite novels, and I’ve been waiting to stage it for years. I love the way Bronte used the gothic model to write a startlingly original, powerful story of one young woman’s making her way in the world against considerable odds”, Williamson said. “I’m delighted to be tackling it with the remarkable Helen Sadler as Jane, Chandler Williams as Rochester, and a wonderful company across thec board.”

Williamson previouosly directed Henry V, the woirld premiere of Seder by Sarah Gancher, and Caryl Churchill’s Cloud 9 at Hartford Stage. A dramaturg as well as director, her credits include the current Broadway hit The Inheritance by Matthew Lopez, the Tony Award winning musical A Gentleman’s Guide to Live and Murder, and Anastasia, which played The Bushnell last month. She recently did an hour-long interview on ArtsBeat Radio/TV.

Goodspeed Musicals announced its new Worklight musicals series, at its second theatre, The Terris Theatre, in Chester, CT. The series will launch with Johnny & the Devil’s Box featuring book, music and lyrics by Douglas Waterbury-Tieman (May 27 – June 7).  The summer title will be announced soon. Closing out this first season will be Ghost Brothers of Darkland County which features a book by Stephen King and music and lyrics by John Mellencamp (October 21 – November 8).  For details: www.goodspeed.org.

She Loves Me! will be presented by the Westfield Theatre Group at The Westfield Woman’s Club, March 20-April 4. The musical, with book by Joe Masteroff (Cabaret) and music and lyrics by the duo Jerry Bock and Sheldon Harnick of Fiorello and Fiddler on the Roof fame, is adapted from a 1937 Hungarian play, which inspired the films The Shop Around The Corner and In The Good Old Summertime. It surfaced again in the Tom Hanks film You’ve Got Mail. For details: www.westfieldtheatregroup.com.

Pioneer Valley Performing Arts Charter Public School (PVPA) and Music and Poetry Synchronized (MAPS) had been planning over the last year to take 15 students to An?asco, PR for a school collaboration with Alcides Figueroa School (AFS). The students at AFS wrote poems during the fall semester and the PVPA/MAPS students are currently writing the music for those poems, turning them into completed songs. They were supposed to perform in Puerto Rico in January, but the earthquakes forced them to cancel their visit. They’ll perform a benefit concert at Gateway City Arts in Holyoke on February 13. For details: https://mapsmusic.org/

Barrington Stage Company has announced a major gift of $1 million dollars from Board member Sydelle Blatt and her husband Lee. The gift will create the Sydelle Blatt New Works Commission Program. This is the largest gift Barrington Stage has received solely dedicated to new work in its 25-year history.  For details: www.barringtonstageco.org. 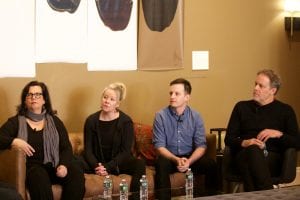 Tracy Brigden, director of The Lifespan of a Fact, with cast Tasha Lawrence, Nick LaMedica, and Rufus Collins at TheaterWorks. (SAMUEL BOUSHEE PHOTO)

The Lifespan of a Fact, the recent Broadway hit by Jeremy Karekan, David Murrell and Gordon Farrell, comes to TheaterWorks/ Hartford through March 8. This provocative take on fact, fiction, and truth is the story of a publisher who hires a fact-checker to go over a controversial artidcle by a powerhouse author. Tracey Brigden directs. The comedy stars Tassha Lawrence, Nick LaMedica, and Rufus Collins. For details: www.twhartford.org.

Love Letters, A.R. Gurney’s delightful portrait of a couple who are lifelong friends, from grade school through their golden years, will be performed over Valentine’s weekend, February 14-16 at the new LAVA Center in Greenfield. Three different Franklin County couples will perform the piece on three consecutive days. On Friday,, Ginger Carson and Kevin McVeigh of Greenfield will read the roles of Melissa Gardner and Andrew Makepeace Ladd III.  Saturday, it will be Northfield Mount Hermon Choral Director Sheila Heffernan and her husband Bill Hattendorf’s turn. The Sunday matinee will feature Conway’s Joan and Mike Haley as the couple.  Silverthorne co-founder David Rowland directs all three couples. For details: www.silverthornetheater.org 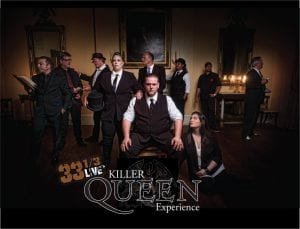 Westfield Concerts presents STARMAN: The David Bowie Tribute on February 7, and on February 8, it’s Live’s Killer Queen Experience. Both concerts are at the Westfield Woman’s Club, presented under the auspices of Gaslight Entertainment. Opening acts will be announced. For details: www.westfieldconcerts.com. 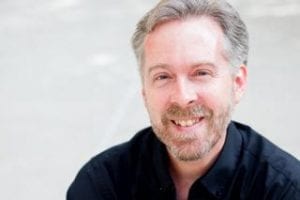 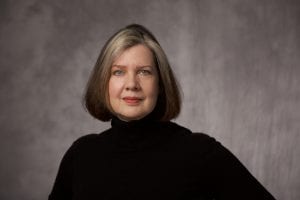 Love on Broadway, an off-beat collections of Broadway love songs, is the Springfield Symphony Orchestra’s upcoming pops concert, February 22 at Springfield Symphony Hall. Maestro Kevin Rhodes conducts a program featuring singers Emma Grimsley, Stephen Mark Lucas, Nathaniel Hackmann, and Jane Rhodes. Among the surprises are songs from Shrek!, Spamalot, The Secret Garden, with some classics by Rodgers and Hammerstein, Bernstein, and Lerner and Loewe thrown in for good measure. And, a rare opportunity to hear the lush “Say it Somehow” from Adam Guettel’s The Light in the Piazza. For details: www.springfieldsymphony.org

The Patsy Cline Tribute Show. The legendary Patsy Cline comes to life once again in the national touring show Memories of Patsy, which stops at The Berkshire Theatre Group’s Colonial Theatre in Pittsfield for one performance on February 15.This tribute concert takes its audience on a trip back in time. Some of the great tunes you can expect to hear at Memories of Patsy are: “Crazy,” “Walkin’ After Midnight,” “I Fall to Pieces,” “She’s Got You,” “San Antonio Rose,” “Sweet Dreams” and many more. For details: www.berkshiretheatregroup.org.