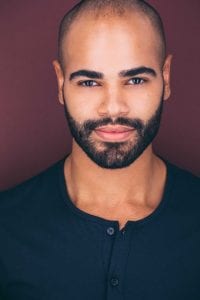 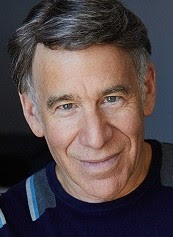 It’s the first musical production to be approved by Actors Equity since the pandemic began, and with enhanced protocols for actor and audience safety during the COVID19 crisis, Berkshire Theatre Group opens an abridged 2020 summer season with Godspell, the musical by Stephen Schwartz (Pippin and Wicked) with a book by John-Michael Tebelak. BTG presents the musical in an open-air tent on the grounds of Pittsfield’s Colonial Theatre, August 6 through September 4.

Godspell has a colorful history. Schwartz and Tebelak wrote Godspell while they were students at Carnegie Mellon, where the musical was first staged in 1970. Godspell, structured as a series of parables, is primarily based on the Gospel of Matthew. Schwartz based his lyrics on traditional hymns. Godspell moved Off-Broadway in 1971, and multiple touring companies brought the show to cities across the country for extended runs. The 1972 Toronto production launched the careers of Victor Garber (who starred in the movie), Eugene Levy, Andrea Martin, Gilda Radner and Martin Short, and its music director was Paul Shaffer. Godspell made it to Broadway in 1976, and returned in a revival in 2011, with a cast that included Hunter Parrish, Telly Leung, and Uzo Aduba (Orange is the New Black). 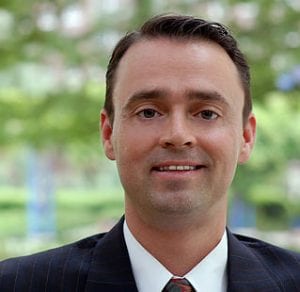 BTG’s production is staged by Alan Filderman, with music direction by Andrew Baumer and choreography by Gerry McIntyre. The cast is a mix of up-and-coming national talent, and actors who have been part of the BTG family or Berkshires natives. Best known in the cast is Michael Wartella, the Berkshires native who has appeared on Broadway in Wicked, Tuck Everlasting, and Charlie and the Chocolate Factory. He won rave reviews as Mickey Rooney in the pre-Broadway runs of Chasing Rainbows,(the story of Judy Garland before The Wizard of Oz) at Goodspeed and Paper Mill. Nicholas Edwards from Broadway’s Frozen and the national tour of Les Miserables, plays Jesus. Hanna Koczela, who appeared at BTG since she was a child, returns to The Colonial, alongside Pittsfield native Tim Jones, who after earning a Master’s in Aerospace Engineering, played the lead in Tarzan at The Colonial, Working at the Unicorn, and in A Christmas Carol at the Hanover in Worcester. 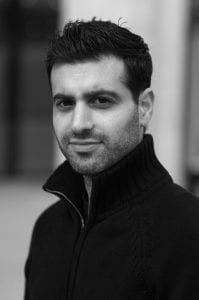 A few things to note before you attend a performance at Berkshire Theatre Group, which is taking all kinds of precautions for the safety of the audience, the actors, and the staff. The Godspell page lists safety rules and regulations. https://www.berkshiretheatregroup.org/event/godspell-2/ Also note: the capacity will be approximately 75 people per performance, and parking is available in the city lot next to the theatre. There will be raindates for each performance, and a weather determination will be made day of show, so check with the theatre before you jump on the MassPike.

Berkshire Opera Festival announced the cancellation of its performances of Mozart’s Don Giovanni, originally scheduled at the Colonial Theatre in Pittsfield, MA on August 22, 25, and 28. Their box-office at Berkshire Theatre Group will issue refunds to all ticketholders. The BOF co-founders, Jonathon Loy and Brian Garman, presented a video outlining their decision. https://www.youtube.com/watch?v=P7uPB6nrI5A&feature=emb_logo

PBS Great Performances presents Broadway At Home on Fridays. This series, aired by PBS stations, begins on July 24 with the Roundabout Theatre’s recent revival of She Loves Me, the Harnick and Bock musical inspired by the movie The Shop Around The Corner. She Loves Me originally starred Barbara Cook. The well-received revival, filmed by PBS, stars Laura Benanti, Jane Krakowski, and Gavin Creel. On July 31, PBS airs the 2017 Broadway revival of Noel Coward’s comedy classic Present Laughter, with Kevin Kline, Kate Burton, Kristine Neilsen and Cobie Smulders. Later in the summer, the series presents a documentary about Lin Manuel Miranda and his breakthrough musical, In the Heights; the 2019 Shakespeare in the Park production of Much Ado About Nothing with Danielle Brooks from Orange is the New Black and the Color Purple. Kenny Leon, who directed Berkshire Theatre Group’s Children of A Lesser God, stages the Shakespeare classic. Kelli O’Hara leads the cast of The King and I to round out the series. Check local listings. For details: https://broadwaydirect.com/pbs-releases-broadway-at-home-on-great-performances/

ArtsBeat TV/Radio features sculptor and photographer James Rosenthal and actor/baker Tara Franklin at 8AM on Friday on 89.5fm/WSKB, WCPC15, wskb.org or westfieldtv.org.

The WAM Suffrage Project. WAM Theatre’s Elder Ensemble and People of Color Ensemble are presenting an online exhibit of original art centered around the theme of suffrage and citizenship. The individual pieces – including visual art, songs, monologues, poetry, dramatic scenes, dance and photography – will be showcased in a free online gallery on the WAM website throughout July and August. The gallery includes reflections on the 100 year anniversary of the passage of the Nineteenth Amendment in combination with powerful statements about marginalized groups in this country who are still fighting for full and unwavering citizenship. In celebration and culmination of the four-month collaboration, WAM will host a special Opening Reception on ZOOM on July 26. For details: www.wamtheatre.com.

The Mahaiwe Performing Arts Center, in partnership with Bard College at Simon’s Rock in Great Barrington, has announced a drive-in movie series in the parking lot of the college’s Daniel Arts Center. Screenings will be held on Thursdays through Saturdays through Labor Day. The Mahaiwe joins Berkshire Theatre Group, which launched Sunset Cinema in the Taconic High School parking lot in Pittsfield. For details: www.mahaiwe.org.

The Sonia Plumb Dance Company will perform the world premiere of The Dance of da Vinci 2.0, to be danced on the grounds of the Hill-Stead Museum on July 31-August 2. The Dance of Da Vinci 2.0 explores the passions and obsessions of Leonardo da Vinci, the preeminent inventor, artist, and philosopher. Sonia Plumb provides choreography for the modern dance, with music by Michael Wall (SoundFORMovement) and projections by Bryan Swormstedt. These performances are part of Hill-Stead’s new arts series, From The Front Porch. Guests can arrive early to tour the Hill-Stead Museum and grounds. More information on the Hill-Stead Museum can be found at hillstead.org. For details: SoniaPlumbDance.org. Guests must bring blankets or chairs and maintain social distancing.