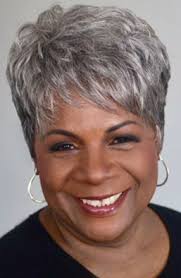 Preview: At The River I Stand at TheaterWorks

TheaterWorks opens its new season with a WORKshop presentation of a new musical, At The River I Stand, streaming through October 10. Since it’s a work-in-progress at its very early stages, the press were asked to not review it, but TheaterWorks invited me as well as several colleagues to experience a work-in-progress. Inspired by the 1968 Sanitation Worker’s Strike, the musical follows an eclectic group of Negro musicians who travel to Memphis to perform a benefit for the local workers during a racially-charged labor dispute.

Alani Ilongwe and Rowen Casey are the show’s writers, and the work is staged in a reading style by TheaterWorks’ Taneisha Duggan. A cast of seven, including Ilongwe and the always fabulous Tina Fabrique (star of the musical Ella, who tore the rafters off Jorgensen in UConn’s Nutmeg theatre production of How to Succeed in Business Without Really Trying) perform.

Essentially, when you’re seeing a production of a play or musical in its early stages of development, you’re taking a risk, somewhat like our foreparents did, when they ran down to the Shubert in New Haven to preview an unseen play with intentions of success on Broadway. Here, it’s still a staged reading, which may or may not progress to a fully-realized production.

Kudos to TheaterWorks, and director Taneisha Duggan for finding and developing this interesting work. I can’t tell you what I thought, or give you any idea of where this show is going, but I really enjoyed the opportunity to “attend.” Nonetheless, the score is awesome and the performances are great. And, from a technical viewpoint, it’s well-produced for video. 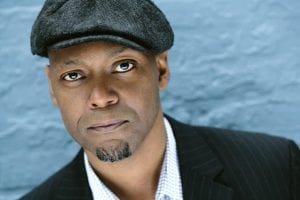 HartBeat Ensemble, Hartford, Connecticut’s only community-based and ensemble theatre, announced today a diverse and provocative lineup of virtual and audio theatrical experiences for Fall 2020. Inaugurating Artistic Director Godfrey L. Simmons’ tenure, the projects all reflect the 19-year-old company’s commitment to telling the stories of marginalized and BIPOC communities. Kristina Wong for Public Office, an interactive 65 minute comedic performance written and directed by Wong with direction by Diana Wyenn, mashes up campaign rallies, church revivals, and solo theater shows to uncover the history of voting, what it means to run for local office, and the impact artists can have on democracy. Originally built to tour alongside the rallies leading up to the 2020 Presidential election against a charming felt set she sewed herself, this rally is now being broadcast live on Oct. 8. Other fall season highlights include Play Like A Girl, curated by Hartford-based Grammy Award winning singer/songwriter Charmagne Glass-Tripp. Godfrey L. Simmons stars in Mike Daisy’s humorous The Trump Card on Oct. 19. American Dreams is an interactive live performance where the audience chooses their new neighbor from a group of competing immigrants. For season details: www.heartbeatensemble.org

The Mahaiwe has reopened for indoor limited capacity screenings.  The Great Barrington theatre has taken extra measures to ensure audience safety. Among the fall highlights are screenings of the London cast of the Broadway hit Kinky Boots on Oct. 7 and 14. Kinky Boots features music and lyrics by Cyndi Lauper, book by Harvey Fierstein, and staging by Jerry Mitchell. Steven Spielberg’s Gremlins will be shown on Oct. 9-10. Gordon Peele’s Get Out screens on Oct. 17-18. Benedict Cumberbatch stars as Dr. Frankenstein in the National Theatre’s Frankenstein on Oct. 21. He plays the creature on Oct. 28. Bette Midler, Sarah Jessica Parker and Kathy Najimy star in Hocus Pocus, screened on Oct. 23-24. and on Halloween Weekend, The Mahaiwe offers a double feature of Boris Karloff in Frankenstein and Bella Lugosi in The Devil Bat. For details: www.mahaiwe.org.

On The Mark is a new weekly hour-long TV and radio series, from the creators of ArtsBeat TV and Radio, on WCPC15 and 89.5FM/WSKB. On The Mark is produced by Mark G. Auerbach Public Relations and hosted by Mark G. Auerbach. Peter Cowles is our engineer. Tune in Wednesday mornings at 8 a.m. On Oct. 14, the series premieres with a discussion of writing medical narrative. Author JL Homan discusses his memoir about being a caregiver. Author Suzanne Strempek Shea talks about the new Medical Narrative writing program at Bay Path University, and Sharon Johnson, writer of the new podcast series Game Changers in Medicine from Dramatic Health join the chat. On The Mark appears on both WCPC15 and 89.5fm/WSKB. You can stream the programs as well on wskb.org, westfieldtv.org, and on YouTube. 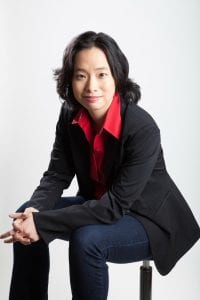 Masterworks In Depth with Carolyn Kuan, Hartford Symphony Orchestra’s new monthly series, profiles music originally planned to be performed through the season. On Oct. 9-11, Maestra Kuan and special guests, chat about Aaron Copland’s Lincoln Portrait and Leonard Bernstein’s On The Waterfront and Symphonic Dances from West Side Story. For details: www.hartfordsymphony.org.

The Hanover Theatre in Worcester is launching THT Repertory with the first indoor, socially-distanced performance in Massachusetts to be approved by Actors’ Equity Association. Thursdays through Sundays until Oct. 25, The Hanover Theatre Repertory presents an Edgar Allen Poe Double Header at the Jean McDonough Arts Center’s BrickBox Theater in downtown Worcester. For details: https://thehanovertheatre.org/ 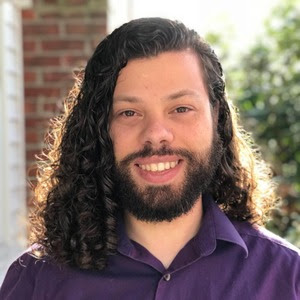 Connecticut Virtuosi Chamber Orchestra performs the premiere of Jonathan Kane’s commissioned work to honor COVID19 victims, Oct. 11, at Trinity-On-Main in New Britain and on Oct. 18, at SS Cyril and Methodius Church in Hartford. This may be the area performance of a new work inspired by the pandemic. The program also includes: Béla Bartók’s Divertimento for String Orchestra. The concert can also be streamed. For details: http://thevirtuosi.org/

Valley Voices, the popular storytelling platform developed by the Academy of Music in Northampton and New England Public Media, returns with Nailed It!, a program virtually presented and live-streamed from The Academy on Oct. 8. Advance reservations required. For details: https://www.eventbrite.com/e/valley-voices-story-slam-nailed-it-tickets-88029646041?_eboga=610526108.1479232961

Wanda Houston and Rob Kelly celebrate the diversity of women in jazz outside the Berkshire Theatre Group’s Unicorn Theatre on Oct. 11. Houston has performed on Broadway and on concert stages with her mix of standfards. KJ Nosh provides snacks and beverages. Advance reservations required. For details: www.berkshiretheatregroup.org.

Mark G. Auerbach studied theatre at American University and the Yale School of Drama. He’s worked for arts organizations and reported on theatre for newspapers and radio. produces and hosts ArtsBeat TV/Radio for WCPC15 and 89.5fm/WSKB, and is a contributor to Pioneer Mark Valley Radio.