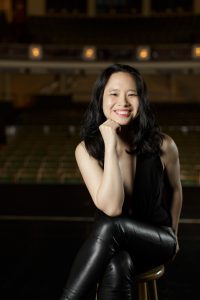 The Hartford Symphony Orchestra’s Masterworks Series features classical music on Fridays, Saturdays and Sundays in the Belden Theatre at The Bushnell in Hartford. Maestra Carolyn Kuan is music director. The season opens Oct. 3-5 with Beethoven’s Symphony No. 7. A Nov. 5-7 program features music of Copland and Bernstein. Music from Tchaikovsky’s “The Nutcracker” and Greig’s “Peer Gynt” ring in the holidays, Dec. 3-5. Dvorak’s “From The New World Symphony” kicks off the New Year (Jan. 14-16), followed by Stravinsky’s “Firebird Suite” and selections from Bizet’s “Carmen,” Feb. 11-13. A Mendelssohn evening is planned for March 11-13, and music from Rachmaninoff and Tchaikovsky are featured April 8-10. Rimsky-Korsakov’s Scherherazade will be performed May 6-8. Beethoven’s Ninth ends the season on June 10-12. For details: www.hartfordsymphony.org. 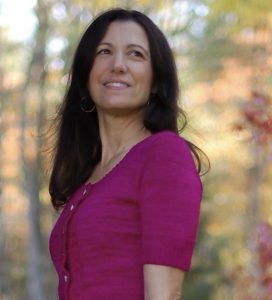 The Holyoke Civic Symphony, with Maestro David Kidwell on the podium, is one of the area’s finest community orchestras, with free concerts, mostly at Holyoke Community College. They begin performances Oct. 24 with music of Villa Lobos and Greig and soprano Mary Annarella. On Dec. 12 (at a place to be announced), they salute Beethoven’s 251st birthday, alongside some holiday favorites. Music of Scandinavia is featured on March 6, and Kidwell plays piano for Gershwin’s “Rhapsody in Blue” on May 1. That program also features his “Shenandoah.” For details: www.holyokecivicsymphony.org. 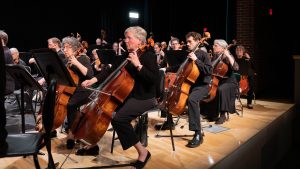 The Pioneer Valley Symphony begins its 83rd season with a mix of virtual and live performances (the latter at Greenfield High School), under the direction of Tianhui Ng. The season launches with Liszt’s “Les Préludes,” followed by Dvo?ák’s “New World” Symphony, streaming on Oct. 9. On Nov. 27, the orchestra streams a program with music by Rossini, Schubert and Watkins. The PVS Holiday Pops, Dec. 11, will feature a new work by area composer Clifton “Jerry” Noble, along with seasonal favorites. Next year brings the world premiere of Argentine composer Andres Martin’s “Vox” cello concerto, written in response to the pandemic. This piece, along with Stravinsky’s “Firebird Suite,” will be performed March 15 at John M. Greene Hall in Northampton. The PVS and Chorus end the season on May 7 with Brahms’ “German Requiem.” For details: www.pvsoc.org.

Breath of Life by David Hare, streams from Shakespeare & Company on Sept. 11-12. A compelling tale of two women whose lives are interwoven, the production, directed by Mark Farrell, stars Tina Packer and Annette Miller. The program also features Allyn Burrows. For details: www.shakespeare.org.

Al Franken comes to Northampton’s Academy of Music Theatre on Sept. 18, as “The Only Former U.S. Senator Currently on Tour.” For season details: www.https://www.aomtheatre.com/.

Millpond.live returns to Easthampton’s Millside Park on Sept. 10-11, courtesy of Laudable Productions. The free concert line-up is a blended mix of artists returning to the area, and new acts, including French-Caribbean singer and bassist Adeline, The Williamsburg Salsa Orchestra, and Red Baraat. RSVP required. For details: https://thirdrow.live/millpond/. 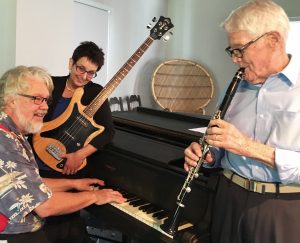 The Bob Sparkman Trio, featuring Sparkman, Kara Noble and Jerry Noble, plays jazz standards on Sept. 12 at a free concert on the Huntington Town Green, under the auspices of the Historic North Hall Association. The trio showcases blues, jazz, and swing. In case of rain, the show moves indoors to Stanton Hall. For details: www.northhallhuntington.org.