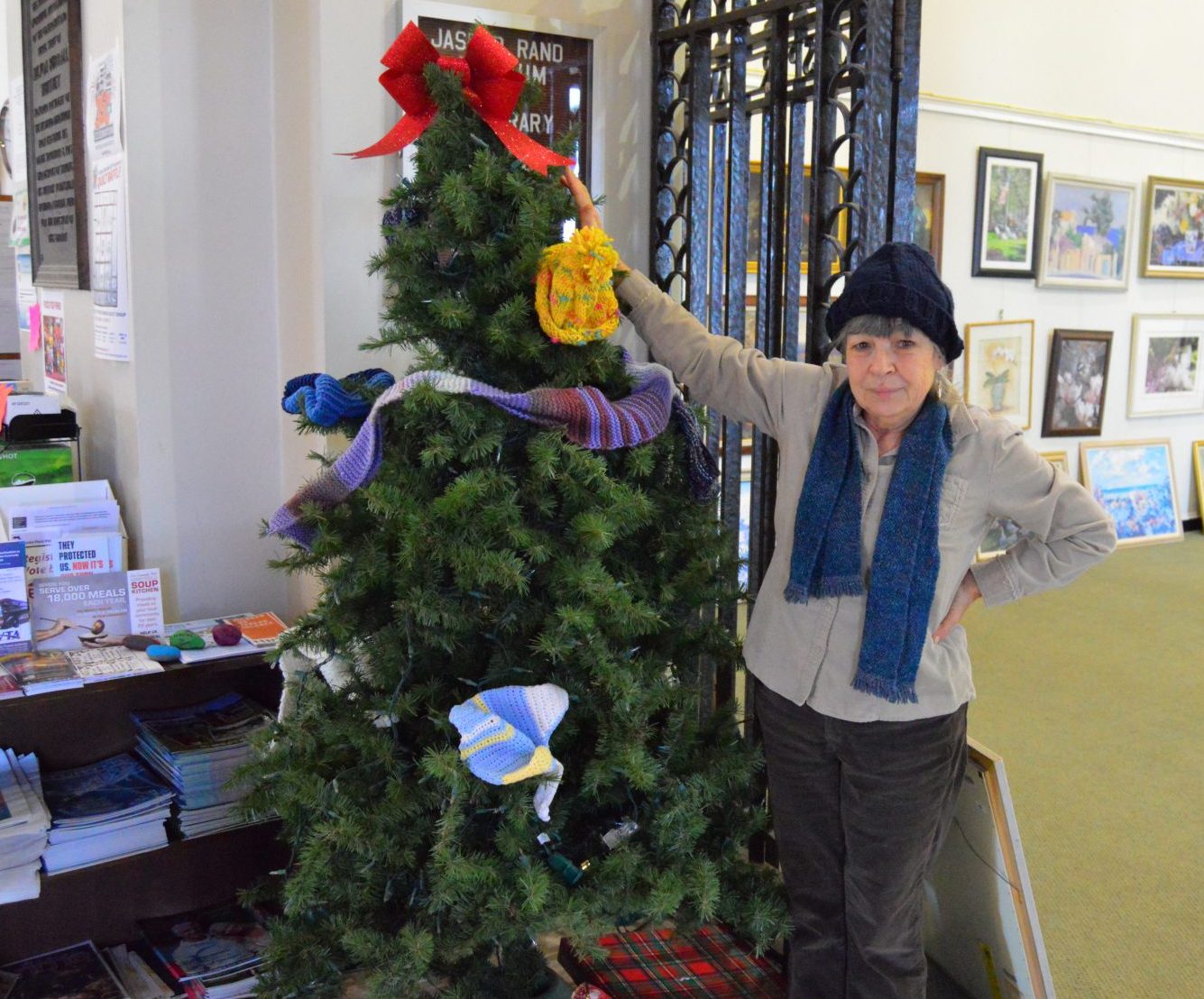 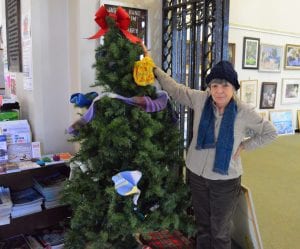 Sandy Records, Head of Circulation at the Westfield Athenaeum, stands next to the Hat and Mitten Tree in the Athenaeum lobby. She personally knitted the hat and scarf she is wearing, as well as several of the other items on the tree. (Photo by Peter Currier)

WESTFIELD- The Westfield Athenaeum is displaying its fourth annual Hat and Mitten Tree to collect warm winter clothes for charity.

The tree is on display near the circulation desk of the library. It is decorated with knitted hats, scarves, and mittens that have been donated or made by library staff.

“It originally came from our knitters group who decided it would be nice to knit hats for people in town who needed them,” said Sandy Records, Head of Circulation for the Athenaeum, “we decided to extend it to the rest of the community.”

Records said that anybody may donate hats, mittens, scarves, and other warm clothes that are small enough to hang on the tree. The clothes may be handmade or purchased from a store, the only requirement is that they are new and in good condition.

Because people who donate often bring in multiple items of clothing, it is difficult to say how many people bring in donations each year.

“We had one very generous woman who brought in a giant trash bag full of clothes she had knitted over the past year,” said Records, “We had more than enough items for everyone at the Samaritan Inn, Our House, and more to bring to the Food Pantry in Westfield.”

Because the library was recently closed for a week due to ongoing construction, they have not been able to collect as many donations as in previous years. Records said that last year she took the money raised from their Jeans Drive and purchased more men’s insulated gloves.

On Friday’s, staff at the Athenaeum are allowed to wear jeans to work if they put one dollar into their charity fund. They save this money until they have a respectable amount, then decide as a group which charity in town they are going to give it to.

The Hat and Mitten Tree will be on display with until December 20th.