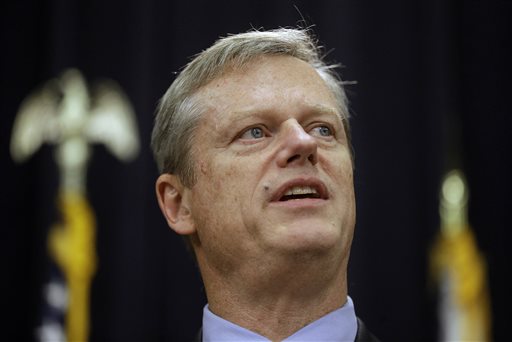 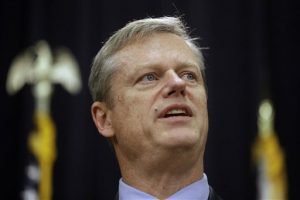 BOSTON – During the start of the snowstorm Monday, Gov. Charlie Baker said the winter storm was predicted to be the heaviest Monday afternoon and evening, with two to three inches an hour falling during that time.

Forecasters were predicting 12 to 18 inches of heavy wet snow across much of Massachusetts.

The Governor said on Sunday he asked all non-emergency employees in the executive branch to telework on Feb. 1, and all state offices were  closed to the public.

In Westfield, City Hall closed Monday at 1 p.m. and there is no on street parking until further notice.

Baker said with the evening commute at the height of the heaviest snow, he urged all employers to allow employees to work from home or to let them go home early. Speed limit on the turnpike was reduced to 40 mph.

MassDOT will have 1,400 plows with spreader combos, and 2,100 plows clearing the storm. Snow trains will also be clearing tracks. Emergency crews are also on alert for power outages, with wind gusts of 35 mph expected in some portions of the state, and 55 to 65 mph along the coast.

“This is our second major storm of the season. We’re used to dealing with snow this time of year,” Baker said but advised residents to take this storm seriously with the heavy winds and the speed in which the snow is expected to fall.

“We ask everyone to do their best today to stay off the road this afternoon and evening. Drive carefully. Don’t crowd the plow,” Baker said.