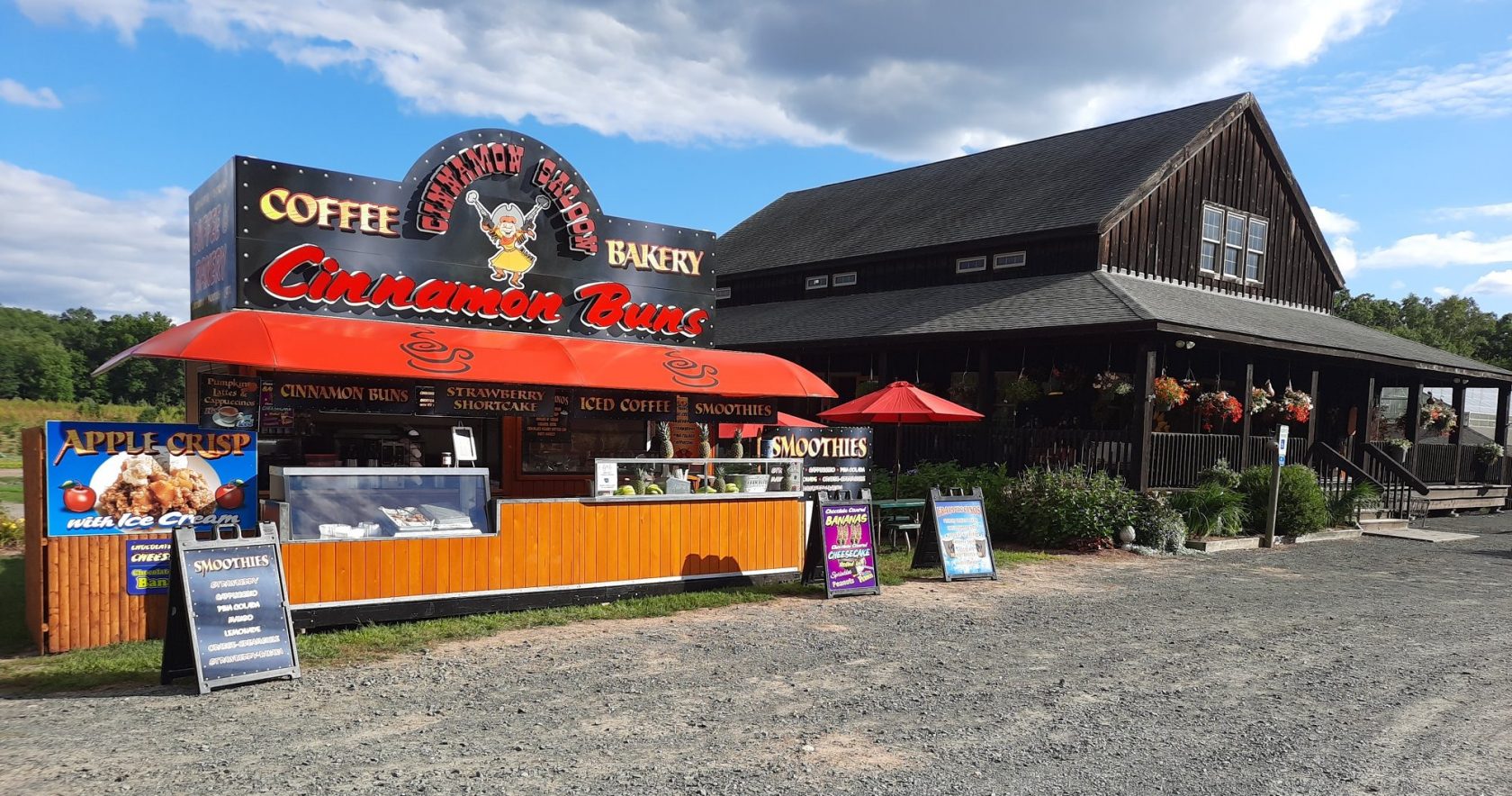 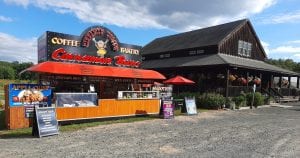 The Cinnamon Bun Saloon, normally found at The Big E at this time of year, has set up shop at Coward Farms on College Highway in Southwick. The Big E is hosting some of its vendors for drive-through service and other fare can be found at restaurants and stores throughout the area. (COWARD FARMS PHOTO)

WEST SPRINGFIELD- The COVID-19 pandemic has disrupted just about every major event or celebration in New England since March, including The Big E.

A victim of the pandemic, The Big E would have kicked-off this past Friday. But just because the fair was cancelled does not mean that fans will have to miss out on some of their favorite Big E foods.

Starting Tuesday, Sept. 22, loyal Big E visitors can get their annual fair food fix at the Big E Food-To-Go-Drive Thru. Some of the typical Big E vendors will be at the fairgrounds Tuesdays through Sundays until Oct. 18 to serve the same foods that one would find at the fair in a normal year.

There was an attempt to do something similar earlier in the summer, but the event was showered with complaints of overly long lines and poorly managed traffic.

This time, there will be a $5 entry fee per vehicle, and visitors will be able to reserve a specific time slot online in advance. Once entered, any foods from the three vendors in place can be purchased. It will be open to passenger vehicles only, and patrons will follow a guided one-way route through the drive-thru starting at gate 9 a.m.

An Eastern States Exposition spokesperson emphasized in a written statement that COVID-19 guidelines would be strictly enforced for everybody who enters the fairgrounds.

“We were overwhelmed with the support we received during our first food drive thru. It’s clear The Big E will be missed, and this is our way of creating a safe, socially distant opportunity to present the genuine foods people have come to know and love, and continue to create memories for our guests,” ESE President and CEO Gene Cassidy said, “This is the real thing!”

There will be three main vendors each week of the Big E drive-thru. This week’s vendors include Butcher Boys, Calabrese Market and Grill, and Piches Concessions. Next week will feature Angela’s Pizza, Big Kahuna, and Cinnamon Bun Saloon.

For some staple foods of the Big E, purchasing a ticket is not required as some local restaurants have opted to offer some of their Big E menu options at their normal locations.

Southwick’s Moolicious Farms will be offering the Moo-Nut at their Feeding Hills Road creamery. The Moo-Nut is a glazed donut stuffed with ice cream covered in your choice of two toppings.

North Elm Butcher Block in Westfield will be making poutine using cheese curds made from Westfield’s Pomeroy Farm, and Coward Farms in Southwick has the Cinnamon Bun Saloon food truck on site, but it is requested that patrons take their food offsite to eat.