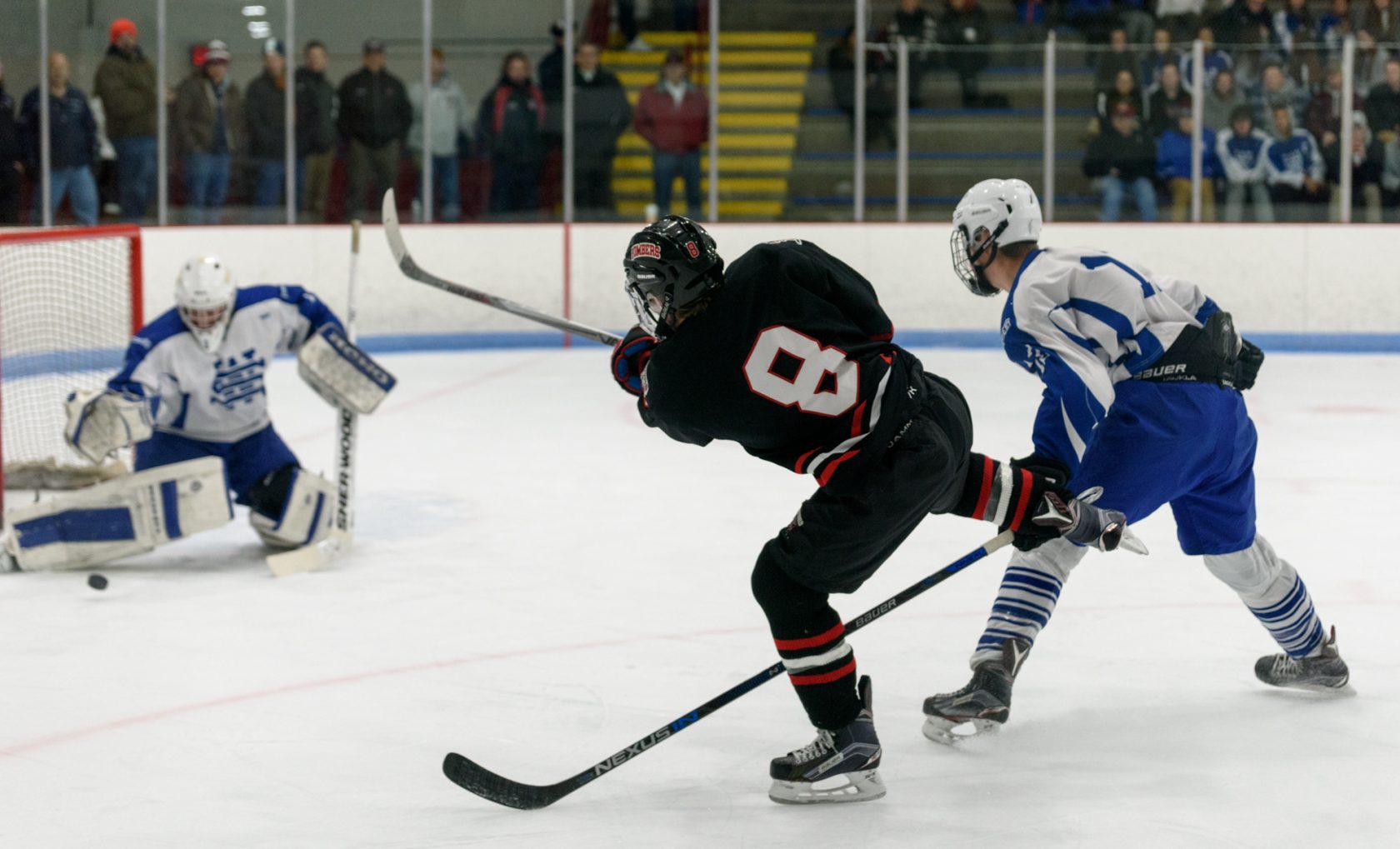 WEST SPRINGFIELD – Share, share, share … and share alike.
That appears to be the theme for the Westfield High School boys’ ice hockey team, at least in the early going as four different players scored to lead the Bombers (2-0) to a 4-0 victory Thursday night against West Springfield at the Olympia in West Springfield. 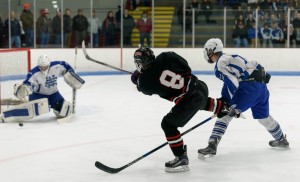 Westfield’s Ryan Porter (8) fires one from the point against West Side Thursday night at the Olympia in West Springfield. (Photo by Bill Deren)

Mastello magnificent
Gateway 30, Westfield Technical Academy 26
Shane Mastello had a monster effort to lead Gateway (1-1), nearly recording a triple-double with 14 points, 12 rebounds and seven blocked shots in the first game of the Box Out Cancer Challenge.
Calvin Rioux made a key basket late for Gateway, putting the Gators up by four with about 10 seconds remaining on a follow-up of a missed lay-up to secure the victory.
Skyler Bishop led Westfield Tech (0-2) with seven points.