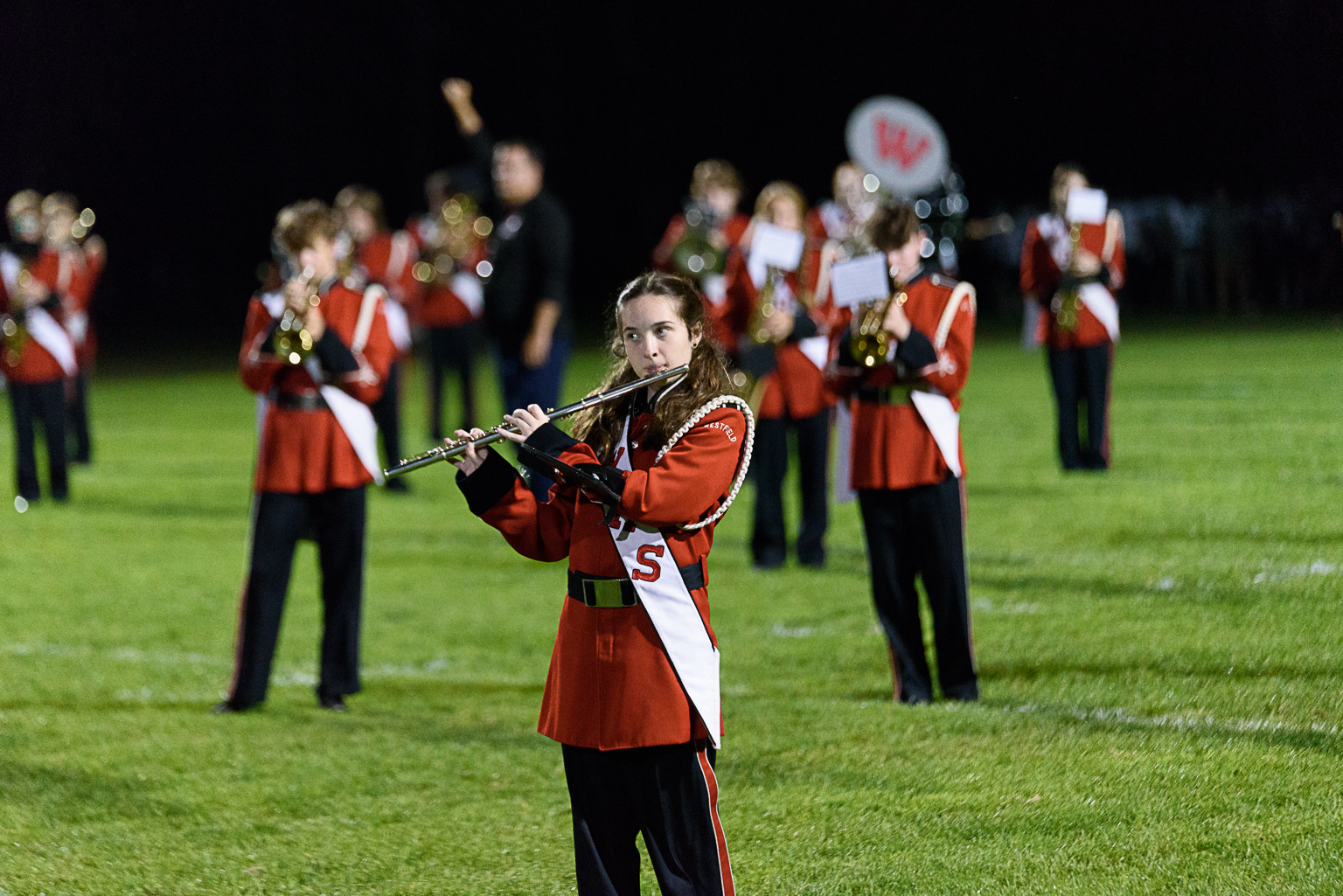 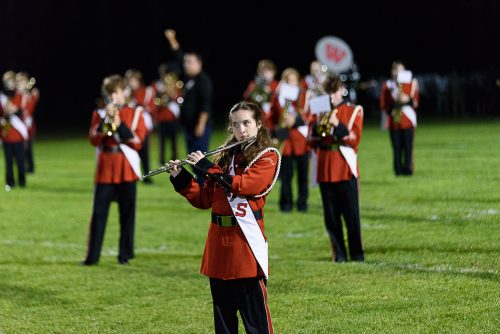 WESTFIELD — The Westfield High School Marching Band is in the middle of a busy season, and they’re loving every minute of it. At the Oct. 15 football game against Minnechaug at Bullens Field, which the Bombers won 13 to 0, the band couldn’t wait to get to halftime.

WHS Band Director Patrick Kennedy said after a year away due to COVID, this is a rebuilding year.

“For some of the kids, this is only their third time on the field,” Kennedy said, adding, “They’re super-excited.” 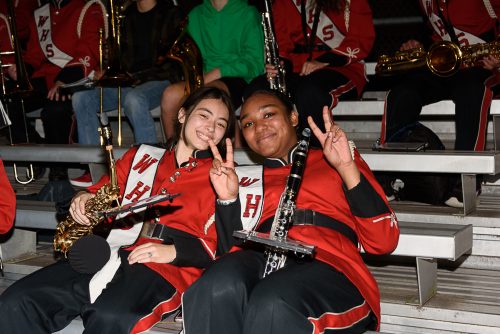 “It’s really positive, diverse and really welcoming. They made me feel at home really quickly. I’ve met a lot of wonderful people,” she said, adding that she also played in the band in her previous school. “Mr. Kennedy is awesome,” she said.

Last Friday was “Step Up Day” for the eighth graders, and Westfield Middle School band director Ryan Emken, along with 20 of his band members, joined the high schoolers in the stands to watch them perform and join in, if they wished. Kennedy had posted the music online for them in Google Classroom.

“It’s a good way of getting them pumped up,” Kennedy said. Emken said his band kids were excited to sit with the high schoolers and watch the show.

“It’s a great way to continue the tradition,” he said, adding that it’s a fun crew coming up from WMS. The middle school band is also preparing for its first Holiday Concert on Dec. 1.

Both teachers said band camp this summer for grades 5 to 10 helped start the season off on a good note, especially after COVID-19 shut down the majority of their performances last year. They said they plan to continue the summer camp as long as it is supported by the district.

Bombers drum majors Jessica Isler, Angela Bongiovanni and Melody Latshaw, the latter two of whom were mentors in band camp, said all of the students are excited to be back, and having a full season of concerts and other events. Latshaw said not being able to play all together last year was hard, and band camp helped.

‘They’re enthusiastic and try their hardest,” she said about the Marching Band.

The band’s enthusiasm carried them into the following day, when the WHS Marching Band performed in Southwick’s 250th anniversary parade.

Tomorrow, Oct. 22, is Senior Night at Bullens Field. The football team will be playing against Chicopee Comp, and the band will be in full uniform.