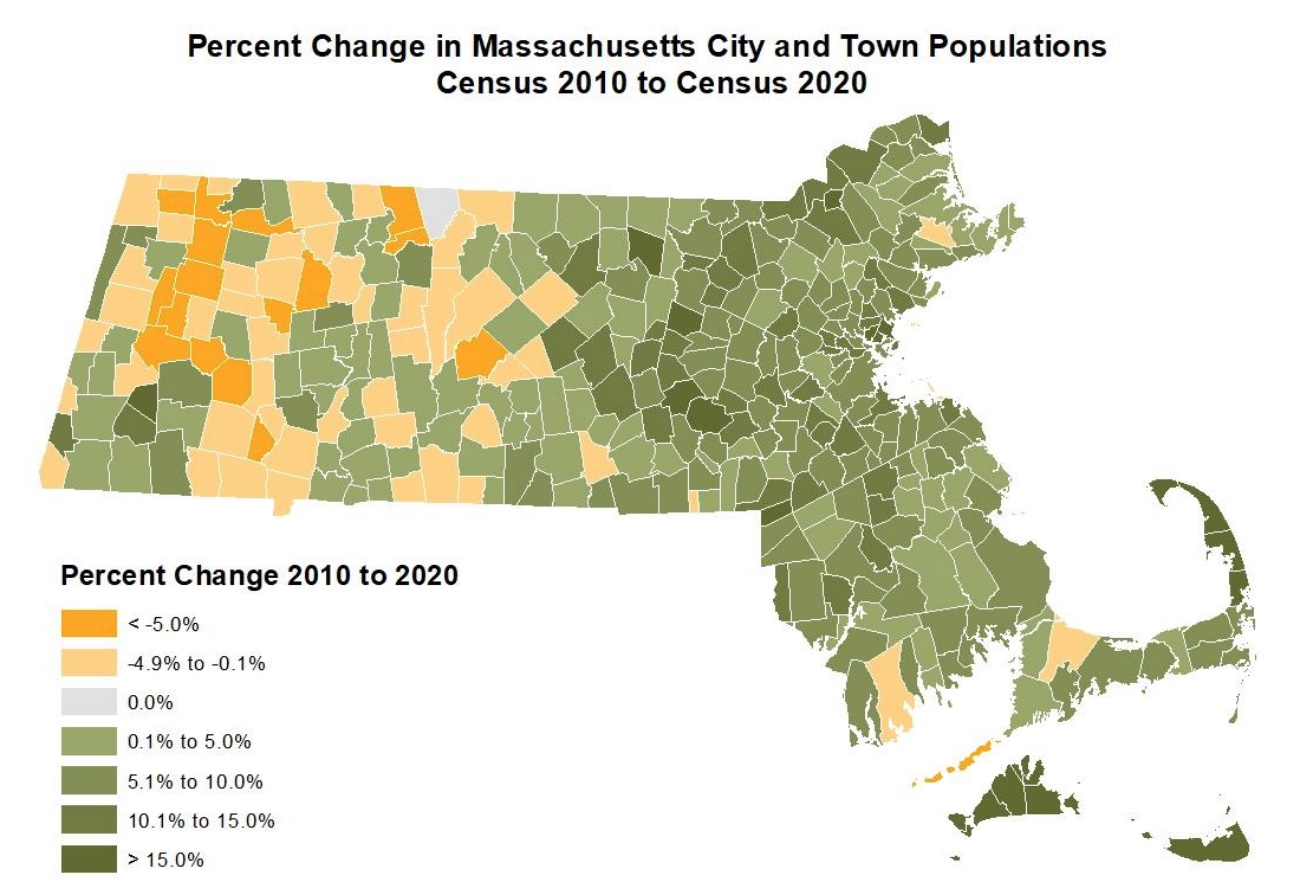 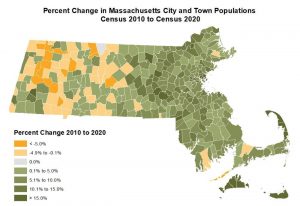 When recently published U.S. Census numbers showed both Westfield and Southwick losing population over the last decade, officials from both communities were surprised.

Westfield Mayor Donald F. Humason said that he was shocked to see the population numbers fall, even if it is by a negligible amount, because he was expecting it to have risen from 2010’s population.

“We looked at housing, there are a lot of jobs here, schools, a college, a hospital,” said Humason, “You would expect our population to increase rather than decline.”

The COVID-19 pandemic may have impacted the federal government’s count, which started in April 2020, as the door-to-door information gathering for which the census is famous was considered a risk for COVID-19 spread. Humason suggested that the pandemic’s effect on census-takers’ ability to collect data may be the reason for the reported population drop, and that the true population may have actually risen.

Westfield City Clerk Karen Fanion and Southwick Town Clerk Michelle Hill each said that they had received preliminary numbers from the Census Bureau that had actually shown slight population growth in both communities. They both said they were surprised to see that the published census numbers showed a decrease in population instead.

In both cases, even if the reported decrease is true, it is not expected to have an impact on each community’s ability to acquire grant funding from the state and federal governments, and it will not result in any significant political or voting precinct lines to be redrawn.

In Massachusetts, each city and town performs its own census each year, allowing municipal clerks to gauge shifts in population on an annual basis. The local census is conducted by mail.

Hill said that there has always been a discrepancy between the population in Southwick’s annual census and the federal census that takes place every 10 years. She said that the annual census numbers often heavily fluctuate, to the point where she doesn’t usually report them, because she is unsure of the reliability of the data. She also said that residents often get confused when the federal census takes place, as the annual local census would also have taken place that year, and residents may believe they only have to fill out one of them.

“I think the federal numbers are usually stronger,” said Hill.

Fanion said that the Census Bureau has been publishing updates to the numbers on a rolling basis, starting with communities that experienced more significant population changes in either direction, which applies to neither Westfield or Southwick.

Humason said that if the perceived discrepancy in the 2020 census numbers had been more significant in Westfield and had led to actual negative impacts to the community, he would have gone to state or federal officials to ask them to do something. Because the reported numbers won’t affect grants or congressional boundaries, Humason said it wouldn’t be worth the effort to do so.

“I don’t know if I will ever be able to prove it, but I would guess the population is a little higher than they said it was,” said Humason, “Not a significant amount, but a little higher.”

The Census will have an effect on state legislative boundaries, however. As the overall population of Massachusetts grew, state House and Senate districts will have to include greater populations after the next round of redistricting. It is expected that the district currently represented by state Rep. Kelly Pease, consisting of the city of Westfield alone, will have to expand geographically to take in neighboring small towns or precincts. The districts represented by state Rep. Nicholas Boldyga, which includes Southwick and two other towns, and state Sen. John Velis, which includes Westfield, Southwick, and all or some of nine other communities, may also see their territory enlarged, as most communities in western Hampden County saw either declines or modest gains in population.

Humason said that he suspects other neighboring communities have experienced a similar discrepancy in the census data.