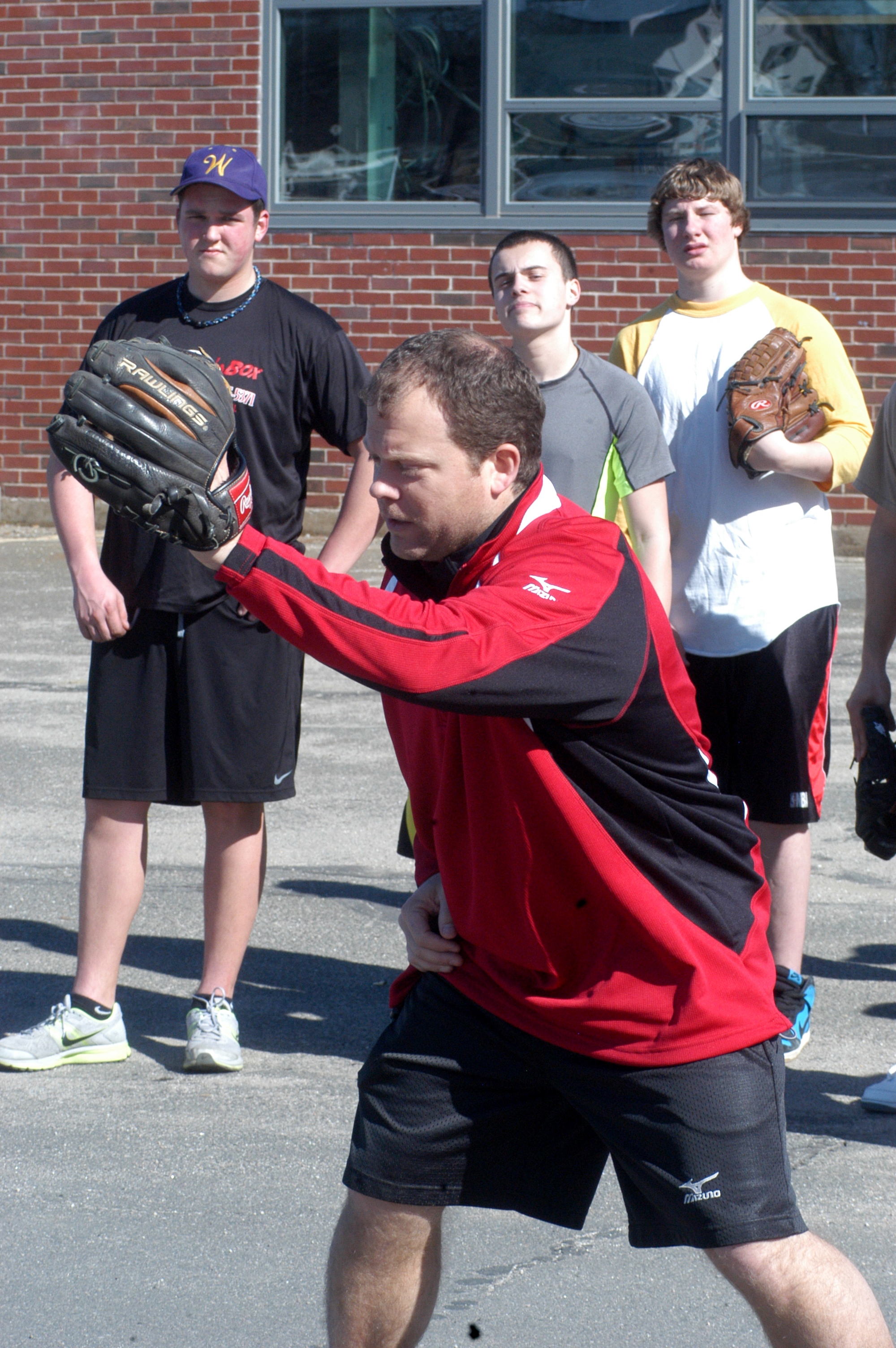 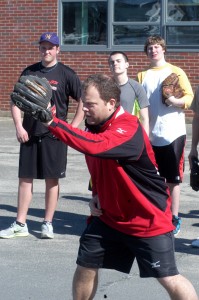 WESTFIELD – First-year Westfield Voc-Tech head baseball coach Kyle Dulude knows that there will be obstacles and adversity to overcome on the diamond this season. Luckily for him, he can fall back on one of the family jewels.
“The most influential person in my life in regards to the game of baseball has probably been my father (Len),” Dulude said, during Monday’s indoor spring practice. “I feel my dad kept me in the game at times when I got frustrated with it as a child … To be really good at something you have to put the extra time in and my dad taught me that.”
“One of the most important coaching philosophies I now have is to make each player feel like they are a family member. It gave me a perspective that making a team a family environment allows players to be there for each other through good times and bad.”
It will be a challenge for the Tigers’ new head coach.
Dulude replaces longtime baseball coach Clem Fucci, who quietly announced his retirement from the program this past offseason. Fucci coached the Tigers for 28 years.
“Besides great excitement in finding my new coaching position, I also find great responsibility to a program that someone spent a lifetime building,” Dulude said.
Dulude spent several years of his life, building a solid softball program. He compiled a win-loss record of 141-41 over a 12-year span, won two Tri-County League championships (2003, ’11), and recorded a perfect Tri-County regular season record of 16-0 in 2011.
Westfield Voc-Tech athletic director Karen Gomez will coach the varsity softball team this season.
Dulude has also enjoyed success as a ballplayer.
In 1992, Dulude was an All-American selection for the city’s Babe Ruth All-Stars team, which finished as World Series’ runners-up. He was also a three-time Western Massachusetts champion for Voke during his sophomore, junior, and senior years, one of which included a perfect run.
Dulude said he has drawn inspiration from several well-known local names as Rich Zyra, Bill Amanti, Ed Jeru, Gary Bevilaqua, Steve Mazzlar, Frank Mochak, Phil Aucella, Bill Daley, Brian Mundorff, Tom Sgroi, and Emmett Morrill.
He is attempting to follow a path laid by previous Voke coaches John Wiley, Len Larabee, and now, Clem Fucci.
“I am excited to be able to dramatically impact the development of players,” Dulude said. “I feel like I have a lot to give.”
“These players had a real good coach,” he added. “I am just going to make some minor changes … These kids already have a great foundation. Without (Clem), we wouldn’t have had that.”
Dulude inherits a solid nucleus with an electric battery at the core in junior pitcher Jake Parsons and senior catcher Bailey French.
Westfield Voc-Tech could also receive a spark from some of the underclassmen like freshman Nick Clegg, who has already drawn praise from Dulude for his athleticism, speed, and baseball savvy.
“Nick’s out there pushing some of our veteran players,” the Tigers’ new head coach said. He also noted that returning senior Nick Wood is expected to contribute heavily during the 2014 season.
“I’ve been very impressed with (my team’s) respect for baseball, their mannerisms, and paying attention to detail,” Dulude said. “I’m excited to see how much they truly believe in themselves.”
Dulude will also receive a hand from assistant coach Jason MacLeod, also the team’s JV head coach, as well as volunteers Bruce Hastings, Emmett Morrill, and Joe Fiore.