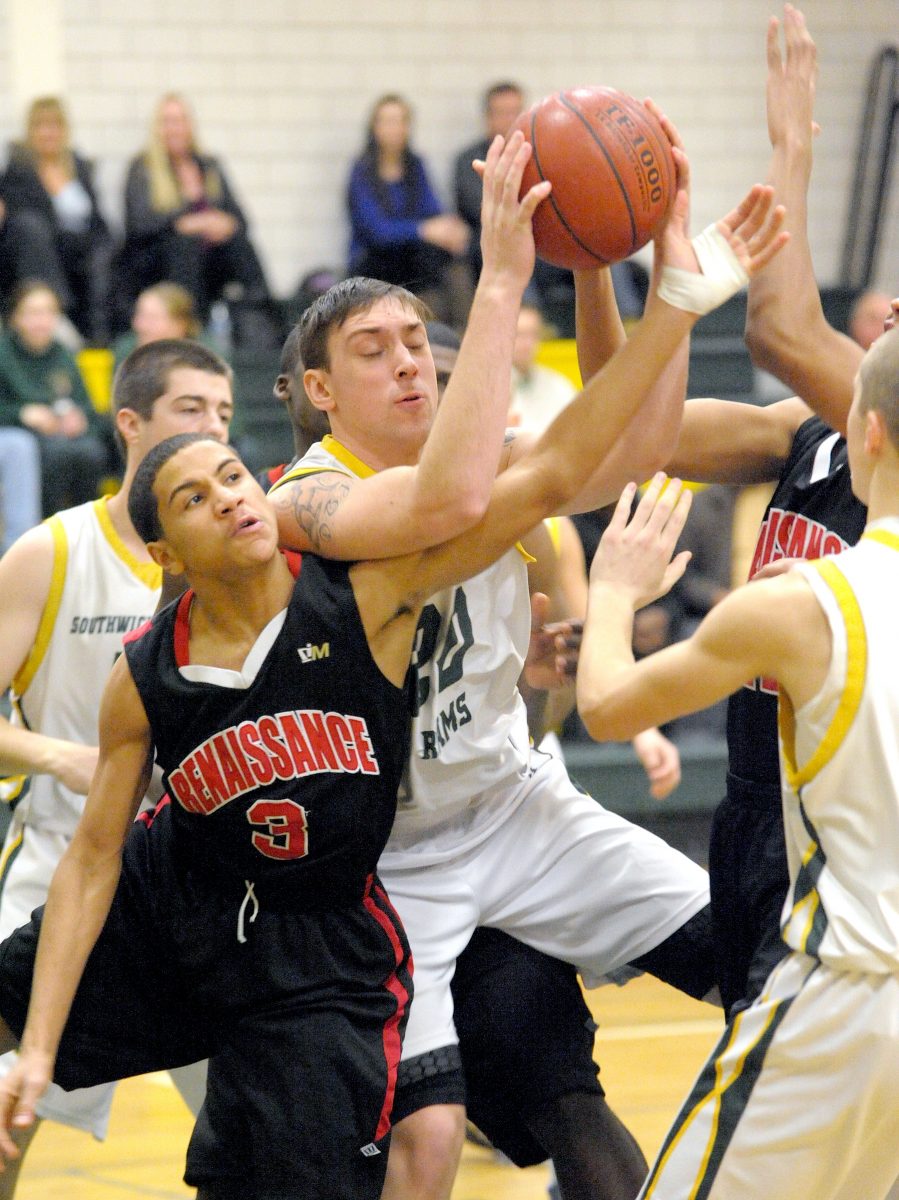 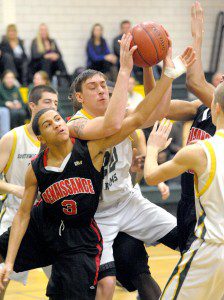 SOUTHWICK – The only cold spell outside spilled over on to the hardwood inside late Friday night, leaving one local boys’ basketball team frozen in silence.
Renaissance outscored Southwick-Tolland Regional 39-9 in the second half of Friday night’s game en route to a 70-32 victory. Carlos Gonzalez (17 points), John Togba (14), and Patrick Straughter (14) paved the way for the opposition.
Senior Dylan Grunwald scored a team-high eight points for Southwick (5-5), which trailed just 15-11 after one quarter, and 31-23 at the half. 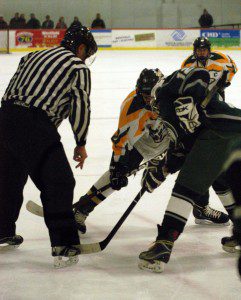 Ashton Bourbonnais (assist) and Zach Slepchuk netted one goal each for St. Mary. Saints’ Corey Wurster had two assists and Jake Neilsen had one.
St. Mary goalie Zach Brown finished with 28 saves.
Both teams played to a 1-1 tie after one period, and 2-2 after two before Greenfield notched a goal in the waning seconds.