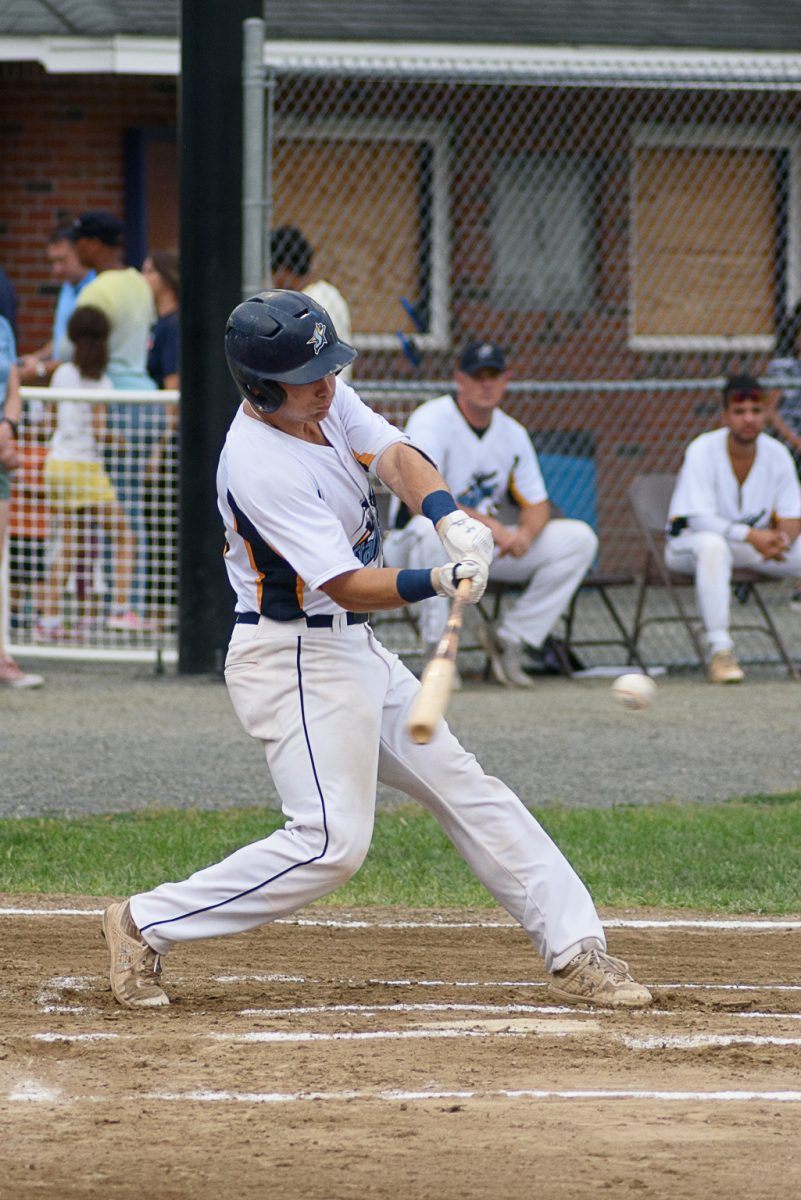 WESTFIELD – Wednesday’s game versus the Navigators was a repeat of Tuesday as the Starfires once again fell to the top tier team, this time by a score of 16–5.
A total of 19 hits were counted for North Shore, four of those coming from Keagan Calero who hit for the cycle in the matchup. Offensive pressure from the Navigators decided the outcome of the game early on as the Starfires were down by a handful of runs for the majority of the contest. 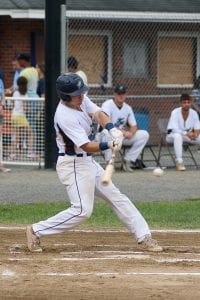 Though the Starfires could not compete with the production of the opponent, there were a handful of highlights for the home team.
Bryce Walker made some noise in the third inning with a solo shot home run, his first of the season, that sailed all 386 feet over the center field fence and into the bushes. Sean Moorhouse had two hits on the night while Sean Murphy, Devin Kellogg and Danny Crossen all picked up hits as well.
Crossen is a name that was mentioned many times throughout the game, and for good reason. With the season winding down, the Starfires decided to change up their defense and try something new.
Normally a center fielder, Danny Crossen played all nine positions over the course of the night, starting at catcher and working his way around the diamond until he finished at the pitcher’s mound in the ninth inning. He is no stranger to moving around the field, but he further proved himself as a utility player in the matchup.
Another change in defense came before Crossen’s pitching debut with another surprise on the mound. Dolan Ocasal, an infielder, also stepped up to the mound and proved to be a pleasant surprise. In the eighth inning, he struck out all three batters, earning cheers from fans as well as his teammates.
The Westfield Starfires wrap up the home portion of their 2019 regular season schedule Thurs., Aug. 1 against the Worcester Bravehearts at Bullens Field at 6:30 p.m. – Courtesy of Audrey Gamble/Westfield Starfires