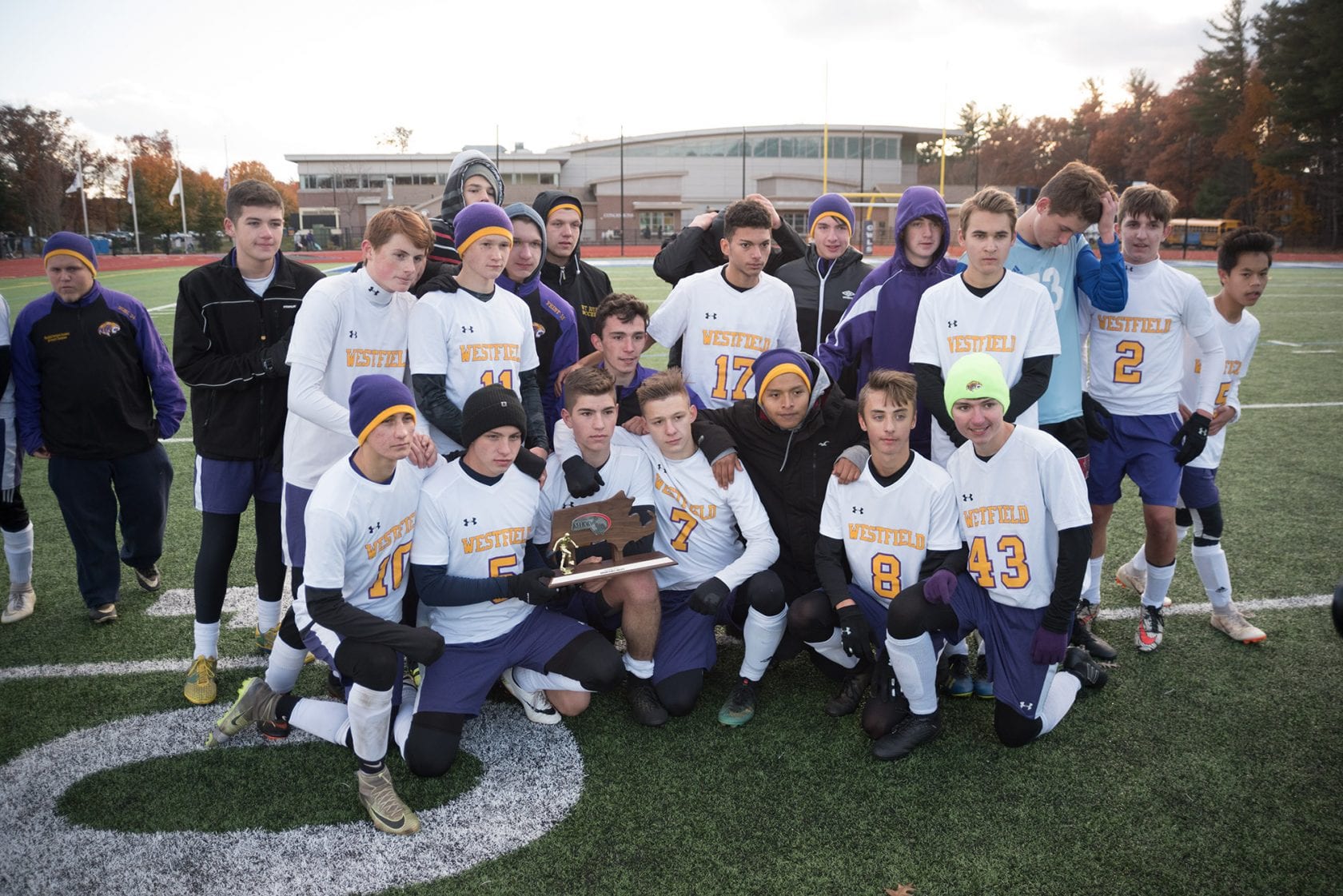 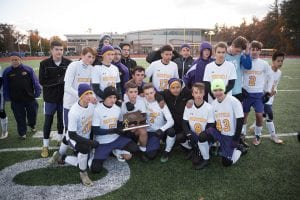 WESTFIELD – Day 65.
For 64 days, only one team was better than the Westfield Technical Academy High School.
The Westfield Technical Academy boys soccer team went 17-1 during the regular season, losing only to Division 3 opponent, Easthampton, before capturing the MVADA title, and winning two West Division 4 tournament games. The third-seeded Tigers finally fell on Saturday to the No. 1 Lenox Millionaires 1-0 at Westfield State University.
Westfield Tech put up a fight, battling to a scoreless tie before Lenox’s electric forward Keveen Delgado struck like lightning late.
“They had a player make a determined run that beat five of our players, and then a perfectly executed shot,” coach Dulude said. “They had that playmaker. …They play a heavy D1 and D3 schedule and I feel that paid off for them today. … They are a powerhouse.”
Lenox, which was making its ninth finals appearance in 14 years, captured its sixth title in that time span.
“I told our kids to hold their heads high,” Dulude said. “They were tired but gave it all they had. We were lacking our speed and finishing today but not our hearts. In my opinion, we are still the best vocational team in the state.”
Westfield Technical Academy goalie Dave Antonovschi had a busy day from start to finish. He made a big save on a top shelf shot about 15 minutes into the game.
In the 20th minute, Antonovschi made a diving save, and the defense followed that up with a big clear.
Westfield Tech dodged a bullet with about 10 minutes left in the half. Delgado hit a well-placed corner kick that Herkus Rudzinskas attempted to head into the goal. The ball sailed wide.
A short time after, Andre Collins smacked the crossbar with a searing shot. Zach Suffish found the back of the net, but an offsides call negated the score.
Delgado had a couple of chances wedged around the halftime break, delivering another corner kick on a late first-half play and a direct kick from the top of the box that just missed.
Antonvoschi was busy in the second half.
Collins shot a laser with just over 28 minutes remaining, but Antonovschi made a diving save.
Delgado’s relentless drive and fancy footwork finally paid off for Lenox in the final portion of the game.
Delgado faked out a half dozen defenders with a stutter-step, start-stop dribble that started around the 40 yard-line and ended up with the ball in the back of the net from about 30 yards out. The Lenox forward weaved in between the defense and scored with 16:34 left in the game.
Westfield Tech made a late push, but Lenox’s defense bottled up the drive and pushed back the Tigers.
“This year’s team definitely continued to show that we have an extremely solid program filled with heart and determination that leads to success,” Dulude said. “Things that we accomplished this season doesn’t just happen. It comes from hard work. I have been blessed for the last eight seasons to see kids come back excited to work hard at something they love – that being soccer and being a family.”
NOTES: There will be a reunion of all soccer players from this past decade in a few months to celebrate this special season as well as previous ones. Any former players are urged to contact members of this year’s team or coach Dulude.