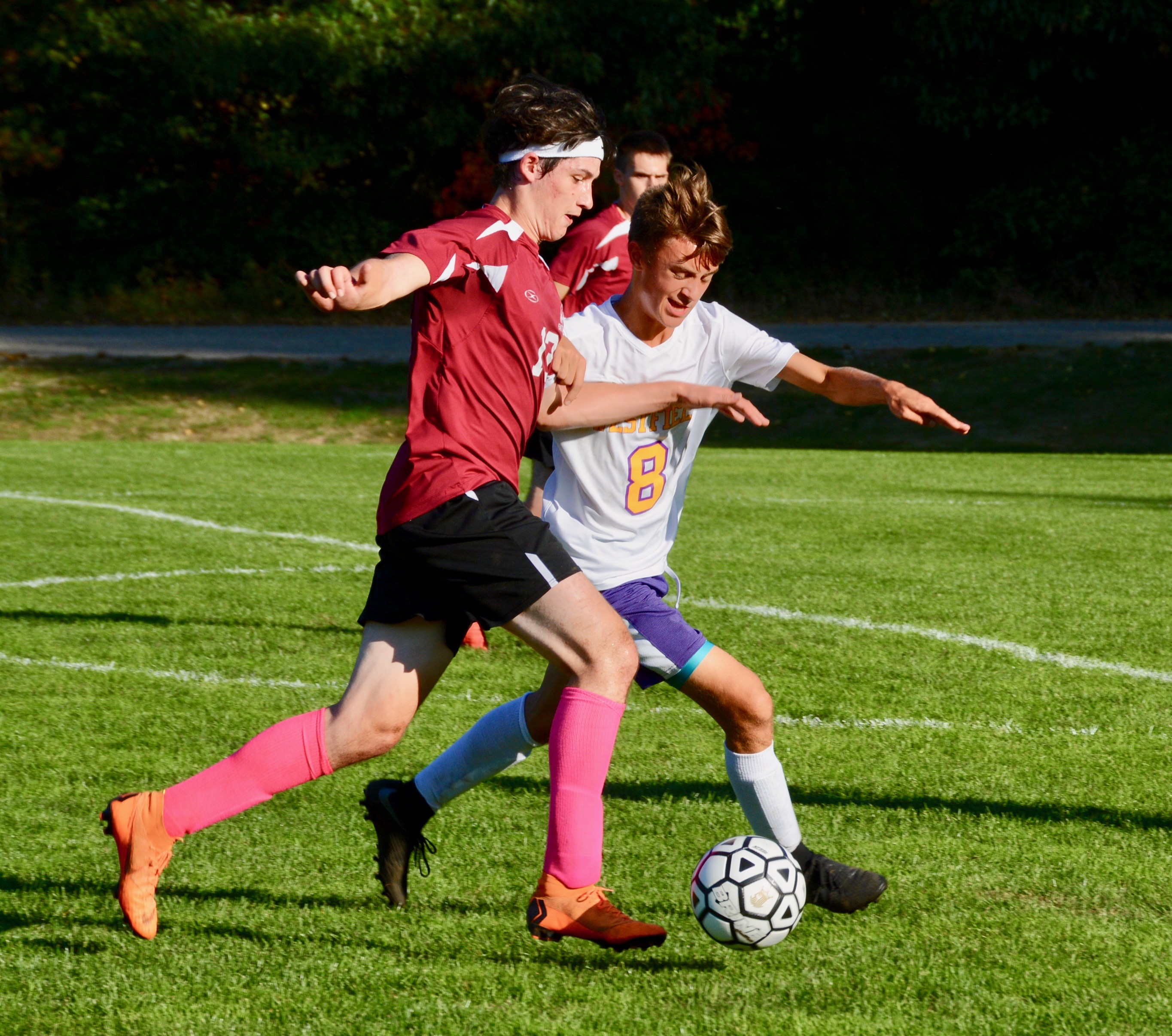 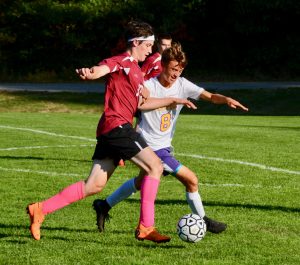 EASTHAMPTON – Easthampton scored a pair of goals of set pieces from about 18 yards out to chase the Westfield Technical Academy Tigers in a battle of unbeatens 2-0.
“(That) was on us,” Westfield Tech coach Kyle Dulude said. “We didn’t do our job and it cost us, especially against a very good veteran team like Easthampton.”
Westfield Tech (9-1) picked up its intensity as the game went on, failing to back down.
“We really have to focus on our division now and get healthy,” said coach Dulude, whose team suffered injuries over the last two days.
Easthampton improved to 11-0.

BOYS SOCCER
Lurgio strong in net
Minnechaug 1, Westfield 0
Westfield goalie Mike Lurgio turned in what Bombers coach’ Andrew Joseph described as “probably the best performance I’ve seen him play so far.”
“He was fantastic,” Joseph said of his senior goaltender, “and the rest of the team was excellent as well.”
Westfield dominated the first half offensively, but could not find a way to score. Lurgio made a couple nice saves on breakaways to keep it close.
Westfield suffered a key second-half injury, and ended up defending more than the first 40 minutes. Minnechaug scored off a deflection.
“It’s a tough feeling, but our focus is on making sure we’re playing well when we get back into our league,” coach Joseph said.
Westfield plays another tough independent contest (Longmeadow) before returning to league play.
“I think we’re in a good position,” Joseph said. “We’re playing well at the right time.”