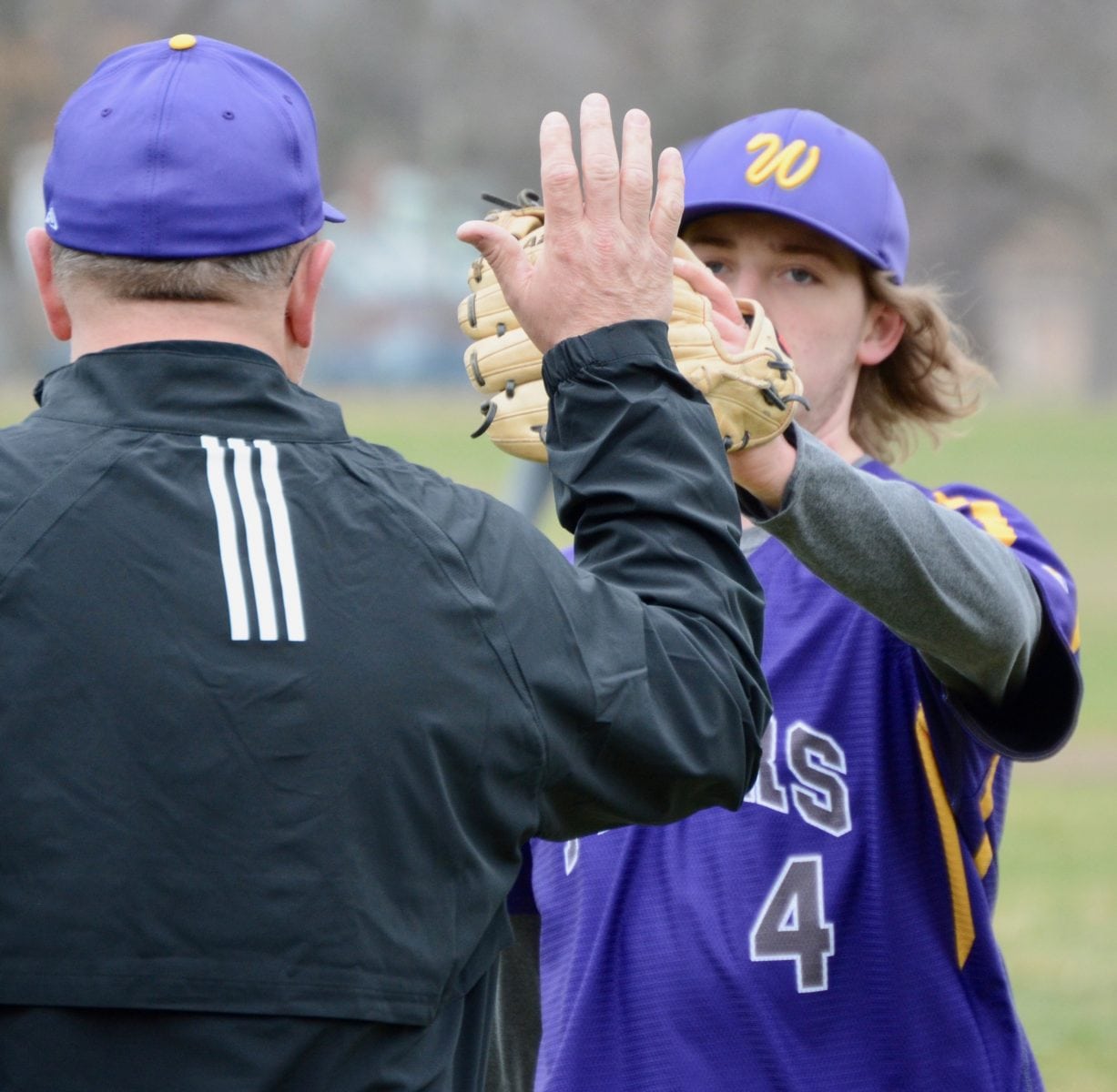 SPRINGFIELD – For Westfield Technical High School baseball coach Bob Eak and his Tigers, it was better late than never that his team’s offense arrived Wednesday.
Westfield Tech rallied for four runs in the top of the seventh inning to defeat Putnam 5-3 Wednesday at Blunt Park in Springfield.
Putnam led Westfield Tech 3-1 before Tigers’ Cade Bradley smacked a bases-clearing, 3-run double in the seventh. Trent Adam also had an RBI single in the inning that provided a two-run cushion. 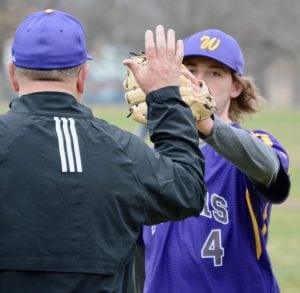 “It was a decent game to watch,” coach Eak said, “but not a lot of hits.”
Westfield Tech managed just three hits, but it turned out to be enough. A combined effort on the hill from three Tigers provided enough firepower to quell Putnam’s bats.
Putnam threatened to blow open the game in the third and fifth innings with a pair of bases loaded situations. Adam, in a relief role, came in to shut down the Beavers in the third with the bases juiced and worked out of a bases-loaded jam of his own doing in the fifth.
Bradley started the game on the mound for Westfield Tech. He struck out three batters, allowed just one hit and three runs (only one earned) in 2 2/3rd innings. Tigers’ reliever Chris Boyden earned the save with a 1-2-3 seventh.
“We made some good plays in the field, stopping rallies,” said coach Eak, whose team committed three errors (to none for Putnam). “I just wish we could have hit the ball a little better, but it’s early in the season. It will be nice when the better weather comes.”

Brownies hold back Bombers
Agawam 5, Westfield 4
Agawam scored three runs in the first inning, and maintained a slim lead throughout before escaping the Whip City with a narrow victory.
Westfield fell behind 4-0 before responding with a three-run inning of their own in the bottom of the fourth. Agawam made it 5-3 with a run in the sixth. The Bombers cut it to 5-4 but could not get over the hump.
Steven Grasso (run scored) and Andrew Sullivan each had two hits for Agawam. Brownies’ Joe Oliver (double) drove in two runs.
Mason St. Pierre (2 runs), Aidan Dunn, and Spencer Cloutier had the lone hits for Westfield, which managed just three base knocks off Agawam hurler Joe Oliver (4 Ks).
Westfield pitcher Jimmy Hagan recorded nine strikeouts.

SOFTBALL
Overwhelming effort
Southwick 26, Granby 5
Southwick battered Granby with a hard-hitting effort.
McKenna Leary (3-for-4) doubled and homered for Southwick, Rams’ Grace Ingeldue was perfect at the plate with two hits and two walks, and Nikki Willey collected three hits.
Southwick pitchers Sarah Hough, an eighth grader, and Jillian Gentile worked together to get the team a victory.
“We have a deep team that gives you different ways to win each night,” Southwick coach Joe Hough said.

Bombers stomp Braves
Westfield 13, Taconic 1 (5 inn.)
Westfield piled up 13 hits in a game shortened due to a mercy rule.
Carina Franco (3-for-3, double, 3 runs), Lindsey Kiltonic (2-for-3, double, RBI), and Morgan Zabielski (2-for-3, walk, run, RBI) led the Westfield offense. Zabielski, the team’s catcher, also made some outstanding blocks behind the plate.
Moniz was strong on the mound, allowing just four hits. She struck out nine, and needs just four more to reach the 300 mark.
Westfield next hosts East Longmeadow Monday at 4 p.m.