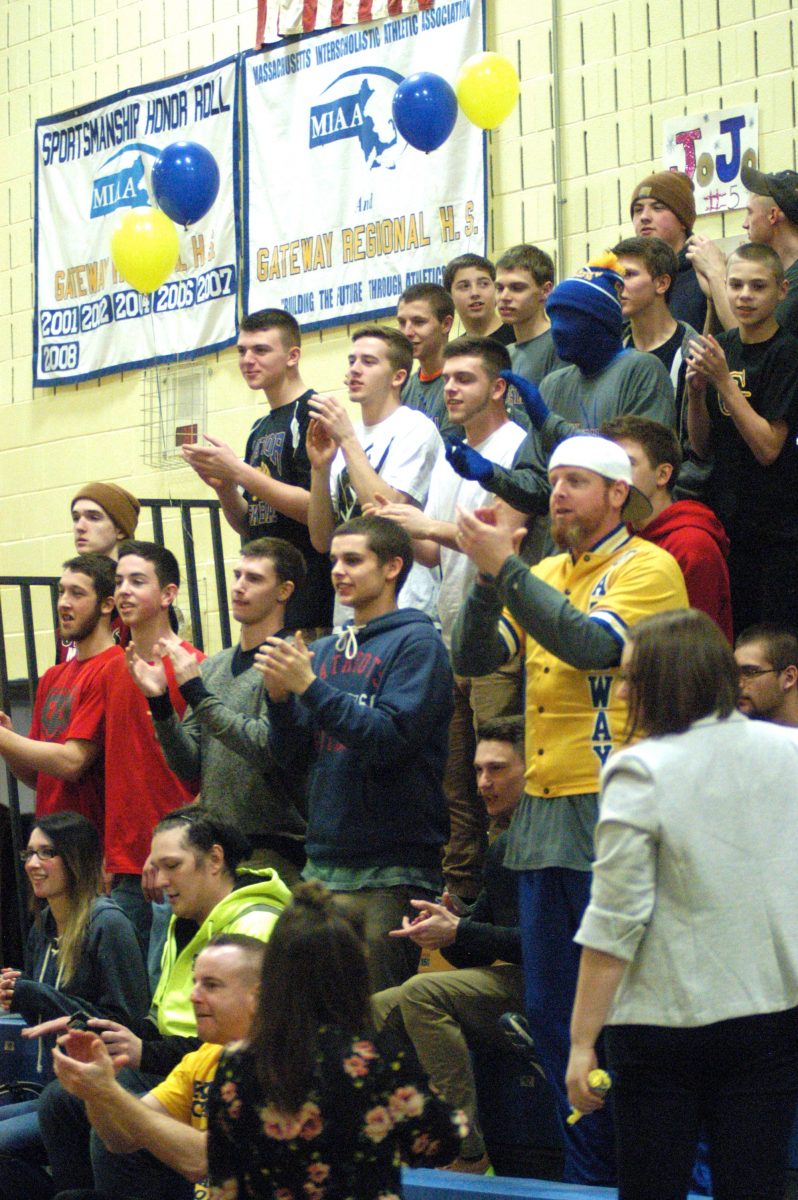 HUNTINGTON – The Gateway Regional High School girls’ basketball team received a raucous sendoff from fellow classmates, family, fans and friends at Wednesday night’s farewell finale.
Gateway’s lone seniors Caroline Booth and Jessie Walton were honored, and despite losing to unbeaten Putnam 35-24 in front of a packed house, deserved every ounce of the applause showered upon them. 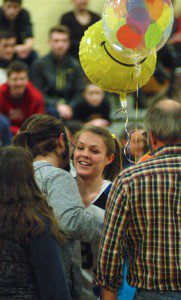 “They’re both great kids,” Gateway coach Eli Robbins said. “For six years, they have exemplified leadership. They are two of the hardest working kids I have ever had. I really can’t say enough about them.”
Their hard work may not have been reflected on the scoreboard, but the loss will not likely dampen the spirits of the Gators (5-13).
Alyssa Moreau led Gateway with 13 points Wednesday. Putnam’s Brianna Metellus scored a team-high 12. 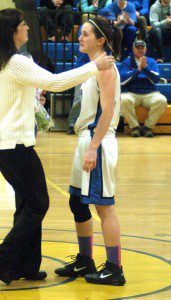 Gateway senior Jessie Walton is embraced at half court on senior night Wednesday in the Gator Pit. (Photo by Chris Putz)

“This was a good tune-up for the playoffs,” Southwick assistant coach Rick Harriman said. “All of the seniors contributed big within their team roles. It’s been a good 4-year run.”
Southwick seniors Harriman Taylor Leclair, Monica Kucienski, and Jaclyn Mariarz were honored in a pregame ceremony.
Those four and their teammates now await their seeding in the postseason. The tournament field will be revealed Saturday.
Said coach Harriman: “Now we will see what we do in the playoffs.”