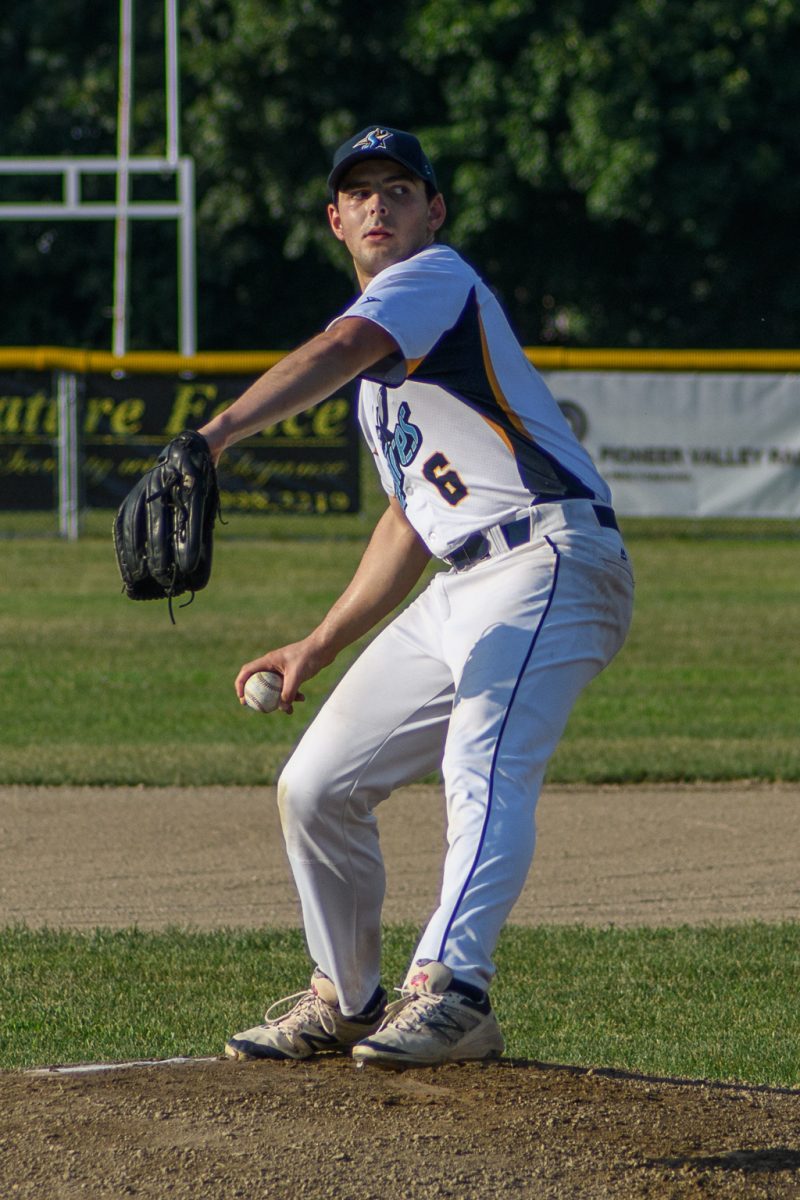 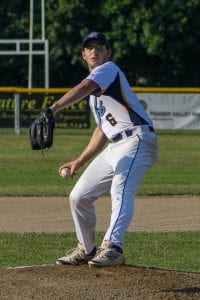 Starfires pitcher Jack Fox (6) winds up in Tuesday’s game against the Bristol Blues.

WESTFIELD – Tuesday night’s game against the Bristol Blues ended in defeat for the Westfield Starfires as the Blues beat the Starfires, 9–3.
Bristol held a comfortable lead over the Starfires for the entirety of the game, starting off the matchup with five runs in the first five innings. With 15 hits on the night, the Blues dominated the game offensively and because of that were able to easily secure the win.
Pitching in the matchup was solid on the Starfires’ end, with a total of 13 strikeouts. Seven of those came from Jack Fox and three apiece from Pat Hannon and Mason St. Pierre.
Westfield was able to put a few runs on the board during the game with one coming in the sixth inning and the remaining two coming across in the ninth.
A single, an error and a walk helped bring the run across for the Starfires in the sixth with Devin Kellogg scoring on a fielder’s choice play.
The hits for the Blues kept coming later in the contest with seven hits in the last three innings. Bristol had a 9–1 lead heading into the bottom of the ninth inning, leaving the Starfires to attempt a comeback at the last second.
Starfires’ Tommy Quinn advanced to first base on a walk and Danny Crossen would come up to bat next with two outs. Crossen was able to lessen Bristol’s lead by a couple of runs as he crushed a ball to deep left field for a much needed two-run home run. However, the last out of the game was made shortly after and the Starfires had to settle for the loss at the end of the night. – Courtesy of Audrey Gamble/Westfield Starfires