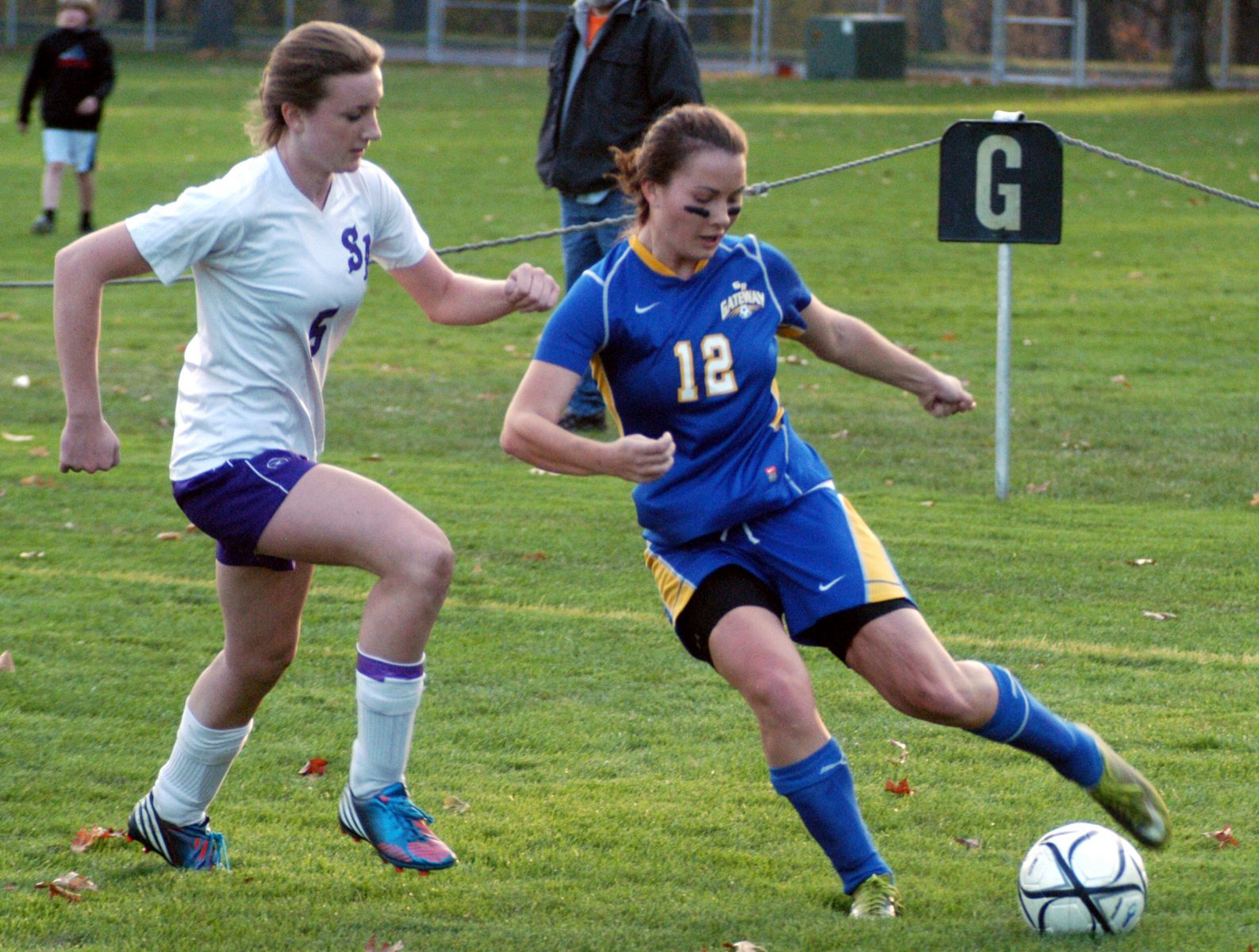 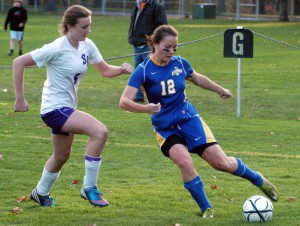 CHICOPEE – For Gateway Regional High School senior goalie Brooke Fairman, a return to trip to the Western Massachusetts Division III girls’ soccer finals is more like déjà vu.
Sixth-seeded Gateway, which won back-to-back titles in 2009 and ‘10 will attempt to win its third championship in four seasons, following a 1-0 victory over No. 2 Smith Academy in the D3 semis Saturday at Szot Park in Chicopee.
Fairman needed to make just one save as her defense turned away Smith Academy’s every effort, and a fellow sophomore made the best use of her opportunity.
Sophomore Charlotte Lebarron scored the game-winner in the 70th minute.
“Once Charlotte put it in, I was happy,” Fairman said. “We kept the ball upfield. My defense has been strong this year.”
Gateway (13-4-2) limited Smith Academy’s chances with strong play from the defensive backs and midfielders, who stepped in front of shots, corners, scrums, and dives before they even came close to the net, and Fairman.
The Gators made the most of its opportunities late.
Gateway’s Jamie Pease pressured the Smith Academy defense late in the second half, only to come up empty-handed several times. But the relentless play finally wore down the Falcons (17-2).
In the 70th minute, with just 9:33 remaining, Ali Fisk dribbled to the edge of one side of the penalty box before crossing a pass to Lebarron. The sophomore midfielder tapped the ball past the goalie Brooke Pashek, squeezing it between the Pashek and the post for the lone goal of the game.
“I get really, really nervous in front of the goal,” said Lebarron. “ I was just ready for it this time – mind over matter.”
Gateway coach Steve Estelle said it was truly a game within a game, a mental chess match of sorts.
“We were mirror images of each other, trying to do the exact same thing,” coach Estelle said. “It took an unbelievable cross and an unbelievable shot.”
Gateway moves on to face top-seeded Lenox (13-4-2) in the championship game Monday at Westfield State University at 11 a.m.
“We’re playing better,” Estelle said. “We have to play even better and find a way to score.”