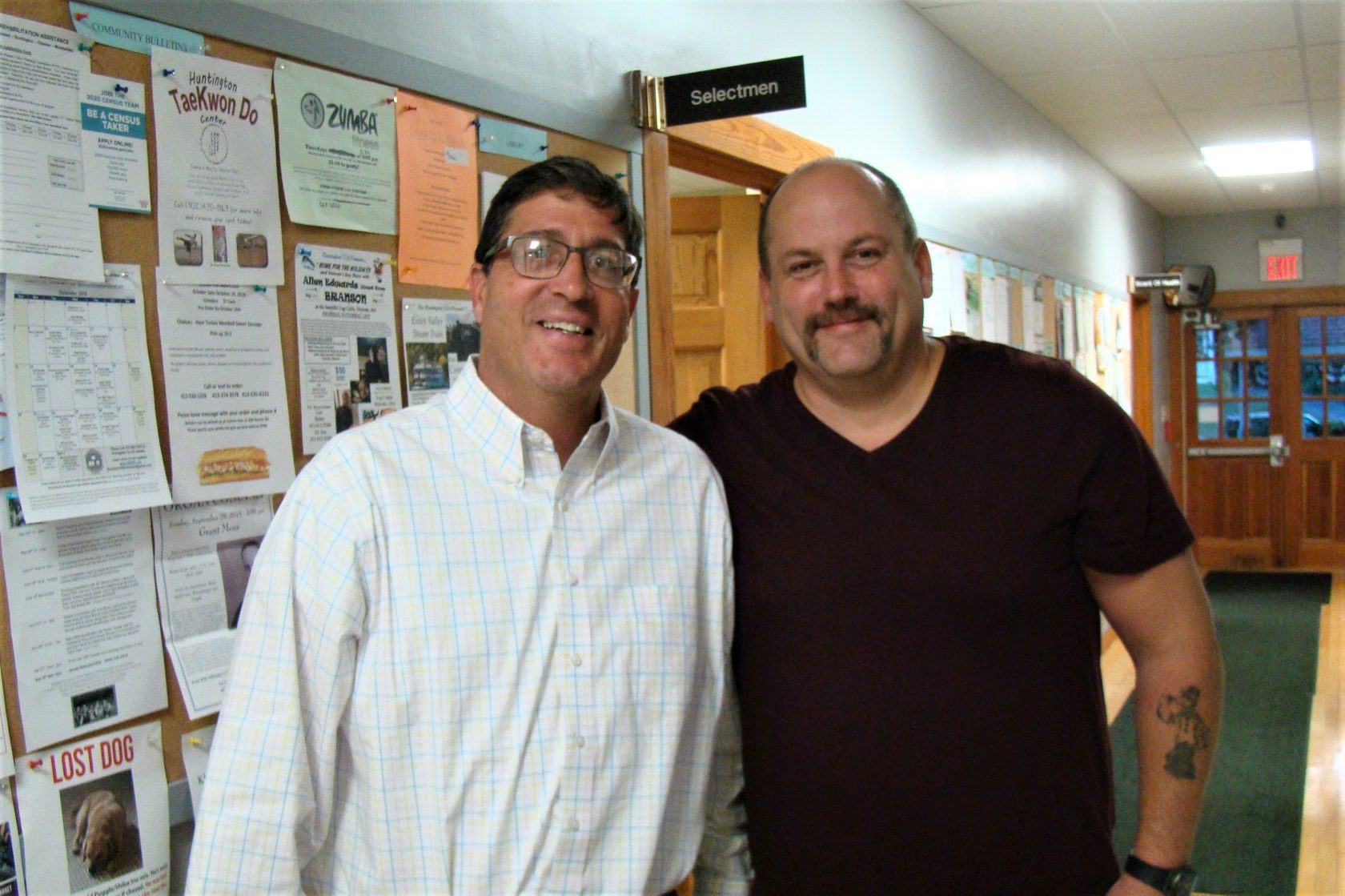 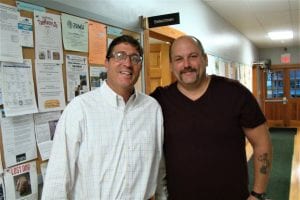 HUNTINGTON – Patrick A. Carnevale, the director of Gov. Charles Baker’s Western Massachusetts Regional Office, paid a visit to the Huntington Board of Selectman last week.
Carnevale, who replaced Michael Knapik in the position in 2018, previously spent much of his career in emergency preparedness response and recovery. Most recently, he served as Regional Manager for the Massachusetts Emergency Management Agency (MEMA), where he was responsible for emergency management in Central and Western parts of the state.
Carnevale said he was reaching out to everyone in the cities and towns in Western Massachusetts. 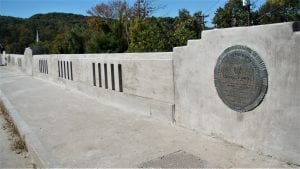 Just completed concrete work by MassDOT on one end of the state-owned bridge in Huntington. (Photo by Amy Porter)

Discussed at the meeting was the current work being done on the “green” bridge connecting Routes 20 and 112 in town by the MassDOT. Currently, a crew is working on repairing and cementing the rail on one corner of the bridge, which had been deemed hazardous.
Selectman Darlene McVeigh said the board has been in touch with Francisca Heming, District 1 highway director, state Rep. Natalie Blais and state Sen. Adam G. Hinds, to urge MassDOT to repair the entire cement rail, as well as the one on the Norwich Bridge at the corner of Montgomery Road. 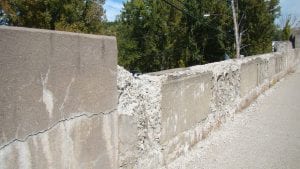 The other end of the same rail. Huntington officials would like MassDOT to repair the concrete on the whole state-owned bridge. (Photo by Amy Porter)

“Number one, it’s safety,” McVeigh said, adding that the crumbling cement work at two major entrances also hurts its efforts to market the town for economic and tourist development. Both bridges are owned by the state, being on state highways. McVeigh said both bridge crossings are sound.
Carnevale, who lives in Montgomery near the Norwich Bridge, said he would follow up with Heming.

He also asked the board who is in charge of tracking state grants. Selectman Karon Hathaway said it falls to whichever department is covered by the grant.

Carnevale said that his office is launching a new app which will list the timeline of grants coming out on a monthly calendar.

“That would be helpful,’ McVeigh said. She said some grants the town can apply for, and some would fall under Jeanne LeClair, the Gateway Hilltowns economic development director.
Carnevale encouraged towns to call his office with any questions about grants at 413 346-9141, or to email him at [email protected]