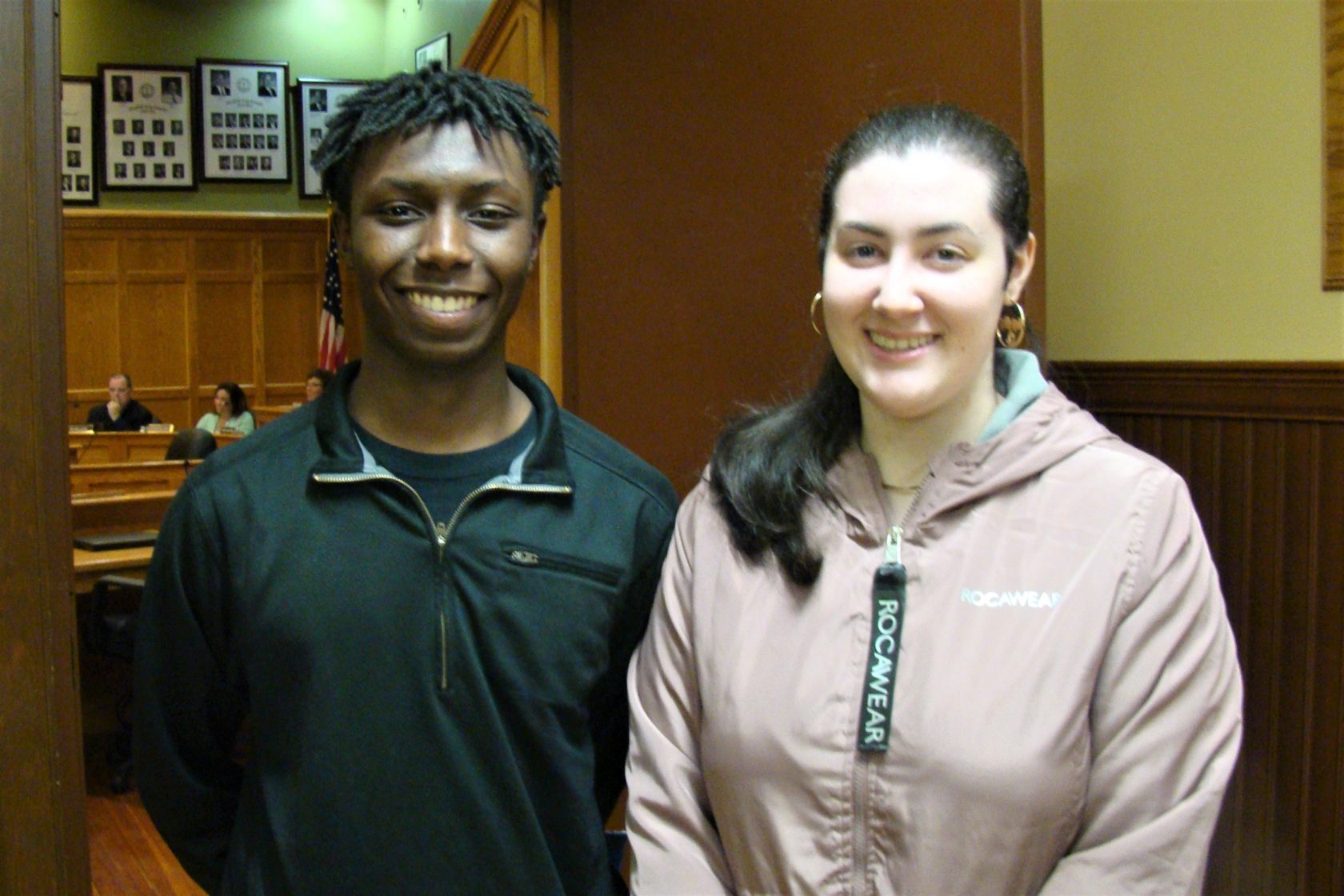 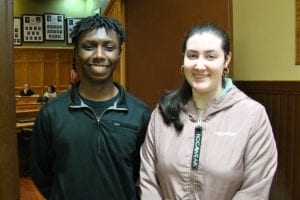 WESTFIELD – City high schools were highlighted at the School Committee on Monday, one month into the school year.
New student liaisons from Westfield Technical Academy — senior Nayelley Ruiz in Business Tech and junior Alex Blake in Aviation Technology = reported on a new freshman class of 156 students, the largest in the school’s history.
They also reported on several special programs that have already taken place, including a week-long pre-apprenticeship training by MassDOT with juniors in Construction and Horticulture, who laid down fresh cement at the entrance to the school with LIUNA union laborers. Next spring, MassDOT will also host a week-long career exploratory with Construction Tech students.
On Oct. 24, Westfield Technical Academy is hosting an open house and school tour for interested students and the public at large. The liaisons also asked School Committee members to mark their calendars for the Parent Volunteer Organization’s annual Craft Fair on Dec. 1. They ended their presentation, as they always do, by encouraging people to tune in to WTA’s radio show, “Tiger Talk – In the Flow with Rob and Joe” on Thursdays at 8 a.m. on WSKB Community Radio at 89.5 FM.
Westfield High School Principal Charles Jendrysik featured the new career pathways in development for students at the high school. He said their focus is on relevance.
Students and teachers from Culinary, Engineering, Health Care and Criminal Justice spoke about their programs, intended to expose students to job opportunities in the fields, and to teach them skills and earn certifications on their way. 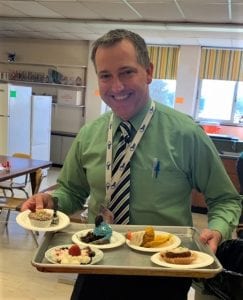 The culinary program has a new teacher in Courtney Stilling, following the retirement of Margaret Toomey. Stilling could not attend the meeting Monday, but her students enthusiastically spoke about the program including the recent cupcake wars between competing teams. One student said her secret ingredient was potato chips.
The culinary students also spoke about learning teamwork and life skills, and how to get along with others in the kitchen, “like them or not.” They also learn how to eat well, shop well and budget.
“Learning how to cooperate with each other is the most important thing,” commented School Committee member Heather Sullivan.
Science, Technology and Engineering Supervisor Lauren Figy spoke about the new Engineering pathway at Westfield High School. She said they are piloting their first course this year as part of a three-year rollout. Participating teachers underwent an intensive training at Worcester Polytech Institute for the program.
“They are doing a wonderful job of rolling it out to students,” Figy said, adding that they will be bringing in female engineers to speak to students about career opportunities in the field later this month.
Kyle Koloski, the new Health Care teacher spoke about the multi-disciplinary and career-focused pathway. He said they will move forward with applied sciences, working with registered nurses and firefighter paramedics, as well Western Mass Hospital for clinical hours.
He said students will receive a handful of certifications and licenses by the end of the course work.
A student named Courtney, who said she has been interested in the field of nursing for several years, appreciated the opportunity to explore the career both in school and out of school.
Diane Mayhew spoke about how important home health care is as the senior population ages. She also gave “props” to the superintendent for giving all of the students in the city a chance to look at different professions.
New Criminal Justice teacher John Vanasse, a former corrections officer and deputy officer, said he is currently teaching only freshmen. He said he wants to build on the program from year to year.
Vanasse said he also plans to introduce all different professions in the field, from police officers to judges. He said the class is hands on, such as a recent segment on fingerprint analysis. Part of his job, he said, is to demonstrate the difference between the real world and TV shows like Criminal Justice Investigations.
Vanasse said he intended to reach out to girls by bringing in a female professional panel; but it turns out that he has only two boy in one of his classes. He said he still intends to bring in the panel.
“All of the teachers we have teaching these programs have been incredible,” Jendrysik said following the presentations.
“Westfield is above the curve on getting business people in the schools,” added Mayor Brian P. Sullivan.
Advisory boards of professional have also been established for Criminal Justice and Health Care, and Superintendent Stefan Czaporowski said they are hoping to form one for the culinary pathway in the high school.