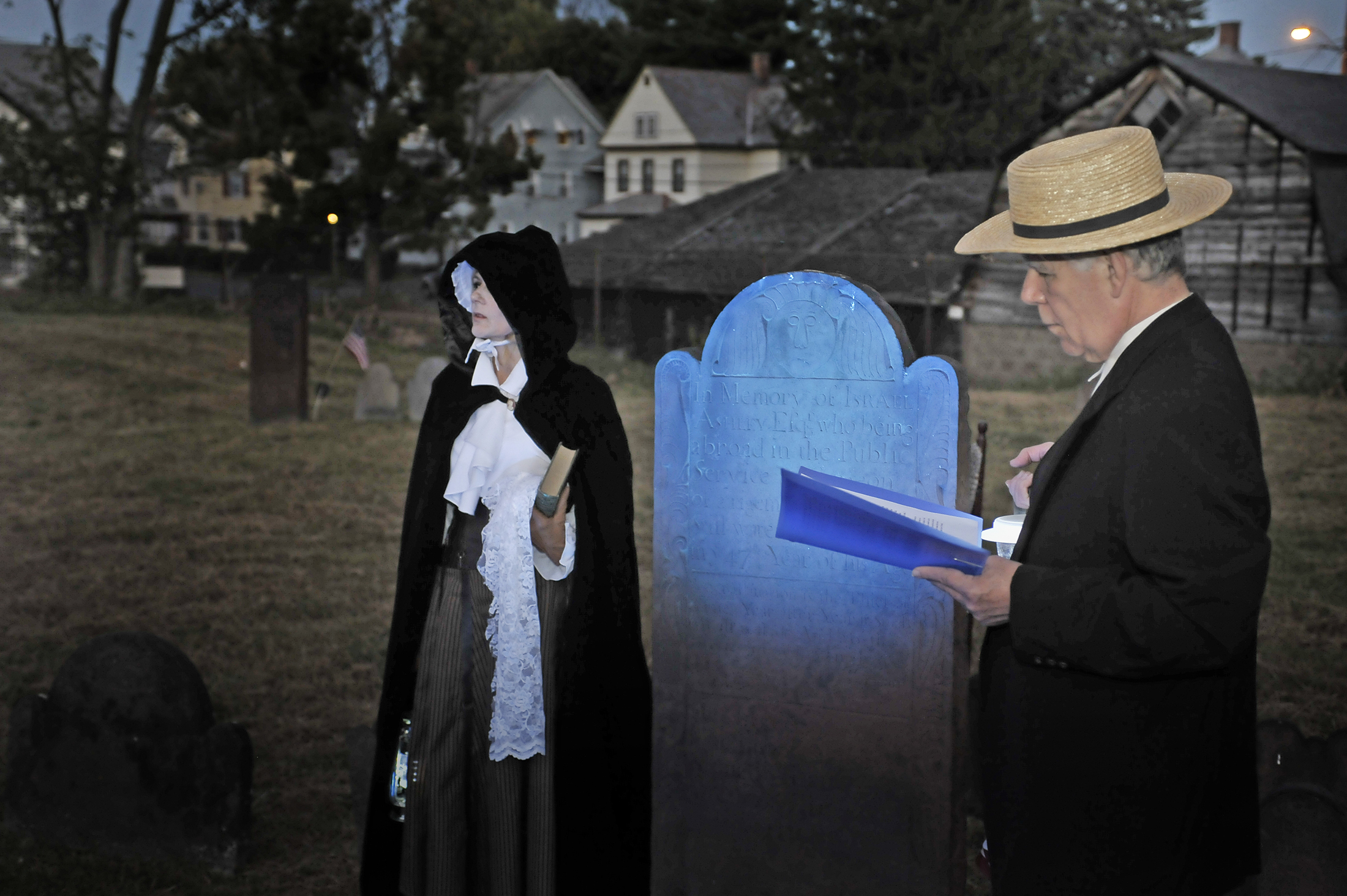 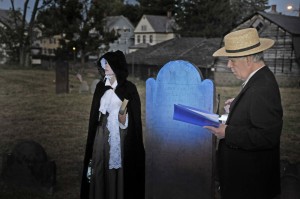 Diana Mclean, left, tells her story as the former Mary Ashley during a past Ghost Tour at the Mechanic Street Cemetery.
Listening is Bob Plasse, right, as the character Josiah Dewey. (THE WESTFIELD NEWS PHOTO)

WESTFIELD- The Historical Commission will tentatively host its annual Ghost Tour at the Old Burying Ground on Mechanic Street this fall after taking a year off.

The commission tentatively agreed to host the tours on Sept. 24 and 25. Historical Commission Chair Cindy Gaylord said that the tours were typically held on the last weekend in September in the past.

Gaylord said that this year’s script for the tours may be similar to the one they used in 2019. She said she is excited to bring the tours back.

“I think people are ready to see it again after a year hiatus,” said Gaylord.

The dates for the tours are tentative because it will depend on the availability of Jay Pagliuca, who usually provides the lighting and sound equipment used during the tours.

The Ghost Tours are an annual event in which local residents dress up as historically significant figures in Westfield’s 351 year history while standing near the figure’s gravestone. The volunteers talk about the lives and contributions of figures such as Isaac Phelps, who was played by Historical Commission member Michael Ingraham in 2019.