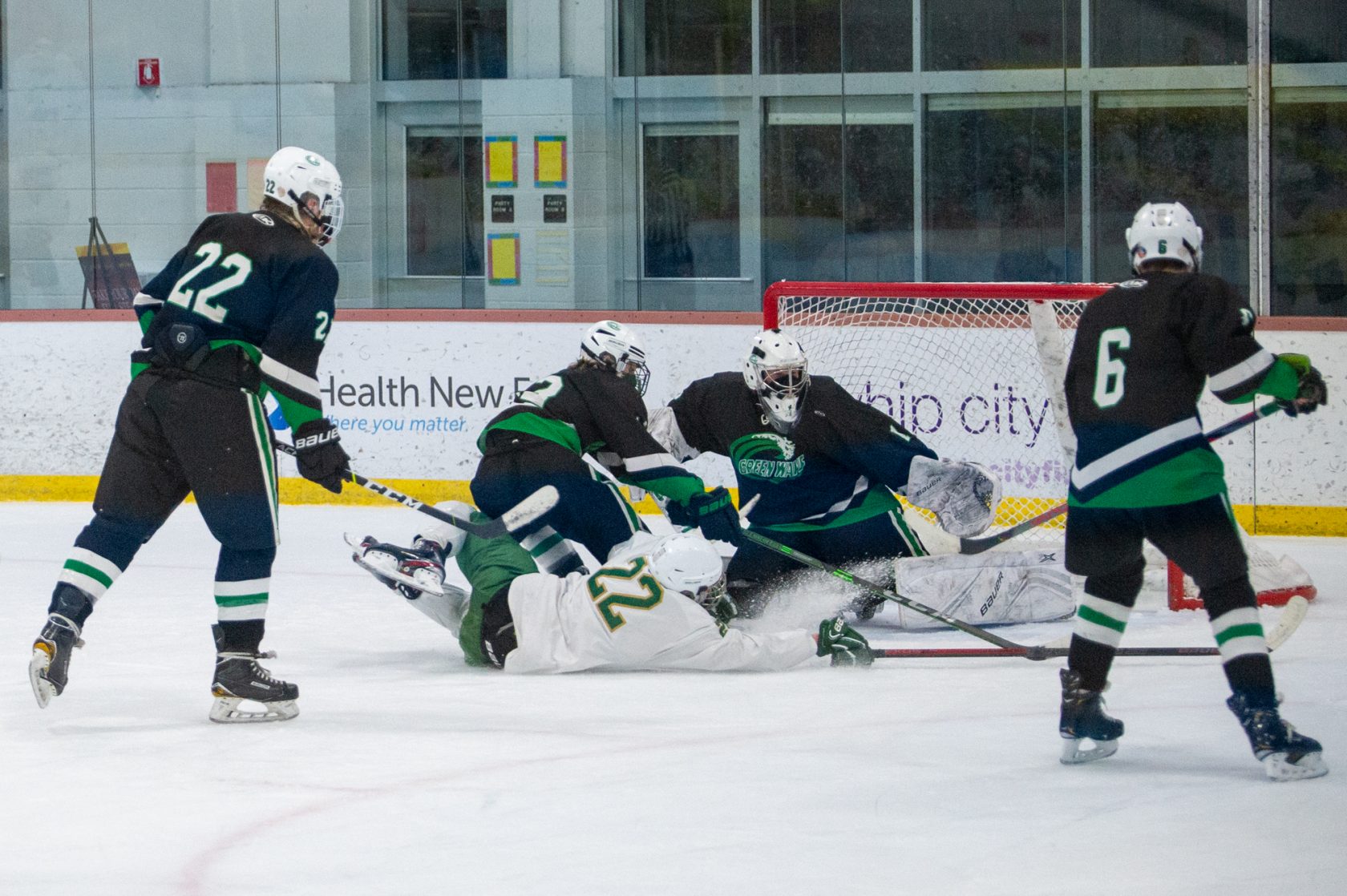 CHARLEMONT – St. Mary’s Colin Freeman cracked the top 10, finishing 10th in the final Pioneer Valley Interscholastic Athletic Conference high school ski race of the 2021 season Thursday night at Berkshire East.
Freeman paced much of the pack on the Giant Slalom. He logged a time of 27.20.
Westfield’s Connor Carrier (28.47) and Rudy Charland (28.73) finished 19th and 20th, respectively. Southwick’s Christian Bach (29.11) was 22nd.
Billy Fouche and Declan Matthews contributed times of 29.22 and 32.85, respectively, helping Westfield to a fourth-place team finish. Bombers’ Pacey Gauthier recorded a time of 34.20 and Jack Clark logged a 35.23.
The Westfield boys ski team placed sixth overall for their season finish.
“That’s not a bad ending for a team with only two returnees and four newcomers,” Westfield High School ski coach Monique Piotte said. “It has been wonderful welcoming in our crosstown WTA Tigers this year. We could not have had such success without (their) contributions. Next year, the sky’s the limit.”

GIRLS RESULTS
St. Mary’s Elianna Umanna Kimura placed 12th in the Slalom with a time of 40.42 on the slopes at Berkshire East Thursday night.
Andrea Walker (52.81) paced Westfield with a 31st overall finish, drawing rave reviews from her head coach.
“Last night was a big night for Andrea,” coach Piotte said. “She not only celebrated her last race as our only senior racer departing the team, but she finished in first place for the team and 18th in the North Division.”
Zuzanna Hitchcock (23rd North Division, 56.05), Abigail Balser (59.06) and Aleksandra Hitchcock (60.05) rounded out the Westfield team times. The Bombers finished the season in fifth place in the North. 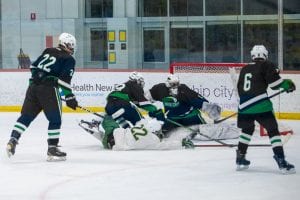 Westfield’s Ciara Johnson-Corwin completed her first season with a slalom time of 79.91. Bombers’ Emma Renaudette, the team’s leading scorer, missed the final race of the season due to an injury.
“Everyone worked so hard this season trying to achieve their personal best and the rookies that joined and became so vital to the team’s success,” coach Piotte said.
Grace Brockbank led Southwick with a 39th overall finish. Her time was 56.53.

Green Wave washes over Rams
Greenfield 4, Southwick 2
Greenfield led 3-0 after two periods and staved off a Southwick comeback to remain unbeaten in 2021 with an 8-0-1 record.