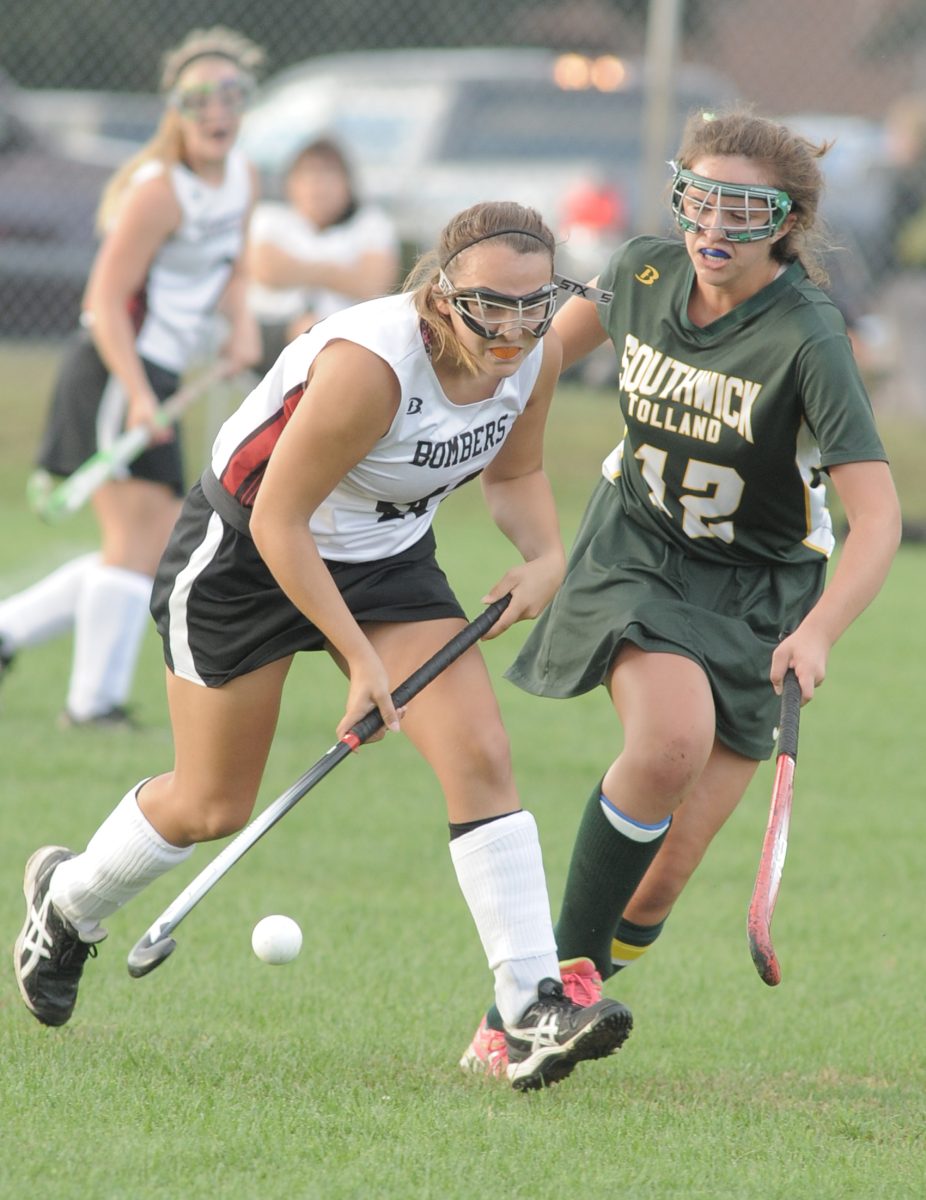 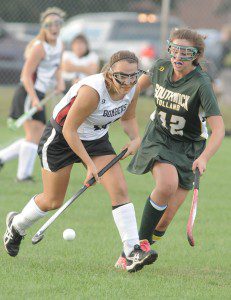 WESTFIELD – The Westfield High School field hockey team topped Southwick in the latest chapter of a blossoming rivalry between the two schools. The Bombers won 4-1.
Southwick took the game’s first lead on a goal from Alyssa Kellmer. Morgan Harriman set up the play.
Westfield tied the game 1-1 in the final minutes for the first half. Liz Marcyoniak scored off a penalty corner.
The Bombers surged ahead in the second half.
Mackenzie Millikan broke the tie off a penalty corner, set up by Lexi Minicucci for a 2-1 lead. Then Minicucci squeezed a penalty stroke through the pads of the Southwick goalie.
Ashlee Owen scored Westfield’s fourth goal unassisted.
“Westfield and Southwick both played great,” Bombers’ coach Karen Gomez said. “It was a very fast-paced game. Southwick had a lot of ball movement but Westfield had the offensive push.”
Southwick is coached by former Westfield Bomber, Jordan Baillargeon.
BOYS’ SOCCER
Gateway 1, Smith Academy 1
Denver Yost scored on a pass from Curtis Dowers for Gateway’s only goal in a hard-fought game against rival Smith Academy. Smith tallied the game-tying goal with 12:08 left in regulation.
Josh Baillargeon and Justin Edinger played extremely well for Gateway (2-0-1). Gators’ goalie Mike Arel finished with five saves.
Hampshire 2, Southwick 1
Ryan King scored on a rocket from 35 yards out in the 77th minute for Southwick (1-1-1), who fell one goal short of a tie.
Hampshire notched two goals within about a 3-minute span midway through the second half. Bryan Brasil scored on a direct kick from 30 yards out in the 66th minute. In the 69th minute, Brendan Bzdel made it 2-0.
The teams played a scoreless first half.