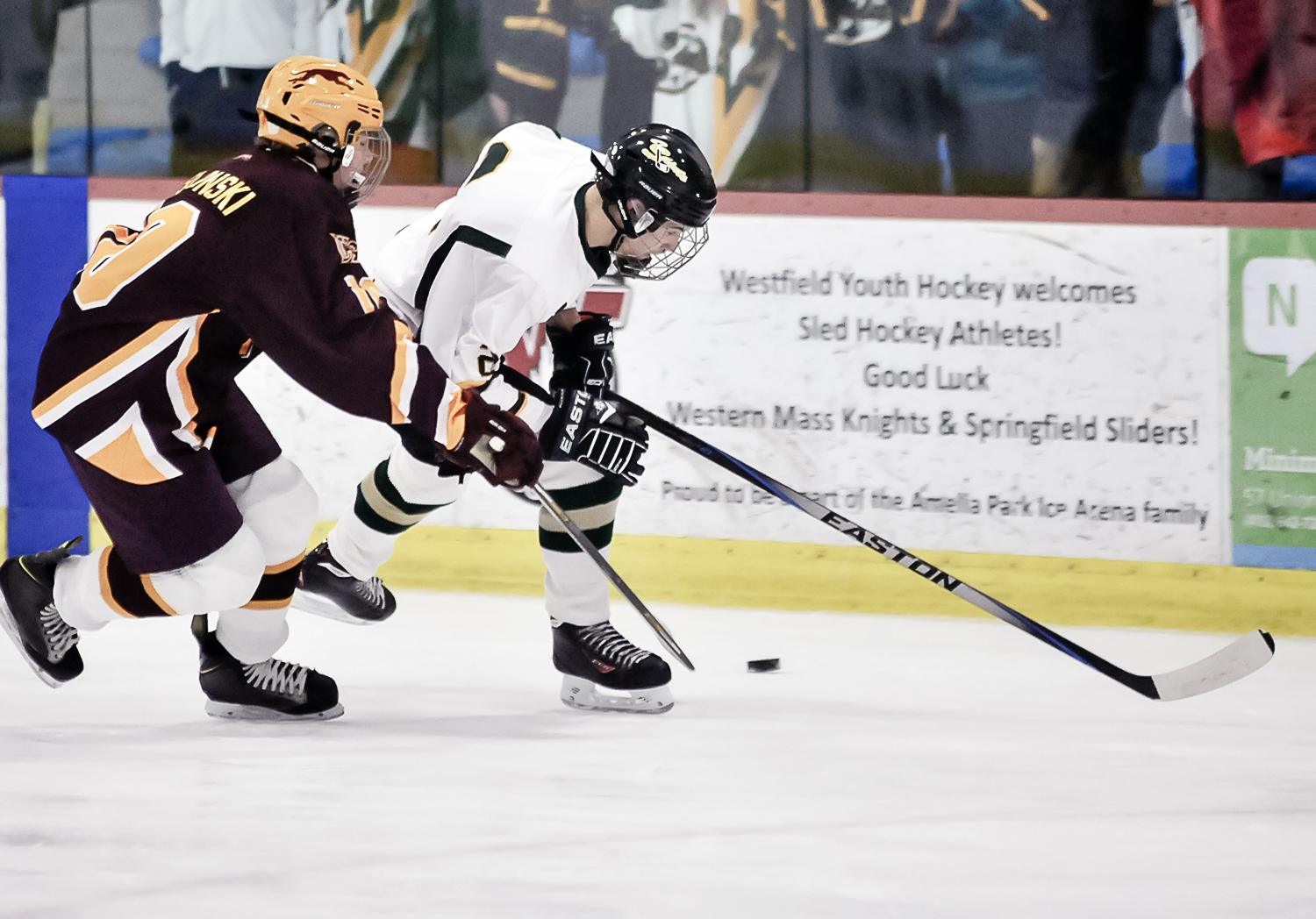 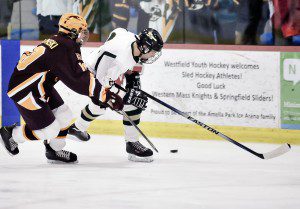 AMHERST – St. Mary’s dropped a tough one on the road at Orr Arena Monday. The Saints, who fell to 3-5, received just one goal, a short-handed effort from senior Andrew Booth (Westfield) in a 4-1 loss against host Amherst.
Saint Mary’s spent the majority of the first period in the defensive zone having trouble clearing the puck. The Saints ended the first period down 2-0 on a goal with less than four seconds remaining.
St. Mary’s played better in the second period but could not find the back of the net and was marred by a penalty that led to an Amherst goal after an icing was waved off. The Saints trailed 3-0 entering the final period.
St. Mary’s came out with much more energy and played more aggressive until a third-period penalty killed the momentum. However, Booth came with a lot of hustle and was able to put the Saints on the board.
St. Mary’s goalie Matt Brady saw a total of 33 shots, making 29 saves.
“We have to come out with more heart and be ready to play,” Saints coach Don Goodreau said. “We had a game plan and didn’t execute tonight. We have to really review what we are doing to get better.” 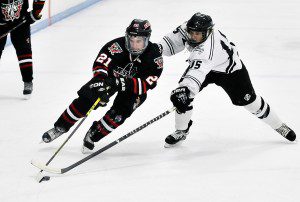 LATE RESULTS
Wachusett 4, Westfield 2
Chris Gentile kept his season-scoring streak alive with his eighth and ninth goals of the year, scoring 24 seconds into Sunday’s game at Amelia Park Ice Arena, and netting another off a Connor Sullivan rebound. Craig Lacey assisted on the first effort.
The third period featured tremendous goaltending with Westfield goalie Garrett Mathews keeping it a one-goal game, until an open-netter in the waning minutes made it 4-2.
Also in the third, Connor Sullivan fed Chris Sullivan in the slot for a bomb that clanged off the crossbar, the tying goal just eluding the Bombers (4-1).