WESTFIELD – The Municipal Light Board (MLB) Feb. 12 voted 4-3 to delay its vote for a new Westfield Gas and Electric general manager  after some commissioners said they needed more time to make a decision. 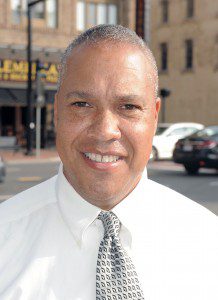 The vote for a new manager is now expected to take place Feb. 18. The majority of the seven commissioners expressed that they struggled to come to a decision on how they should vote.

Commission Chair Roman said Friday evening that he thought all four remaining candidates were qualified for the job, but that one of the candidates was probably not the best fit for the company.

“There wasn’t anybody who was strong in every category,” said Roman.

The idea to delay the vote by nearly a week was first proposed by Rivera.

“This is the most important decision to make for the Municipal Light Board and to make it in just 48 hours would be a disservice,” said Rivera.

There were initially five candidates to be interviewed, but Jeffrey A. Brouillard dropped out of contention before the interviews took place.

Ward 6 Commissioner Robert Sacco said that the vote for a new general manager is the single most important decision that the MLB is tasked with making, and therefore the board should take more time to make their decision.

Current General Manager Tony Contrino is scheduled to officially retire from the position on March 19, but he said he will “do whatever is appropriate to ensure a smooth transition.”