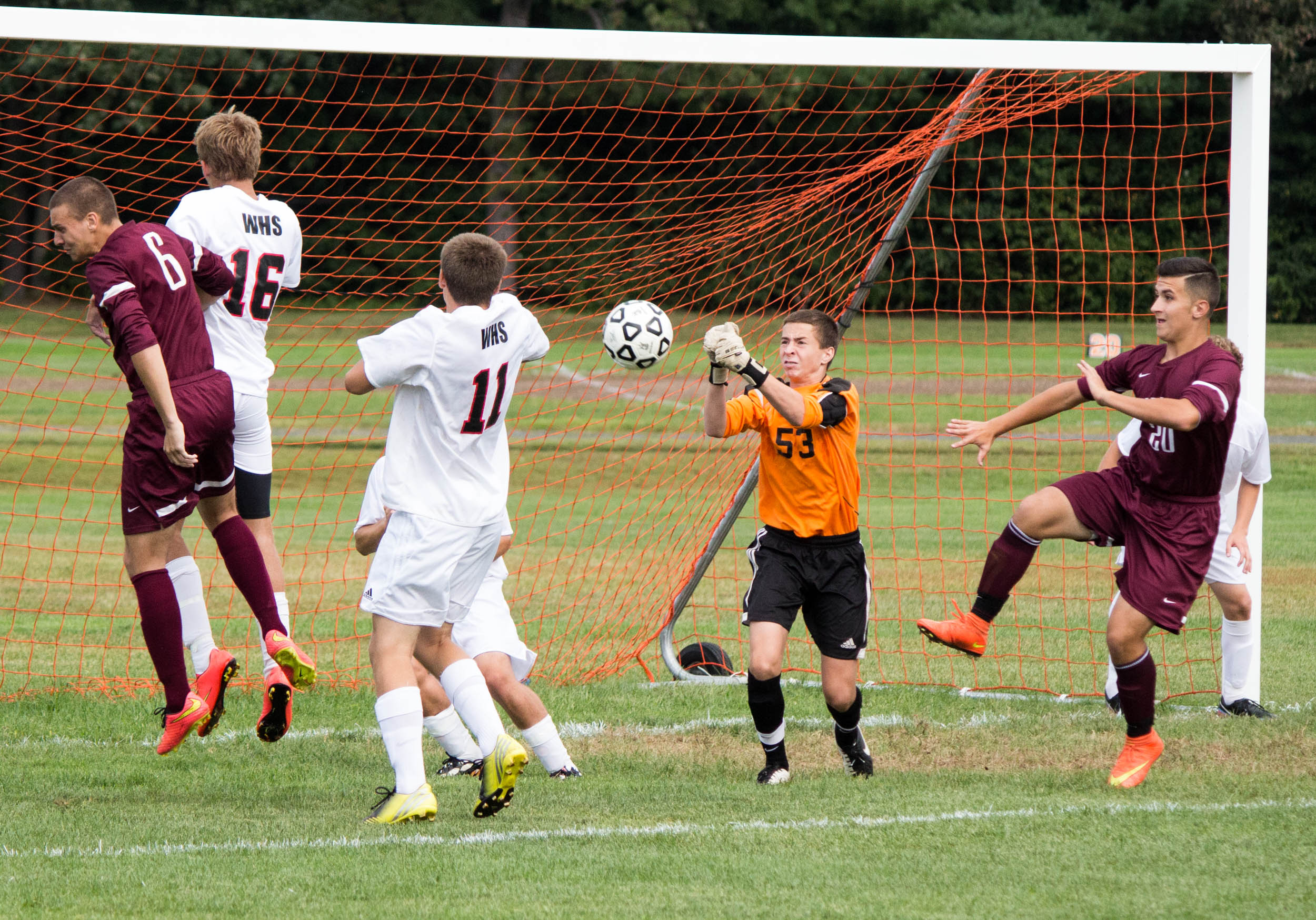 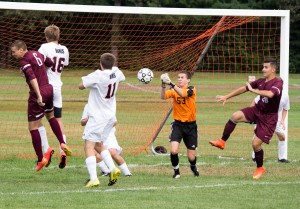 Westfield sophomore Ian Saltmarsh punches the ball away from the Westfield goal in one of his many saves on Monday against Ludlow. The Bombers defeated the Lions 4-2 after a strong first half, and scoring the first goal. (Photo by: Liam Sheehan)

WESTFIELD – Ludlow scored two goals in each half of Monday’s game, two of which came on penalty kicks to defeat Westfield, 4-2. Four different players scored for the Lions.
Bombers’ Matt Chlastawa scored one goal and assisted on another from Eric Shilyuk.
“I think we got a lot of confidence from (the loss),” Westfield first-year head coach Andrew Joseph said. “(Ludlow) is one of the best teams in the region – it’s a dogfight.”
Three cards were issued in the game.
“It’s not that we’re going to take moral victories from it, but I think it will give us some confidence and let us know … that if we give everything we’ve got, we’re going to be in good shape.”
“We just played against one of the best teams in the region and found out we can play with anybody.”
Westfield goalie Ian Saltmarsh collected six saves.