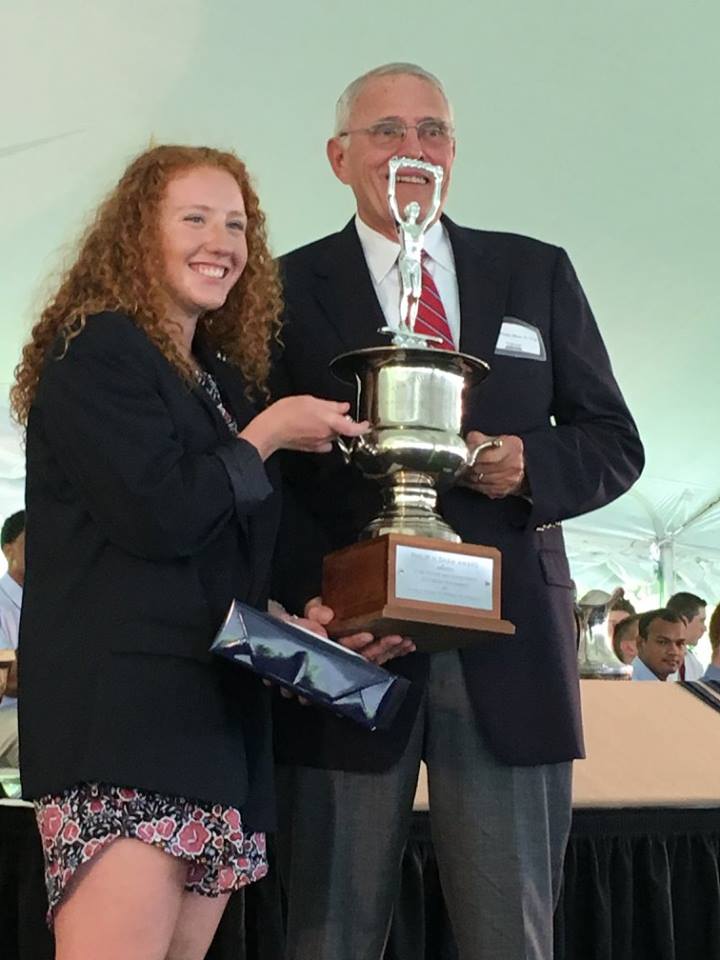 WILBRAHAM – Wilbraham & Monson Academy senior Sydney Liptak, of Westfield desperately wanted the field hockey team to finish with a record above .500 in her senior season.
The team came a few wins short of that goal, but Liptak is comfortable knowing she helped bring the program to new heights and left the program headed in the right direction.
“Even though we didn’t have the best record, we brought up the program and helped make it better, and I’m happy to be leaving that program on a high note,” Liptak said.
Liptak left the Academy on a high note, earning the Phil Shaw Award, given annually to the female athlete who demonstrates outstanding performance and a great desire to improve in athletics. 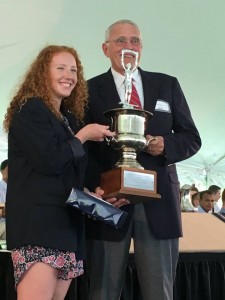 “I’m extremely surprised to win this award,” she said. “I’m grateful for the opportunity I had to be with all of my coaches and every single teammate who helped me become the best player I could possibly become.”
Liptak, who will play field hockey at the University of New England, a Division III powerhouse, was at times unstoppable on the field hockey field. Her intelligence, skill and vision allowed her to control large chunks of games. She was also versatile, playing every position except goalie.
“Sydney was a starter her freshmen year and grew into one of the best players who has come through our field hockey program,” Coach Liz Fontaine said. “Over the course of her four years, she’s played a variety of positions, taken on a multitude of tasks, and learned countless strategies. She was always the player we could count on to pull through and make the defensive play we needed. At the end of a game, when we were up by a goal, I wanted the ball with Syd.”
Liptak played field hockey and girls’ lacrosse for four seasons, serving as captain of both teams her senior year. She played girls’ basketball her freshman year, and indoor track her sophomore and senior years.
Lindsie Lavin coached Liptak for two seasons – in the fall as an assistant coach for field hockey and in the spring as head coach for lacrosse.
“The joy and happiness that Syd brings to the field is unprecedented,” coach Lavin said. “Although you can recruit and replace skills, we will unfortunately not be able to replace the attitude Syd has towards athletics. Her character, dedication and drive are intangibles and I know they will continue to bring her success as she takes on the next chapter in her book as an athlete.”