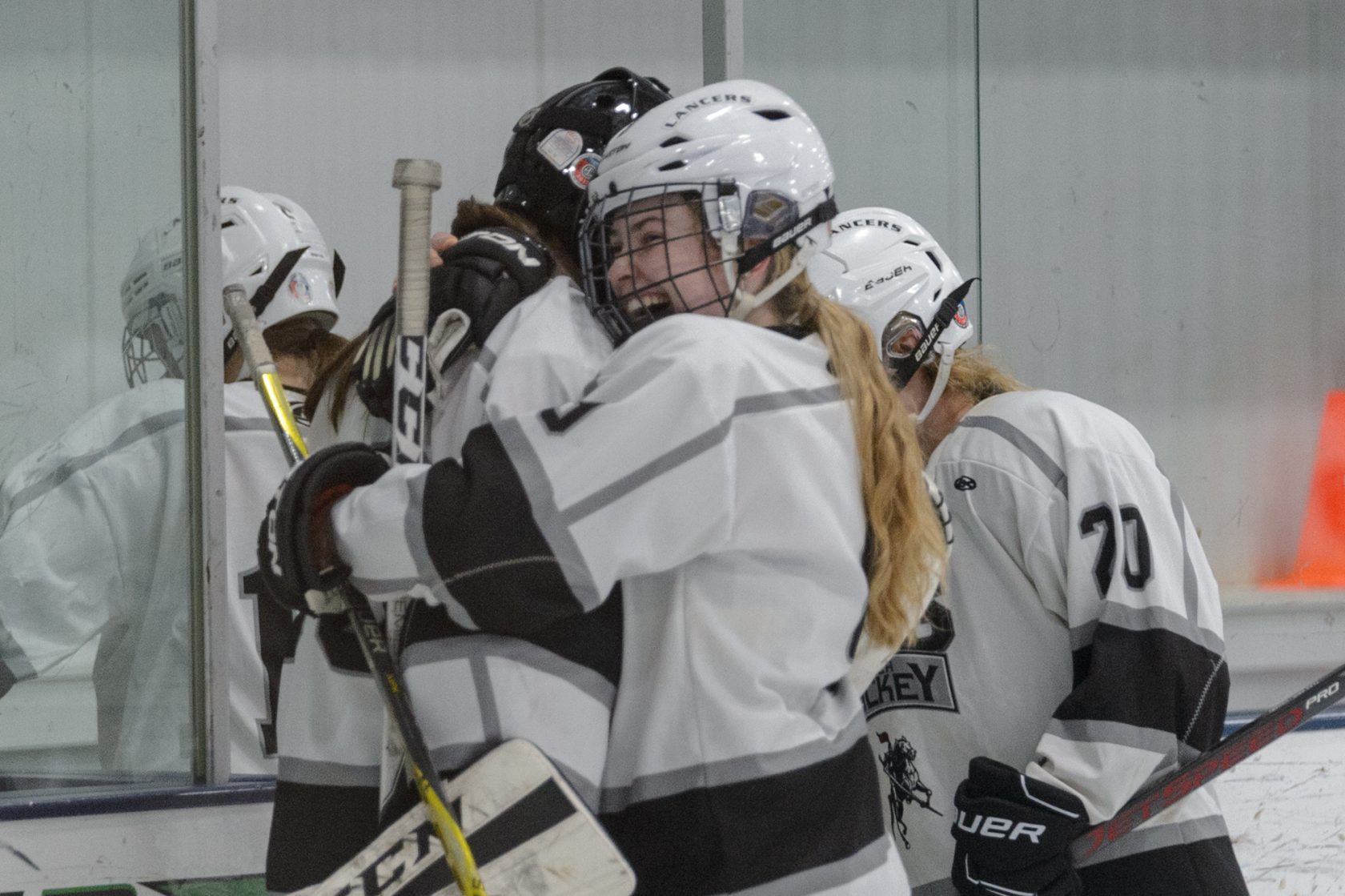 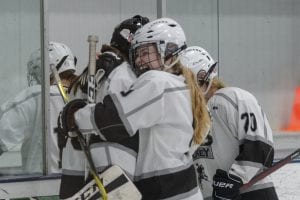 WESTFIELD – While the Longmeadow High School girls ice hockey (WHS co-op) team is playing in its first Division 1 state semifinal, there is something familiar about this game.
For the third time in four years, Longmeadow will face Methuen-Tewksbury in the postseason.
Methuen-Tewksbury knocked Longmeadow out of the playoffs in consecutive seasons (2015-16, ’16-’17) behind a heroic effort from forward Kelly Golini. Golini had a hand in all six of her team’s goals in the 2016 matchup with the Lancers, scoring three goals and assisting on three others. She followed that up with a hat trick the following year.
Last season, Longmeadow suffered an upsetting preliminary round loss to HPNA despite a hat trick from the Lancers’ sensational forward Brigitte Goeler-Slough.
This season, Goeler-Slough and No. 7 Longmeadow (14-2) have, thus far, put it all together, shutting out No. 26 Brookline 3-0, dominating No. 23 Masconomet Regional 6-1, and turning back No. 15 Shrewsbury 3-2 to advance to Monday’s semifinal game against third-seeded Methuen (20-1-1).
After receiving a preliminary round bye, Methuen dismantled No. 19 Westford Academy, 6-2, before thrashing No. 11 Peabody-Lynnfield-North Reading in the quarterfinals, 7-1.
The two teams will square off at O’Brien Arena in Woburn at 7:30 p.m.
“They’re a good team,” Longmeadow coach Melissa Vandermyn said in describing Methuen. “They lost their top scorer, but … they have another.”
That likely will not deter Longmeadow, which has been playing with a bit of an edge or somewhat of a swagger unmatched by previous Lancers’ squads.
That might be somewhat surprising to their most harshest critics, considering this team is comprised of girls hockey players from all over Western Massachusetts.
“It’s definitely hard if you only get to see people at practice every day,” Goeler-Slough said. “You don’t get to see them in school and you don’t get to grow as a team like that, but I think we have a really great time. We do a lot of team bonding after practices and stuff like that.”
While Goeler-Slough hails from Northampton, three players are from Westfield (Jordan Kowalski, Samantha Scanlon, Madison Fox), one from Southwick (Kayla Russ), and one from the hill towns (Kaitlyn Quinn).
“I think we all bring something a little bit different to the team and from our different school,” Goeler-Slough said. “We’re able to work really well together.”
Longmeadow senior goalie Kayla Brown has delivered a tremendous effort as well, allowing just three goals through three games and corralling 28 saves in the quarterfinals.
“This is everything to us,” Brown said. “This is what we’ve been working for for three years now. We’re a new program and we really want to define ourselves as having a presence in Massachusetts. Western Mass is kind of ignored for hockey and we really want to change that.”