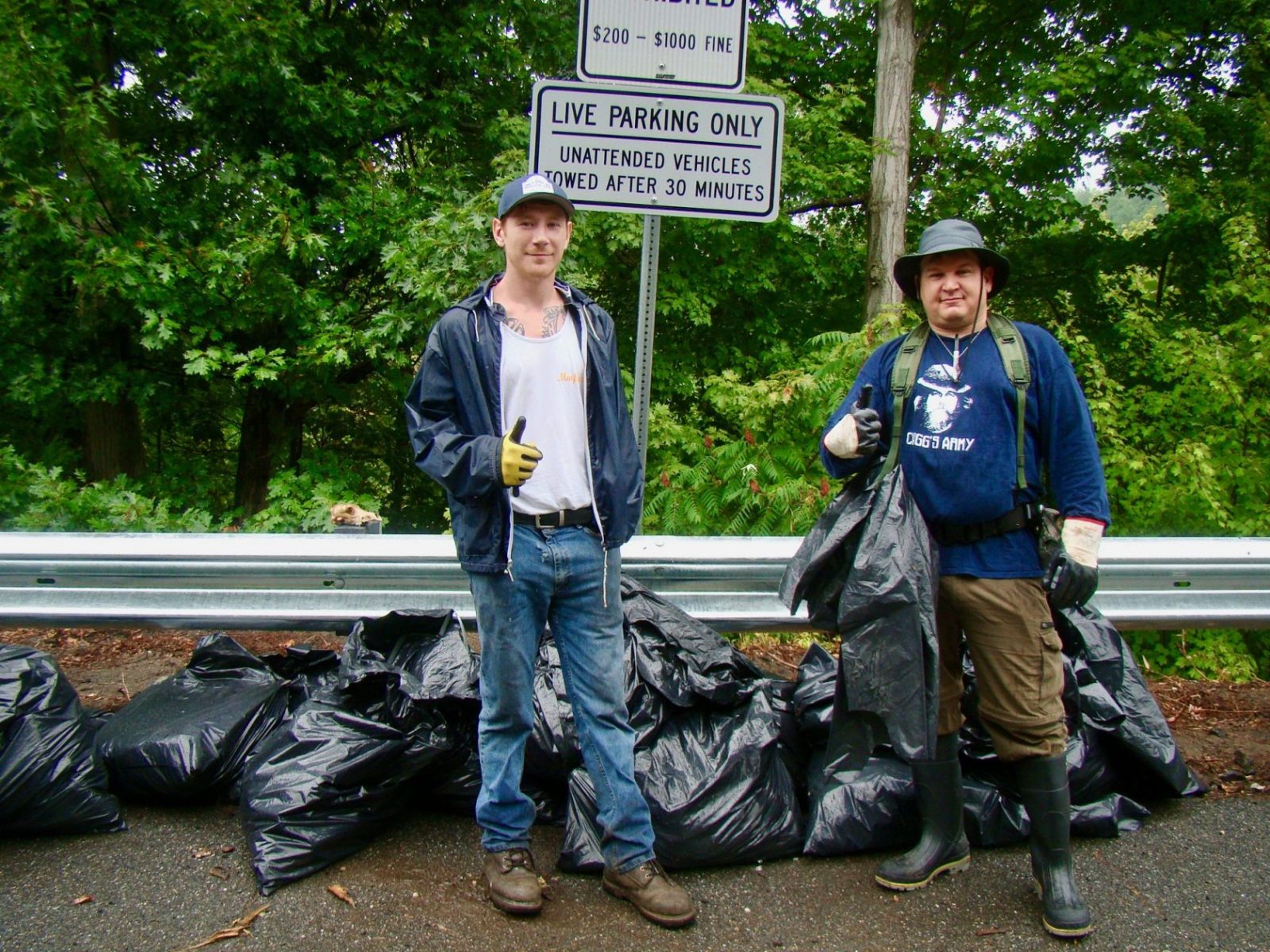 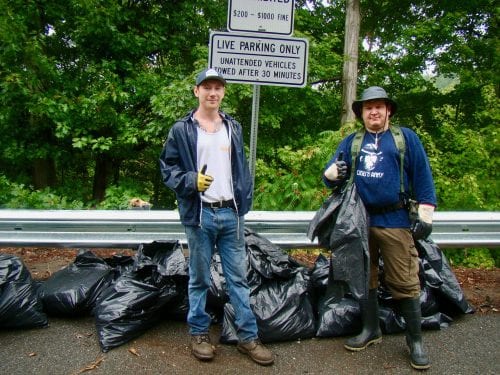 WESTFIELD – The City of Westfield joined the effort of the non-profit organization Make MA Fishing Spots Great Again on Aug. 29 to clean up popular fishing areas along the Westfield River that have become trashed.

Brett Richards of Ware, president of the volunteer organization, said their goal is to clean all waterways and fishing spots across Massachusetts, from the Berkshires to the beaches, as many times as they can.

The Westfield River was chosen this year because of the frequent complaints of residents and town officials that the trash problem was getting out of hand, and Richards said he doesn’t want people to lose the ability to fish in the river.

Westfield Flood Control Commissioner Albert Giguere said the City of Westfield supported the clean-up, since they weren’t able to hold their Earth Day cleanup this year, which always includes spots along the Westfield River.

Besides Giguere’s participation as a volunteer, Westfield Highway Superintendent Casey Berube provided two dumpsters which he parked across from the Circle K gas station on Route 20, and Westfield Conservation Commissioner Meredith Borenstein supplied buckets and bags.

Approximately 35 volunteers from across the state met at the Jacob’s Ladder pull off in Russell to collect trash from the riverbank and from the river itself, and then spread out to points downstream in Westfield.

Giguere said the Ruffo family gave permission to go on their private property, which they allow fishermen to use for access to the river, but where they also often find trash dumped over the railing and down to the river.