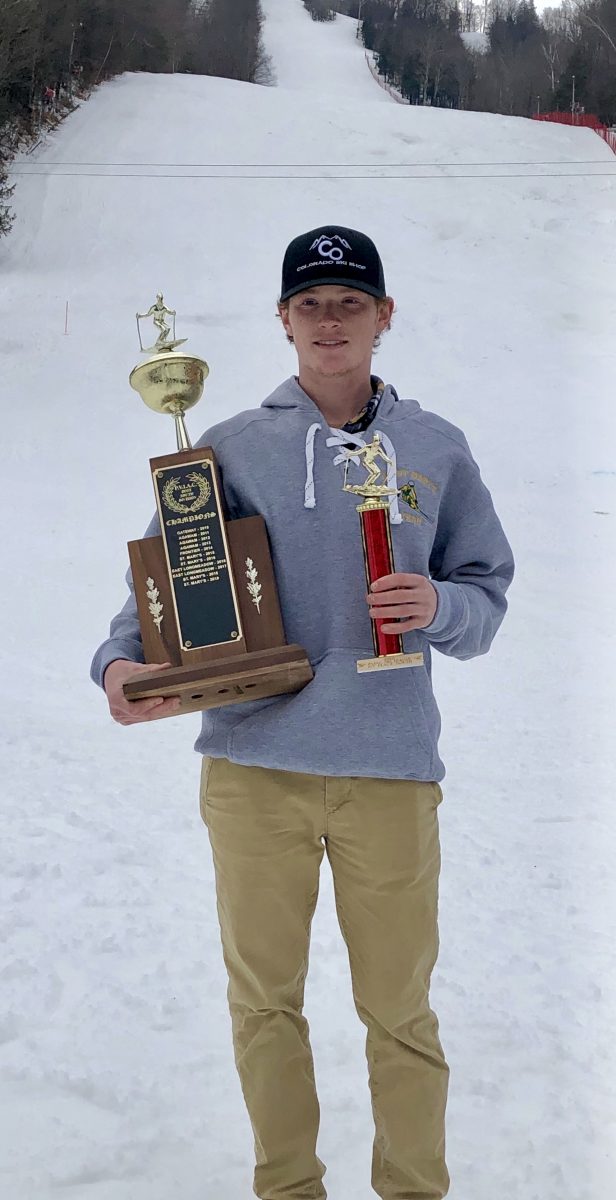 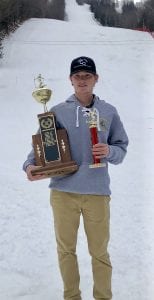 CHARLEMONT – St. Mary’s High School senior skier Jack Masciadrelli set the slopes at Berkshire East ablaze throughout the 2020 ski season, keeping all of Western Massachusetts in his rearview mirror. He capped off the year on a strong note against the best of the rest, fairing very well against the eastern part of the state.
Masciadrelli nearly cracked the top 10 on the Slalom, placing 11th overall with a timed run of 46.44 seconds at the state championships Wednesday. He was 22nd on the Giant Slalom (46.37).
Masciadrelli’s combined total time of 1:32.81 resulted in a 13th overall finish.
St. Mary’s earned a fifth place overall finish among 55 teams with senior Hayden Lussier (1:37.02), junior Manny Umana Kimura (1:38.31), and sophomore Collin Freeman (1:44.49) also contributing for the Saints.
It was St. Mary’s highest finish ever as a team at the state competition.
“It was a magnificent run,” St. Mary’s coach Andy Lussier said, noting the challenging conditions due to a warmer-than-average winter. “Everybody skied really well on our team.”
It wasn’t very long ago that this program was in its infancy, so to accomplish so much in such a short amount of time shows the dedication of the skiers, coach Lussier, and the parents of the student-athletes at St. Mary’s. 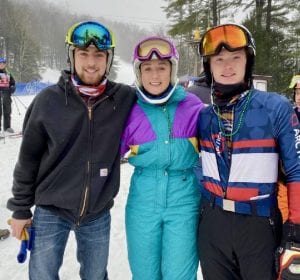 “We’ve never really had a big team,” coach Lussier said, “but the core of it is strong all the way through … and you can always count on Jack and Hayden to finish. They’re the backbone of this team.”
Masciadrelli and coach Lussier’s son Hayden began their high school skiing careers as seventh graders, the same year the ski program at the small private Catholic high school was born.
“Both are really good athletes, very coachable,” coach Lussier said. “They also don’t get too consumed by the event. They don’t get that performance anxiety, regardless if it’s the state championship or a PVIAC (Pioneer Valley Interscholastic Athletic Conference) championship.”
While Masciadrelli and Hayden Lussier will be sorely missed – both anticipate to graduate this spring – there are still some solid skiers with potential behind them expected to fill those spots on the team, according to the head coach.
“It will be a little bit of an uphill battle, but we should still be solid,” coach Lussier said. “We’ve had a good run. Hopefully we can keep it rolling for the next few years.”
The future is bright, especially with the return of St. Mary’s junior Chloe Lussier, who will have another year to make a run at a title. Chloe posted a 39th place finish on the Slalom (53.10).
“It was a good season for her coming back,” said coach Lussier, whose daughter Chloe posted a strong comeback season following a broken fibula suffered a year ago. “She had a lot of ups – there were some downs too – but you would be hard-pressed to find she had had a broken leg.” 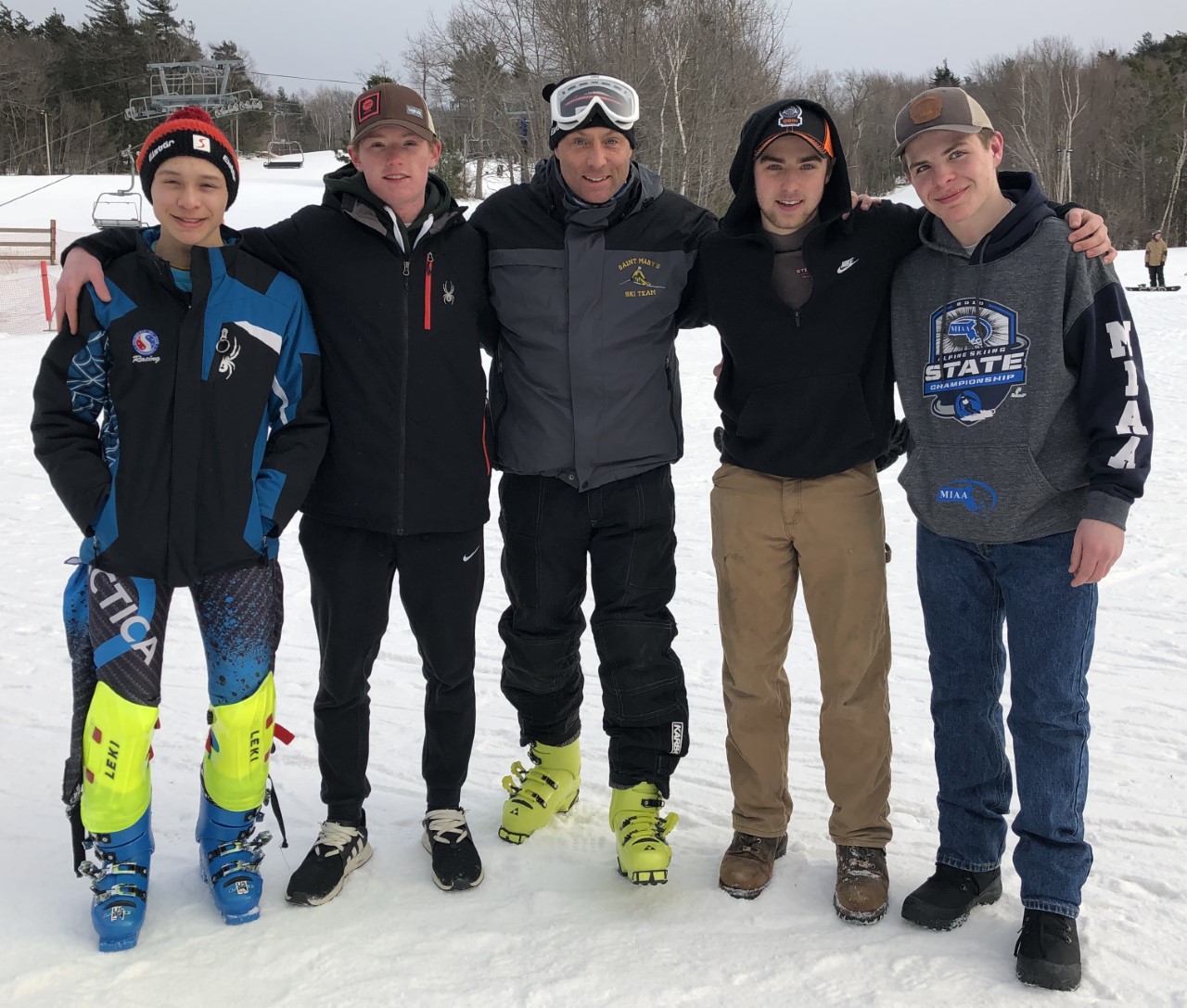 St. Mary’s skiers Manny Umana Kimura, Jack Masciadrelli, coach Andrew Lussier, Hayden Lussier and Collin Freeman have had a magnificent run of success since the birth of the program in 2015. (FILE PHOTO)